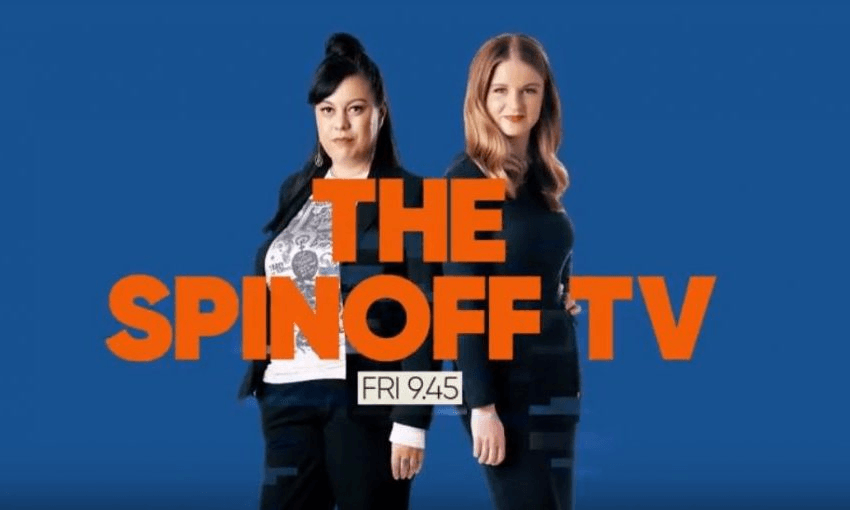 Not even kidding, the Spinoff TV debuts TONIGHT

Our first TV show premieres on Three at 9.45pm – here’s what to expect

Two years after writing the headline “Good news: TV is dead”, The Spinoff has been forced to expediently concede that its obituary came a little early.

Straight after the celebrated New Zealand institution that is 7 Days, we internet urchins will appear in your lounges for a half hour of chaos.

Hosts Alex Casey and Leonie Hayden will be your spirit guides throughout, talking you through the week as we saw it, and introducing the people who’ll make our show over the next 16 (!) weeks. They include José Barbosa, Ra Pomare, Angella Dravid, Thom Sainsbury, James Mustapic and Fricken Dangerous Bro, all of whom will feature heavily throughout the series.

It’s very exciting and very frightening, and we hope you like it. Here’s an on-air promo and a review of New Zealand’s third most popular show, Dog Squad, to help get you into your zone.

Thanks to NZ on Air.