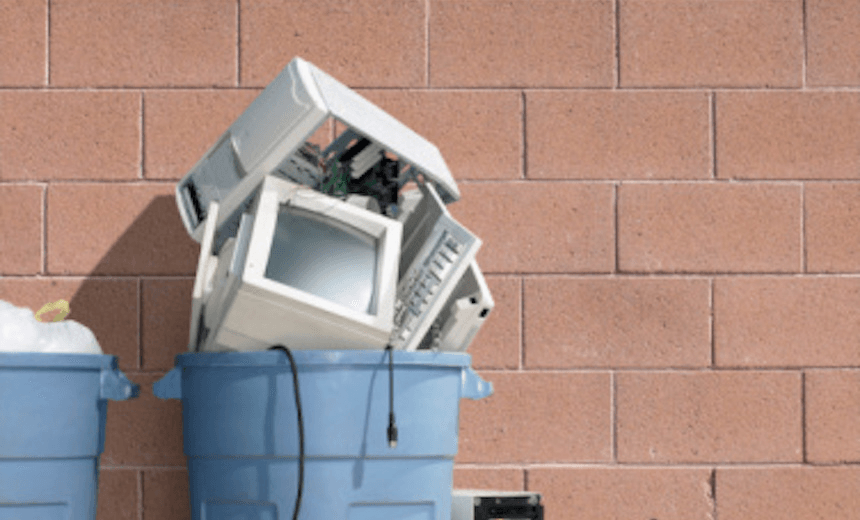 Trash can filled with computer tower, monitor and keyboard

You won’t believe what clickbait actually is

Trash can filled with computer tower, monitor and keyboard

A shocking abuse of language is taking place in media every day, and experts are completely lost on how to deal with it. One word has been so brutally abused, overused and mangled that it is now completely unrecognisable. Do you know this word? Click here to find out if you’re using this word wrong.

That word, if you hadn’t already guessed, is clickbait. And now that we’ve got you on to the page in the first place, there’s really no need for this article to continue. But google’s algorithm requires a certain number of words for content to turn up in searches, so in the interests of getting more clicks through that, here are some more words.

Clickbait has come to be a severely misunderstood art form within media. It isn’t necessarily easy to produce, despite what many assume. To really nail it, commissioning editors, writers, and social media editors need to work in harmony. A commissioning editor needs to have a nuanced understanding of what audiences want to read. A social media editor needs to understand how to sell, that is, to actually convert interest into action. And a writer needs to be able to deliver on the promise made by the previous two so that the reader is at least partly satisfied.

Sometimes, all three of these roles will be taken by the same person, which can lead to a singular vision, but can also be risky. Like with literally any other profession or industry, specialists tend to get better results than generalists. Creating clickbait is skilled work, done best by skilled practitioners.

If you’re still reading this and wondering if the whole article is a stupid joke, the answer is no. It’s not a joke.

Before we get to what clickbait is, here’s what it isn’t. Clickbait seems increasingly to be used to describe ‘a story I don’t like’. It isn’t that. Nor is clickbait necessarily a bad thing – the term literally describes something that encourages the reader to want to know more. A good headline can be clickbait, but for some reason, it’s celebrated when it’s in a newspaper, and condemned when it’s on the internet.

There’s a persistent snobbery attached to terms like clickbait, as if there is something wrong with giving audiences what they want. By definition, effective clickbait is democratic – people vote with their clicks, and the limited amount of minutes they have to look at the internet on any given day. And it’s good for publications to be responsive to what their audience want, particularly commercial outlets that literally need clicks to survive. Of course public interest journalism matters. But so does keeping the lights in the newsroom on, and heavy investigative stuff is generally expensive and unprofitable.

But in fairness, a lot of clickbait is pretty unsatisfying. And that’s because it doesn’t live up to the promise that has been made to the reader. “You won’t believe what happens next” turning out to be something entirely believable, for example. To some, once the click has been secured, nothing else really matters. But this is an incredibly short-sighted practice. Once the reputation of a publication starts to slip, discerning readers will stop visiting, and clicking. Social share numbers will drop on articles without satisfying contents.

Another part of the problem with the term ‘clickbait’ is that it gets used to describe quite a few very different things. So in the interests of bringing more nuance to the debate, I suggest the following terms to help with categorisation:

This is when a site publishes the most lurid, the most disgusting, the most horrifying things they can find, and joyfully sell them through the headline. If you’re human, you’ll probably find some reason to be appalled. Surely not, you will say – did such a terrible thing really happen? You simply have to know more.

This one is a good example, because it manages to cram a huge number of shocking search terms together, almost as if the headline was generated by algorithm. One important detail to the story that isn’t included in the NZ Herald headline: it happened in the US state of North Carolina, but including that detail would diminish the potential world-wide reach of the article. Because as anyone who’s studied audience analytics will know, nobody really cares about overseas events enough to click. Here’s another example that underlines this point.

The SAS? New Zealand has soldiers in a unit called the SAS. Could that have been Billy from down the road who joined up last year? No, it turns out, it’s the British SAS. And if you were hoping for a discussion about the role of western military force in a seemingly intractable conflict in a poorly understood part of the world, you won’t get it here. This one does exactly what it says on the box – it’s about a super-soldier who fucked some dudes up with a hammer. What were you expecting?

One important thing to note about both of these examples is that they’re syndicated from the Daily Mail. It’s entirely possible not a single person within the NZ Herald newsroom laid eyes on this content before it was auto-published, and they’re certainly not devoting the time of actual journalists to stuff like this. Syndication sites like the Daily Mail or news.com.au can be amazing sources for shockbait. But if you put too much of that sort of thing out under your own name, people are going to think it’s you doing it.

When a sell promises some interesting scientific sounding information, which turns out to be junk. A naive reader will think they should click, because the article could form the basis of an interesting water-cooler anecdote down the track.

No, there wasn’t an earthquake of any sort caused by Mexican soccer fans.

Thinkbait is a polarising form of the genre though, because it can be done incredibly well. Presenting scientific information in a way that actually makes people want to know more isn’t easy. Across New Zealand’s media scene, the best thinkbait merchants tend to work under the byline ‘Newshub staff.’

Wokebait is a tricky one to define, because it’s hard to find the line between enlightening, important commentary, and blatant, cynical wokebait. Fortunately, Upworthy exists to help define that line.

Not one of these headlines gives away what is actually in the article. But you’d be a bad person if you didn’t click on something that was so clearly against bigotry, right? The idea with wokebait is to make you think that clicking these articles is in some way a political action. But it’s not. Actual political actions are time-consuming, difficult, and often boring. Why bother doing that, when you can just retweet something based on the headline/picture combo? Interestingly, from experience these sorts of articles tend to do disproportionately well in terms of social media shares, but poorly in terms of actual clicks, and downright terribly in terms of time spent by each reader on the page.

Of course, that’s not to say that all political content is rubbish, far from it. But you should always have a look and see who wrote the article, and why. If they’re directly connected to a particular issue, have experience or expertise reporting on it, a history of advocacy for that specific topic, or have advice for specific political actions that can be taken, then that’s great. It’s probably worth reading. If not, it’s probably wokebait.

Will you literally die? If you don’t click here to find out, you’ve only got yourself to blame.

Will you get to see breasts… *on the internet???*

Not all takes – or in pre 2010s terminology, opinions – are created equally. There are various forms of takebait. Sometimes the headline exposes the writer as someone who holds objectively monstrous opinions, and you have to read more to see exactly how monstrous. Sometimes the writer is trying to push the boat out further on an already controversial issue. And sometimes, the take is so utterly inconsequential, you wonder why it was ever published at all.

Otherwise known as shitposting, this can be one of the most difficult, and rewarding forms of clickbait to produce. It requires an instinctive understanding of multiple layers of irony, and a deep awareness of what will simultaneously make some people laugh, and others furiously angry. And when done right, like the best satire, it can be an illuminating commentary on media, culture and society.