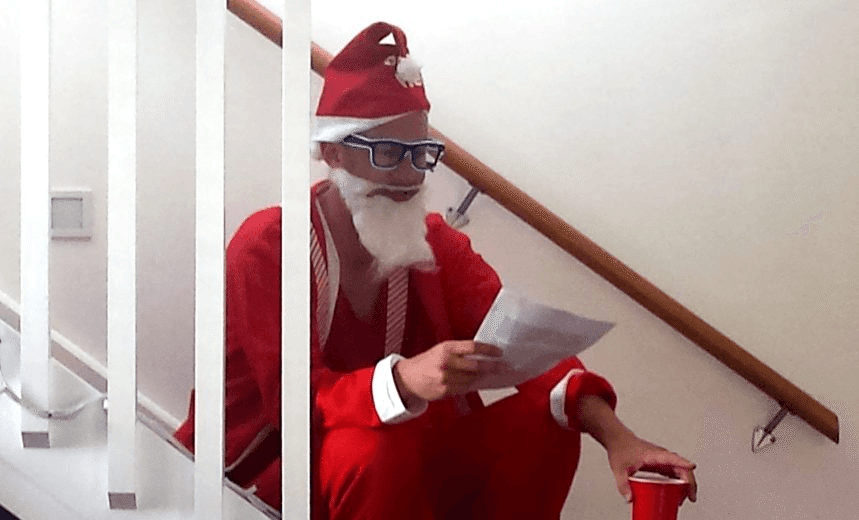 Happy Christmas and so forth to you from the Spinoff!

A brief note of festive gratitude as we plunge into hibernation (mostly) for a fortnight.

The final Friday beer gong of the year has reverberated through Spinoff headquarters, and we are just about out of here.

From tomorrow, our “Summer reissue” series begins, in which we showcase some of the best Spinoff writing of the year. It won’t be entirely regurgitation – for example, Emily Writes’ fabulous parents section, much like actual parents, is barely sleeping, and we’ll publish lists of our most-read and most shamefully neglected posts just after Christmas, helpfully timed for those unable to move their legs.

Normal transmission will resume in the week beginning January 9, aka Trump-inauguration-minus-11. In the meantime, we strongly advise that you keep close to hand for the coming weeks the Official Spinoff Summer Media Drinking Game, painstakingly compiled by New Zealand’s leading Millennial ethicist, Hayden Donnell, and guaranteed to make those lazy, hazy days of summer hazier still.

On behalf of everyone at the Spinoff, including Dear Leader Duncan Greive, who is unavailable after becoming locked for the last week in an exhaustion-induced trance reading aloud his draft longform verse “Disruption with Duncan”, very many and heartfelt thanks to Spinoff readers for your company in this tumultuous year.

The site’s serried content-creation divisions have pretty much doubled, as has the content-creator headcount; our unique-user tally has increased more than four-fold, with more than 500,000 users stopping by in November. And we’ve had a huge amount of fun.

Thanks, too, to our incredible contributors, and to our beloved sponsors, without whom we’d be nothing but a gutter slashfic weblog. If you want to boost the Spinoff, give them your business/love/attention. And by them we mean: Lightbox, Spark, Bigpipe, AUT, MBM, Flick Electric Co, Kiwibank, Unity Books, Creative NZ, the MacDiarmid Institute, Callaghan Innovation, Vinomofo, the Asia New Zealand Foundation, the Human Rights Commission, Ateed, Auckland Live, Universal Music, BON Tampons, Little Big Crate, Float Culture, Cult Wines, DB Breweries, Garage Project, Barkers, and L’Affare.

A safe and merry Christmas/Hanukkah/ Kwanzaa/Festivus, and a very happy new year. See you in 2017.