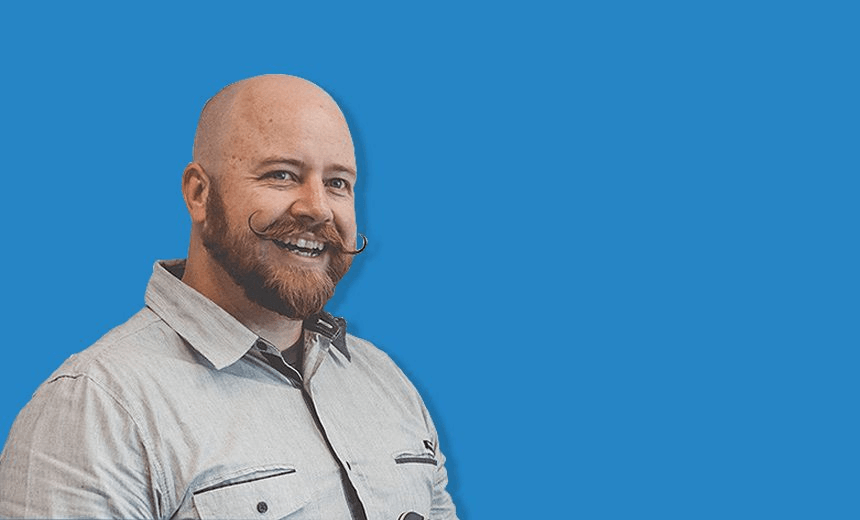 Podcast: Business Is Boring #17 – Colart Miles on being agile and lean in business

How do companies that don’t have an innovation mindset get one? What even is an innovation mindset? Well, it’s a way of applying a new way of thinking to a business and it isn’t, as the name innovation might suggest, something that’s made once and just done. Our guest today, Colart Miles, has helped explain better than anyone else I’ve chatted to so far what exactly this is and why we want it.

It’s really, as far as I can reckon, a lot of work bringing in a mindset that questions everything and, importantly, a range of working disciplines that allow you to experiment, measure and properly scope work and theories to get from where you are to where you need to be. I advise you don’t play any new-business jargon drinking games as it might be quite bad for your health in this chat. We get into what a lot of these terms actually mean; lean, agile, waterfall, innovation, kaizen. And hopefully they will all mean a bit more to you at the end. Colart’s part of the new Callaghan Innovation Driving Innovation project, and joins us to chat about coaching that process.

Either download or have a listen below, subscribe through iTunes or read on for a transcribed excerpt.

We hear these words ‘agile’ and ‘lean’. What’s the working definition? How do you explain it to someone you meet at a barbecue?

The most useful definition that I use, and it’s for myself, is ‘agile’ is an approach that delivers customer value early and often. You can break that down into its components. ‘Customer value’; who determines that? Well, the customer! And you’ve got to get close to them. ‘Early and often’ means you don’t hold it back and release it in big batches. You’re careful about the size of release that you do. That’s the definition that works best for me.

Anyone who is curious about the effects that this way of thinking has starts to realise that there are many levels to understanding what this is. And I think the conclusions that most of us get to is: it’s a mindset first. It becomes a philosophy, it becomes a way of seeing the world. Like a lens that you see the world through, that you see problem spaces through. Then from that you start to build back out again to the practices and frameworks and buzzwords that you hear around the houses. But very broadly speaking, it’s a mindset that you have to cultivate.

So how does one cultivate a mindset like that? If you’re, say, a panelbeating shop, can you apply the same ideas of lean thinking that you could if you were a large production line or a software company?

I would argue yes. In it’s most basic form, I think I’d start with just watching how work is done. And there are a lot of frameworks to start with that will start revealing the mindset aspects. Often, in an environment like that, I would probably use a visual workflow system of some kind. There’s an example that might be useful for panelbeaters out there, where let’s say, you’ve got two approaches to dealing with a customer that comes into your shop. They’ll come in and say ‘I’ve got this dent in the bumper and I need to get it fixed.’ So how you deal with that can be one of two ways. A lot of environments insist that the customer cannot wait so they’ll say ‘yes, we’ll get started on that right away’ and they’ll leave the customer with the impression that their car is currently being worked on. When in actual fact, the capacity of the shop can only take two or three cars at a time. The likelihood is that car is sitting in a lot somewhere, waiting to be evaluated and to be folded into their normal working practices.

Saying yes to the customer is a really tricky thing to do because then you start to inflate your system. So one of the ‘lean’ principles is to limit the work in progress and there are a bunch of levels to why this is a good idea but at it’s most fundamental level it means your system has to focus on the task at hand and not get distracted by things around it. Alternative policy might be ‘we’ll take possession of your car and it’ll go into the lot, just be aware that there is a waiting time for it. We will not be working on it immediately, okay?’ Now, anyone running a good lean process would, after a while, be able to predict what the cycle time is for things. Then be able to announce to the customer ‘this is probably how long it’s going to take’. Which becomes very useful for a customer because you can plan your life around that, especially if it’s reliable. So that’s policy ‘B’. We will let them know that we’re not working on it right away, that they’re in the queue, and they’ll be dealt with as soon as possible. And the predicted waiting time is xyz, whatever that is.

This is a really simple thing to adopt and what it does do is it’ll start to ripple back into your workshop. You then start to insist on the teams working on cars that they never take in more than a certain amount at a time. The rationale for this is that a lot of energy goes into a through put, so it means the likelihood of a car getting in and being processed and getting done is higher and shorter because there’s more focus on it.

So there’s this philosophy around helping a customer understand exactly where they’re at.