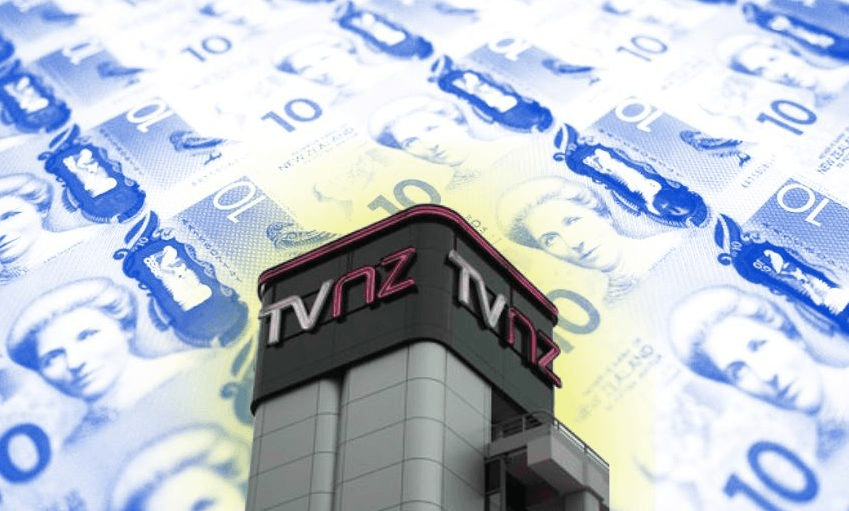 Revealed: TVNZ’s plan to become a not-for-profit while it turns to face Netflix

TVNZ has told its government owner that it will in effect become a not-for-profit, with the goal of returning a dividend jettisoned in favour of a focus on “the future sustainability of the business”.

In the annual “statement of performance expectations” for the year ending June 2020, the broadcaster notes that given “the forecast financial performance… the Board does not anticipate paying a dividend in the foreseeable future.” When asked by the Spinoff whether he was comfortable with the indefinite end of dividends from TVNZ, Kris Faafoi, the minister of broadcasting replied that he was.

The statement comes amid a torrid commercial market for television advertising, and media more broadly. MediaWorks revealed last week it would indefinitely postpone its much-hyped local version of the Love Island franchise, citing the softness of the television advertising market. The company’s veteran head of content Andrew Szusterman announced his resignation in the days that followed.

TVNZ’s statement contains forecasts for the 2020 financial year that suggest an operating profit of just $2.4m on $310m in revenue – one that would result in a $17m loss once depreciation is taken into account.

Meanwhile MediaWorks, which broadcasts Three and Bravo, announced a $5.5m loss for 2018 in May. The company, which also operates a range of radio assets, has now lost a combined $25m in three years, and its CEO, Michael Anderson has attributed its struggles in part to the difficulties of operating in a free-to-air television market in which the biggest player is government-owned and able to effectively decide what level of return to make.

Anderson has in the past pointed to the distortions in the market created by the state “liferaft” provided to their main competitor. Late last year he said the situation was so dire that there was “a genuine risk that the government, through its owned media channels, may become the only broadcaster in New Zealand”.

Much of the issue hinges on the ambiguity of the phrase “foreseeable future”. Asked for clarification, TVNZ did not address the specifics, but instead issued the Spinoff a statement, saying: “TVNZ’s competition has shifted from local to global and some of these players are prepared to lose billions of dollars in the near term to build a strong position for the longer term.”

The spokesperson added: “Against this backdrop, maximising investment in the future sustainability of the business makes more sense for TVNZ than maximising near term dividend yield.”

The revelation comes against a backdrop of a media industry in crisis. Stuff has just told staff it will remain unsold after expressions of interest failed to reach a satisfactory level for its Australian owner. NZME, publisher of the Herald and owner of many radio brands, including Newstalk ZB, is struggling with a $100m debt burden. Sky is worth less than $500m, having lost around 80% of its value in the last five years.

Just yesterday NZ on Air convened an unprecedented meeting of the heads of all the major news organisations, along with representatives of the NZ on Air board, ministry of culture and heritage and minister Faafoi, to discuss the long-term sustainability of journalism.

The challenges have come through a massive glut of advertising inventory, with the likes of Google, YouTube, Facebook and TradeMe creating opportunities for businesses and government to use alternate means to reach audiences. At the same time, the rise of digital has splintered audiences, with the likes of Netflix – which NZ on Air’s own research says is now New Zealand’s second-largest channel – leaving TV networks with the same costs spread over fewer viewers.

In 2017, Labour campaigned on creating a new, ad-free free-to-air channel as part of a $38m funding boost, policy which remains live on its website. NZ First promoted an ad-free TVNZ. Yet since the two parties entered coalition there has been little movement, aside from the requisite advisory group. With a general economic tightening in the air, there is a renewed sense of urgency from senior media figures, with one media executive suggesting that even a mild recession could wipe out multiple huge media brands in “months, not years”.

It highlights the anomalous nature of the New Zealand market. In Australia the major state broadcaster in ABC is commercial free, as is the BBC in the UK. Under the previous Labour government, some of TVNZ’s structural advantage was negated by its operating under a charter, obligating it to perform certain public good works. The charter was abolished by National in 2011 with the Television New Zealand Amendment Act, which removed those obligations, instead only requiring that “TVNZ carries out its functions and maintains its commercial performance”.