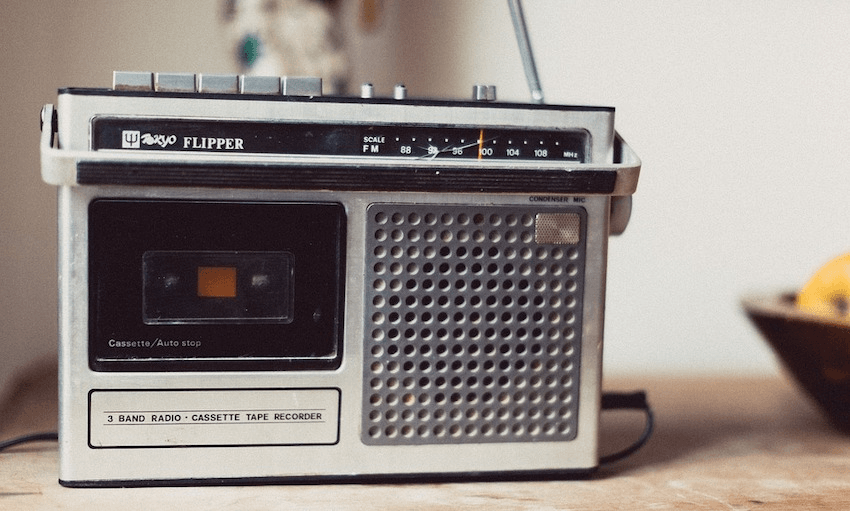 A short history of New Zealand talkback hosts disgracing themselves

John Banks’ racist exchange with a Magic Talk listener on Tuesday was the latest in nearly 50 years of talkback scandals involving the hosts of radio talkback shows. Donna Chisholm has the receipts.

1972:  On Radio I, sports talkback host Tim Bickerstaff launches a “Punch a Pom a Day” campaign after All Black Keith Murdoch was sent home from Wales for assaulting a security guard. According to writer Phil Gifford, an English woman rang in saying she couldn’t believe Bickerstaff really meant it and began to cry. Bickerstaff told Gifford he waited until 60 seconds of sobbing had passed before snapping, “Stop blubbering you silly Pommie cow.” Bickerstaff had roared with laughter. “Kept it going another six weeks, mate.”

1999: Listener Cyril tells Radio Sport host Martin Devlin he deserves to be treated like a schoolboy because of the way he interviews people. Devlin is taken to the Broadcasting Standards Authority after responding: “What a tosser you are Cyril. How dare you ring me up and say this you plonker. You sound like a crotchety old man who pees in your pants. Bugger off.” The BSA partially upholds the complaint.

1999: In a 3am call to Newstalk ZB fill-in host Mark Thomas, NZ First leader Winston Peters responds thus to an adverse comment from Thomas about the party: “You don’t have a brain you little fart; you’re a stupid little bastard.” When station general manager Bill Francis rang Peters’ office to suggest further calls might land Peters in trouble, a horrified press secretary said Peters had been encouraged to have an early night but didn’t always follow such advice.

2001: Leighton Smith describes a Newstalk ZB talkback caller as a nutter when he challenges the views of a professor who had been on the programme disputing global warming. Smith said his treatment of the caller was “gentle”, but the Broadcasting Standards Authority (BSA) upholds a complaint.

2011: In a diatribe about the coverage of the “teapot tapes” during the height of the election campaign, Radio Live host and former MP Michael Laws says the media has gone mad and “if I had a gun, I’d shoot them, put them out of their misery, because they have gone rabid and may affect others… the Herald on Sunday, for example, which is rabid all the time, no idea why somebody just hasn’t taken a shotgun there and cleaned out the entire newsroom.” Laws was stood down for the programme for six weeks and a complaint to the BSA was upheld.

2013: While interviewing a friend of an alleged victim of the Roast Busters group then under investigation for rape, Radio Live talkback hosts John Tamihere and Willie Jackson ask her about her sexual habits, dress sense and drinking, and what age she lost her virginity. The pair was stood down and the show ended when multiple advertisers pulled out.

2014: Veteran protester Castislav “Sam” Bracanov (78) throws a bucket of mud at former Act leader John Banks outside the High Court. Bracanov, charged with assault, told a judge the act was in revenge for remarks Banks made when he was a talkback host on Radio Pacific 22 years before, and again, five years after that. “I’ve been waiting 22 years for revenge,” Bracanov said.

2016: Martin Devlin (again), after receiving an abusive text from a listener, phones the person on air while making abusive comments about them. He also reads out their mobile phone number, breaching their privacy. The BSA upheld a complaint against him.

2018: Heather du Plessis-Allan refers to Pacific people as “leeches” on New Zealand on her Newstalk show Wellington Mornings with Heather du Plessis-Allan when discussing prime minister Jacinda Ardern’s decision to visit Nauru. She calls Nauru a hellhole and says the Pacific Islands “don’t matter. They are nothing but leeches on us. The Pacific Islands want money from us.”

In 2019, Newstalk ZB host Marcus Lush is widely applauded after challenging two women callers who said it was their right to pronounce Māori place names wrongly because that was how they’d always said them. Lush told one caller she was disrespectful and wilfully ignorant and said to the second: “Wow. You are extraordinary. This call almost should go into Te Papa. You are deliberately misrepresenting a language.”

This list is about hosts behaving badly. For a history focusing on the people on the other side of the phone, read Hayden Donnell’s deep dive into the world of phony political talkback calls.

With thanks to Bill Francis, whose book Inside Talk Radio (2002) was an invaluable resource in researching this piece.