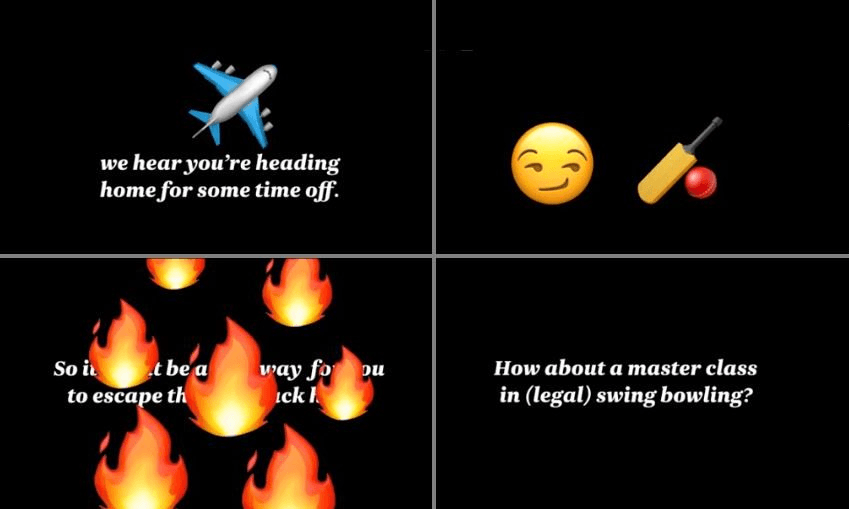 We review the entire country and culture of New Zealand, one thing at a time. Today, the national carrier’s online video mocking the humiliated Australians

The Newshub headline called it a “ruthless offer”. Stuff called it as a “cheeky offer”. Friendly local website the Spinoff thinks it was “a bit of a dick-move offer”.

That offer, of a break in New Zealand, was extended to the disgraced Australian cricket captain Steve Smith in a video shared by Air NZ on social media early yesterday evening. The following evening, at about 9pm on Thursday, it was withdrawn faster than the lolly basket on a smooth landing, and can no longer be seen anywhere, apart from most of the news sites in Australasia.

In an attempt at ruthless cheekiness, the video trolled Australia over the ball-sandpapering scandal in South Africa that has resulted in expulsion from the squad and lengthy suspensions for Smith, vice-captain David Warner and rookie batsman / sandpaperer-in-chief Cameron Bancroft.

“Hey Steve, we hear you’re heading home for some time off,” goes the video.

The schadenfreude soon morphs into gloating. There aren’t any actual jokes but there are quite a few emojis.

“While you’ve been a naughty boy, our boys have been doing rather nicely. This Friday, we’re taking on the Poms again, in Christchurch. How about a master class in (legal) swing bowling?

“Oh, also. It’s a little cooler down south. So it might be a nice way for you to escape the heat back home. David and Cameron are welcome too. Anyway, offer’s there.”

The Spinoff Board of Review is broadly in agreement with the position taken by Australian cricketing legend Merv Hughes, who tweeted, “No respect …… shit add!!”

The board would also note in the airline’s mitigation that its judgement was probably rocked after being showered in bombastic spittle by minister Shane Jones in recent days and also waiting for Barack Obama to get on with it and tweet about New Zealand.

Good or bad? Bad. And good that it’s been sandpapered.