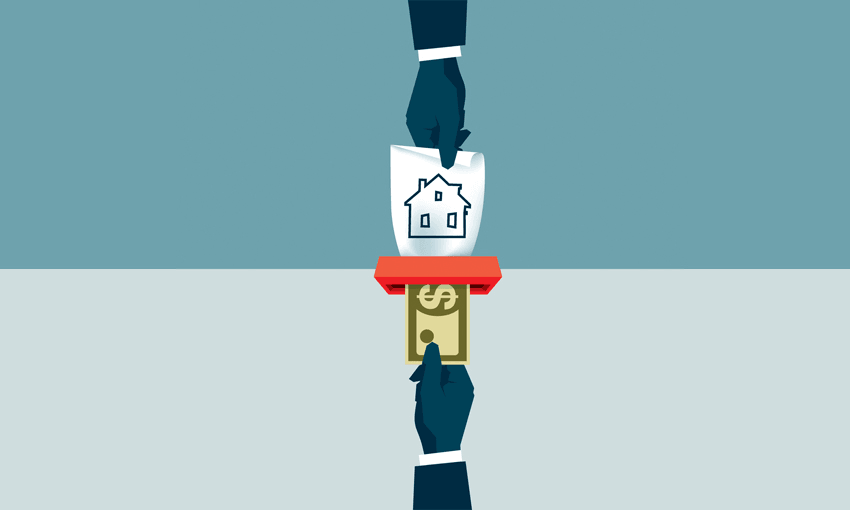 Banking without the banks: the state of peer-to-peer lending three years on

In 2014, New Zealand was one of the first countries to legalise peer-to-peer lending. Jihee Junn takes a look at what effect it’s had on the country’s borrowers, lenders and financial institutions three years on.

You might not remember much of it, but a lot of stuff happened back in 2014: John Key romped home to another comfortable election win, Wills and Kate swept through the country with a baby prince in tow, Telecom decided it wanted to rebrand to Spark, and Mike Hosking was elevated to his newly minted role as high priest at Seven Sharp.

2014, however, was also the year the country’s financial industry underwent a significant change – one that few in New Zealand will remember or even know about. That change was when peer-to-peer (P2P) lending and equity crowdfunding was finally legalised in New Zealand, making our tiny nation one of the earliest adopters of the practice around the world.

For the latter, Snowball Effect and PledgeMe led the way with the FMA awarding its first equity crowdfunding licences to the two firms. For the former, the first licence for P2P lending was granted to Auckland-based platform Harmoney, which was founded by Neil Roberts that very same year.

While many will likely find the concept of equity crowdfunding more digestible due to the proliferation of crowdfunding in general, peer-to-peer lending continues to find itself flying under the radar. But as the name suggests, the practice simply involves transferring money from one peer (the lender) to another (the borrower) in much the same way a bank would grant you a loan.

“It’s all part of the sharing economy… and with P2P lending, you’re basically sharing your excess liquidity,” explains Binu Paul, managing director of SavvyKiwi and co-founder of Pocketwise. “You have a group of people who have money that’s liquid, and you’ve got another group of people who actually need that money and are happy to pay for it. So it’s a classic case of the sharing economy. All of equity crowdfunding and P2P lending falls under that same umbrella.”

Over the past few years, the banking sector’s endured quite the disruptive period as the rise of financial technology (aka FinTech) platforms have revolutionised the way we store, borrow, lend, spend, learn, earn and think about money. FinTech is attempting to simplify and democratise the world of finance to a whole new group of people, and P2P lending at its core is no different.

Several factors, both global and local, have come together over the years to give rise to new financial solutions — ones in which you can engage in banking but without the banks. Some of these factors include interests rates being close to zero, plummeting public trust in financial institutions, low returns on ‘safe’ bank deposits, and a property market at bubble proportions.

While financial observers like Paul rarely go so far as to label P2P lending as a fundamental disruptor of the banking business, he does agree that its rise as a lending alternative has given a serious wake-up call to mainstream banks. “If you think about it, the most profitable part of any bank is its lending operation. So whenever you have a smarter, more agile, more nimble startup player come through, it’ll definitely catch the attention of the major players. Not so much because they’re completely disrupting it, but for the potential that they might disrupt it in the future.”

“I think it’s given them a small vision of what things might look like in the future, and that future could look pretty scary for a number of these large incumbents, largely because of their agility and the fact that there are very low overheads when you’re doing an online business.”

When the FMA issued its first-ever licence for P2P lending back in 2014, it was all part of the organisation’s wider goal to facilitate new capital-raising opportunities in New Zealand and contribute to the government’s business growth agenda.

“The government wanted competition within the capital market and banking sectors. Those markets had become less competitive and offered fewer options for retail customers in particular,” recalls Harmoney’s Neil Roberts. “The government wanted to empower new business models with tech, efficiency and automation at their heart which would deliver more options that were better disclosed and with different propositions around managing a risk for a return.

“Peer to peer lending offers such a different model and has delivered in New Zealand faster and with deeper penetration of the marketplace than the UK or the USA. We’re still tiny in the [global] market, but more advanced than the larger markets that have had years of advantage. Fintech starts small and niche – it’s the growth and rate of consumer adoption that is the exciting part of the story.”

As the first company to be issued a licence to operate, Harmoney has naturally led the way when it comes to P2P lending in New Zealand. Since launching in September 2014, it’s lent more than $655 million via 37,000+ loans and paid more than $87 million interest in total. In the most recent financial year, Harmoney saw over more than 830,000 investments made in loans by almost 5,400 unique investors.

“Fifteen thousand Kiwis have invested in loans or lent through the Harmoney marketplace – that’s fifteen thousand different reasons for doing it and different strategies in doing it,” says Roberts. “Some of those reasons are because it’s fun and you can come in and choose who you want to lend to. Some of it’s economic because they believe the results that they get will be far better than perhaps some other investments. Some of it’s because of its disruptive element since early adopters are really passionate in general.”

One of the major reasons why P2P lending has proven so successful comes down to its ability to provide the most valuable asset of a modern service today: convenience. Convenience because borrowers don’t have to go through cumbersome bank procedures and convenience because it can all be done online.

“I didn’t have time to deal with the long horrendous process of borrowing from a bank. I needed a loan fast,” recalls Velda Fox, who first used Harmoney back in 2015 to help kick-start her Wellington-based catering business Da Munch Box. “I didn’t know anything about P2P lending before. I found out about it online…but it ended up being really simple and easy to use.”

It’s not just in business where speed can make or break an outcome either. When Robbie, a seven-year-old Border Collie, suffered a crippling spinal injury from an accident, his owner Tracy decided to import him a wheelchair rather than having him put down. While she initially planned to save up, she saw how urgently Robbie needed the help. So in desperate need of a safe but quick way of acquiring money, she took out a loan via Harmoney instead.

Paul adds that as well as providing an efficient service that can all be done online, P2P lending caters to what he calls the “fringe customers” around the banking system. “The way I look at it, there’s a part of the population that larger institutions – for various reasons – may not want to cater to. For example, it might be because they have smaller sums to invest or lend.”

“[You also] have a situation where when you create an online business, your overheads are really insignificant compared to what some of the larger institutions have to dish out. So there’s a natural space for a fully digital, fully online experience to come along and cater to that population,” he says. “The better user experience someone can create, the more consumers are going to be using it.”

In its first annual snapshot of P2P lending released last month, the FMA found that individuals took out $121 million of new loans in the year ended June 30. And while that figure still pales in significance to established lending channels ($10.89 billion worth of personal consumer loans were taken out with banks as of September 30), the rise of P2P lending is still forcing banks to take notice as larger incumbents look to either collaborate with (or even acquire) FinTech startups.

“There’s always the fear of missing out,” says Paul. “If I’m not a party to this new trend, then I might miss out on it in the next three to five years time.”

Paul also predicts that P2P in New Zealand may get more specific in the future. In the US, for example, a number of platforms are allowing customers to take out student loans using the peer-to-peer method. In a couple years’ time, New Zealand’s P2P industry could also evolve to become more niche, catering to markets such as property, car financing and student loans.

Along with personal loans, P2P services like Harmoney have also seen an increase in businesses utilising the platform, and it’s estimated that $100 million will be loaned to business accounts via the platform within the next six to twelve months. “It’s still at a slow pace,” acknowledges Roberts. “But the growth’s been really quite compelling. So the future’s open and exciting.”

“People deserve better from their investing and borrowing. If we work hard on a better product and providing what people want, we’ll create highly skilled and well-paid jobs that retain our best talent.” And as a country competing in a high-paced, high-tech global market, it’s the least New Zealanders could be asking for.

This content is brought to you by Harmoney. Kiwis deserve better when it comes to personal finances, and Harmoney now offers New Zealand’s lowest Unsecured Personal Loan rate from 6.99% p.a. *Please see the website for fees and charges, terms and conditions apply.