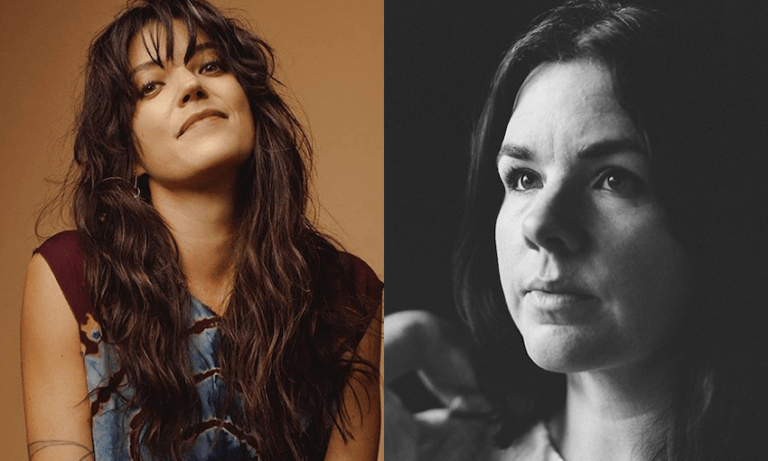 Under Cover is a new series that brings musicians together via video link to bond, chat, and play each other’s songs. The fourth episode features Sharon Van Etten and Hollie Fullbrook (Tiny Ruins).

American singer-songwriter Sharon Van Etten and New Zealander Hollie Fullbrook of Tiny Ruins found each other back in the MySpace days, but after everybody else had abandoned the social network and it had become a wasteland whose only purpose was for musicians to share their music. Fullbrook sent a message, and a friendship bloomed from there, with Tiny Ruins eventually opening for Van Etten on tour.

While Hollie has been lying low in West Auckland with her partner and two “very naughty dogs”, Van Etten has been in lockdown in LA, experiencing another Covid-19 surge and trying to explain the pandemic to her three-year-old.

The pair talk about Van Etten’s incredible show at the Powerstation last year, travelling to New Zealand beaches together, and how the BLM protests at the moment are affecting the way they see and engage with the world.

Van Etten had to cancel two weeks of shows in April – plus her own wedding – due to Covid-19, while Tiny Ruins had to call off a tour of France scheduled for April.

They perform covers of songs from each other’s catalogues: Van Etten has a spacey, mournful take on Tiny Ruins’ gentle ‘Night Owl’, while Tiny Ruins strips back and slows down Van Etten’s deep, dark ‘Jupiter 4’.

Under Cover is a multi-episode web series featuring two musicians chatting to each other from afar, and playing each other’s music. It is brought to you by Banished Music in collaboration with RNZ Music, and thanks to funding from Creative New Zealand.