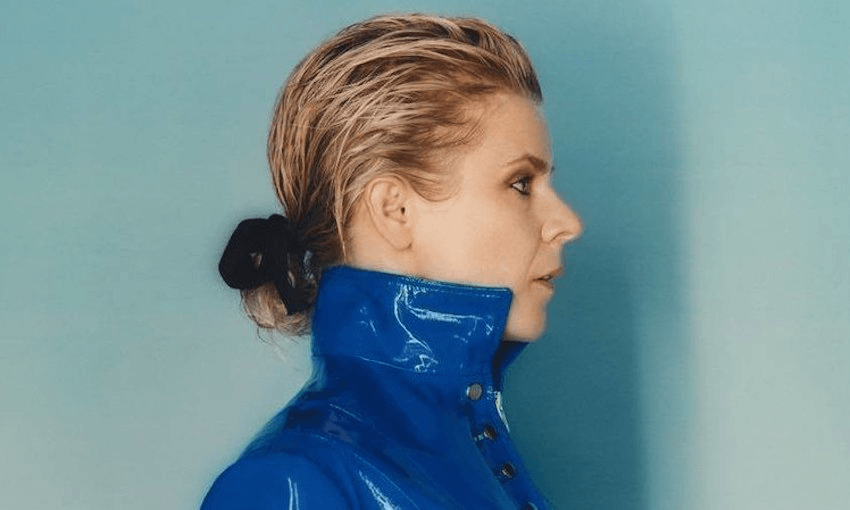 ROBYN HAS MISSED U 2 (PHOTO: SUPPLIED)

Turning sorrow into glass: Celebrating the return of Robyn

ROBYN HAS MISSED U 2 (PHOTO: SUPPLIED)

Last week, Robyn released ‘Missing U’, her first solo single in since 2010. Ellen Falconer writes about the Swedish pop artist’s enduring relevance and the incredibly therapeutic power of her music.

Eight years’ absence is a long time for a pop star in 2018. In this era of a seemingly endless stream of #content and songs getting to #1 on the back of a viral dance craze, singers are easily forgotten if a follow-up does not come soon enough. It was only a few years ago when the online mob was baying for Frank Ocean’s blood over his four-year interlude between albums.

And yet, despite the eight-year gap, the release of a new solo song by Swedish pop star Robyn has been welcomed by a fan base as passionately as if she’d never really left us on the dancefloor without her.

On the debut play of her new single ‘Missing U’, Robyn explained her lengthy absence to BBC Radio1 DJ Annie Mac: “I wanted to make an album in 2014 but I really didn’t know what to say… finally I got back to writing and I did travelling, I went clubbing, I went to therapy, I just explored.”

If it feels like Robyn never really left, it’s because the songs she left us with – ‘Dancing on my Own’ and ‘Call Your Girlfriend’ in particular – continue to be universal anthems for sadness, and moving on from it. The club is our therapy.

In her absence, others have stepped in to carry the torch. There’s Carly Rae Jepsen, who has made dancing through the emotions as much her signature song writing technique as Robyn has, and there’s Lorde’s ‘Green Light’, a song that dances on the grave of a relationship. It’s a legacy that goes back to Fleetwood Mac’s ‘Dreams’, which was written using a pre-programmed drumbeat by Stevie Nicks amidst the breakdown of her relationship with bandmate Lindsay Buckingham.

‘Missing U’ continues where 2010 Robyn left off, and will provide a bridge to her new album for fans who don’t know her beyond ‘Dancing on my Own’ or ‘Call your Girlfriend’. Written with her long-time collaborator Klas Åhlund and Metronomy’s Joseph Mount, it’s a shimmering, thumping ode to a lost love. “There’s this empty space you left behind / Now you’re not here with me,” she sings in the chorus.

As she teased the release of the song, Robyn described ‘Missing U’ as a message to her fans, to say that she has missed us as much as we’ve missed her. She said the song is about “when people disappear and they become more clear and you see them everywhere”.

But she was more specific in her Radio1 interview, mentioning the passing of someone close as the inspiration behind ‘Missing U’, likely to be Christian Falk, her close friend and musical collaborator who died in 2014. An EP Robyn wrote with him was released in the year following his death under the name Robyn & La Bagatelle Magique.

Robyn also described how she had grown tired of writing sad love songs, but with ‘Missing U’, she ended up doing exactly that, following the blueprint she had already created for herself.

“I think looking back at that now I feel like, it’s okay for things to be sad,” she said. “It’s a space a lot of human beings are in. Big parts of their lives. I think combining it with something that is strong and bright and powerful is a way of finding your way out of it too and that is what the important thing is for me too. Yes there is sadness but there is also a way out of it.”

Anyone who has been at a party in recent years will have seen the Robyn effect: of seeing the ripple of recognition go around the room at the opening beats, and people singing along with such intensity that you would think their heartbreak happened earlier in the day.

When Robyn sang “who’s that girl that you think you love?” I felt that.

I remember once at a house party in Grey Lynn when I realised the guy I was involved with had been lying to me at the exact moment ‘Dancing on my Own’ came on. Oof! That was too on the nose. But I also remember being more and more done with him with every gut-punching pulse of the beat. In that moment, the song was no longer about feeling rejected; instead “I keep dancing on my own” became a cry of triumph.

It certainly was not the only time when I’ve had an epiphany soundtracked by a Robyn song. I remember ‘Don’t Tell Me What to Do’ helping me to release the frustration I had about a difficult boss; ‘Konichiwa Bitches’ continues to be my go-to for dancing off writer’s block, and pretty much her entire back catalogue has helped with beginnings and endings of relationships (see: ‘With Every Heartbeat’, ‘Hang With Me’, ‘Bum Like You’, ‘Indestructible’). And it’s a hell of a lot cheaper than therapy, that’s for sure.

When I got in touch with two fellow Robyn obsessives asking them to share their favourite memory involving her music, both chose moments from her 2012 concert at Auckland’s Powerstation.

For Hannah, it involved being surrounded by friends in the middle of the pit. “We’ve probably been dancing for hours. It feels like it’s only been half an hour. Robyn’s music… It’s heaven. It’s love. It’s heartbreak. It’s longing. It’s grinning ear to ear and dancing like a goof with your best mates. It’s walking alone down a dimly lit street and thinking about that girl you really want to kiss. I love it.”

For Chris, a failure with his flight’s online check-in system nearly resulted in missing the concert. “It’s the only time I’ve had to walk that fine line between pleading desperation and hysterical anger while negotiating with airport staff: ‘But you don’t understand: it’s Robyn. ROBYN!’

“I did eventually get to the Powerstation with just minutes to spare before the lights went down (Auckland traffic also tried to derail my arrival). She played all her hits, but it was ‘Dream On’ that set my heart racing and erased the day’s travel ordeal: ‘You won’t be sad or broken tonight…so dream on.’ I cheered. I cried. I danced on my own in a room full of strangers, revelling in the widescreen intimacy that only Robyn can bring to the party.”

It’s this ability to encapsulate a myriad of emotions into three-minute pop songs that have made her – as Chris describes her – the “Queen of Sadbangers”, and it’s perfectly embodied in ‘Missing U’. It helps us to say, ‘things are a little bit shit right now, but you know what, I’m still here. I’m still dancing, and I’ve turned my sorrow into glass’.