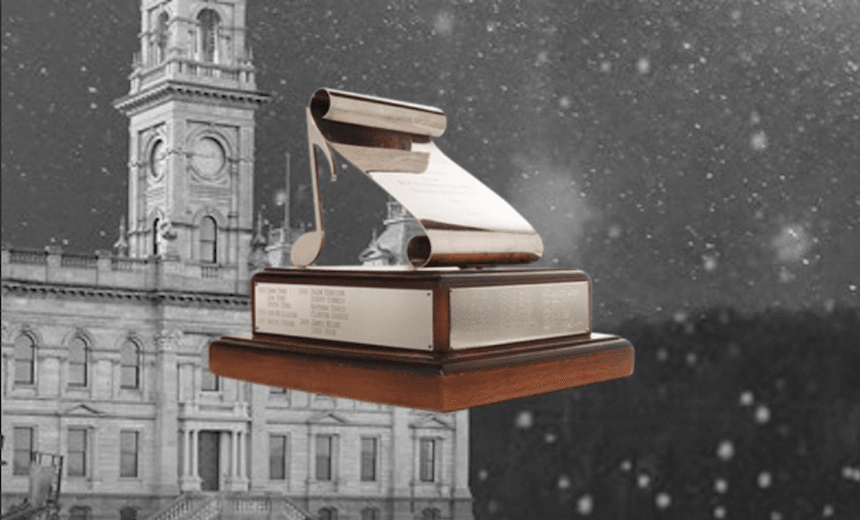 Announcing the historic finalists of the 2017 Silver Scroll Awards

In case you didn’t notice, this is the first time ever that the performers of all five finalists are female. It’s a year where New Zealand music feels as vibrant and urgent as it has in a long time and mostly due to female artists, including incredible albums by some of the finalists (okay, Bic Runga’s Close Your Eyes was released last year, and, who knows? Maybe Chelsea Jade’s album will follow later this year).

Here’s what we said about the finalists when they were released:

‘Close Your Eyes’ by Bic Runga

But, I must say, the highlight of the album is title-track (and original composition) ‘Close Your Eyes’ with its Stereolab-esque layers of voices and organs. Need I recommend more? – Henry Oliver

‘Green Light’ is reminiscent of Robyn’s ‘Dancing On My Own’ and feels like Lorde asserting her place in the pop genre. The green Lorde sings of is not the natural New Zealand forest green Kiwi artists so often capitalise on – it’s the glowstick green of a preteen New Year’s Eve, the neon hue of the public bathroom where you rush your makeup before catching the train into town. Directed by Grant Singer, the video shows Lorde dancing on her own in city streets and back seats. Singing of a love she has to leave, and all the rumours surrounding it, ‘Green Light’ is pop excellence, and a faultless first single from her forthcoming album Melodrama. / Amanda Robinson

‘Horizon’, the first single from Aldous Harding’s forthcoming album Party, is straightforward and certain, rooted in her gothic folk past, but not bound to it. Three piano chords repeat throughout, leaving room for her singular, trembling ghost of a voice to settle in. It would be remiss to assume her tremors signal hesitance – ‘Horizon’ is sure of itself, a controlled haunting. The track was produced by John Parish, most well known for his work with PJ Harvey and Tracy Chapman and is Harding’s first single for British independent label 4AD, home of Cocteau Twins, Pixies, Bon Iver, St Vincent, The National, and Grimes. The video features Aldous’ mother, dressed in white and full of grace, practising tai chi in a tree-lined field, interspersed with Aldous, wet hair and wild eyes lined in red, reminiscent of Park Chan-Wook’s Lady Vengeance. Radical softness, weaponised vulnerability, a gentle rage; no matter how you slice it, Aldous’ voice shivers sharp as a knife. / Amanda Robinson

‘Life of the Party’ by Chelsea Jade

In 2015’s ‘Low Brow’, Chelsea Jade was anchorless and anxious, appealing for a lover to deliver the impossible: “hold me closer than you knowhow to”. Two years later and, while she may be confessing she’s not the “LOTP”, as she’s been touting the single on Instagram, Chelsea Jade is a more immediate, more urgent, more self-possessed presence: “I don’t know better / But I do know best”. In the verse her voice is small and matter-of-fact – there’s even a discernible New Zealand accent – and effectively stripped bare of any production effects, even reverb. It contrasts against the airy confection of the Carly Rae chorus like stones with confetti, and lends a new world-weariness to her characteristically wry observations: “I never mean it when I’m sorry/And I’m sorry, for that.” ‘Life of the Party’, writes Chelsea Jade, is in part about the “learning about the reality of myself, for better or worse”. Self-knowledge suits her. / Elle Hunt

Nadia Reid continues the run-up to her second album Preservation with another confident, assured, full-bodied folk rock song. Her voice remains the centerpiece, with layers of guitars twinkling, plucking and shivering and drums steadily banging throughout. Poor old Richard though. I’m not sure what happened to him but it sounds bad. Arrogance, love, blood, teeth, revenge maybe. I can’t figure it out, but maybe he deserved it. Shit, this album’s gonna be super good. / Henry Oliver