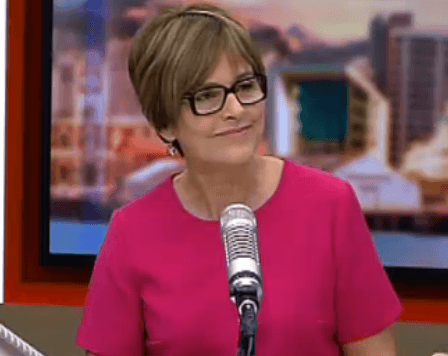 News: “I Don’t Want Judy to be too Popular” – The Mother of the Nation Graces Paul Henry

This morning on Paul Henry, Hilary Barry’s regular spot was filled with another beloved member of TV news royalty. Judy Bailey showed up to keep her seat warm whilst Hilz holidays for the week. The mighty microphone baton has been passed back from one Mother of the Nation to another, as have their eerily identical Mum hair cuts. Is that the key to M.O.N status? Is the power stored somewhere in that one storey bouffant?

But what I want to know is, has she had a nice weekend? Tell you what, she’s had a wonderful weekend, “how could you not? The weather!” Paul’s been to Whangarei Heads, which he likened to paradise. Unfortunately, Paul’s state of bliss was quickly interrupted with the disturbing news that “Judy Bailey” had become the number one trending topic in New Zealand:

Paul Henry broadcasts 6-9am weekdays on TV3, on the internet, on the radio, and through vibrations in the ground if you listen closely enough.