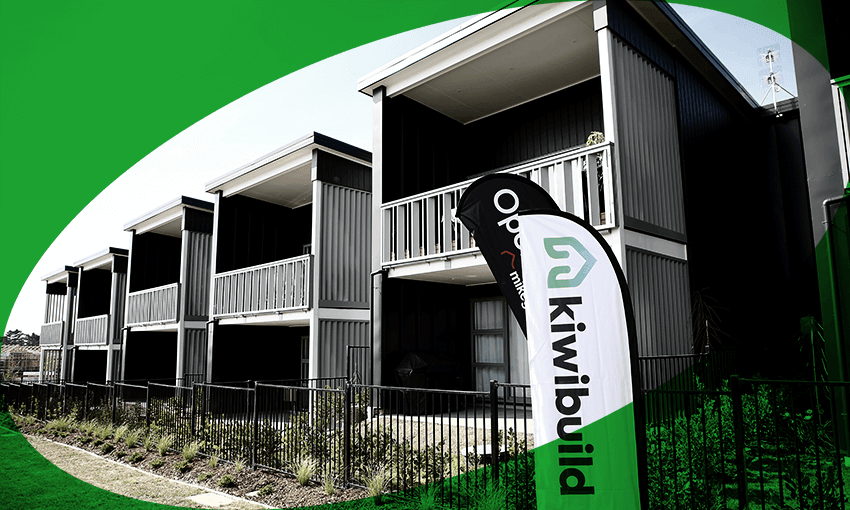 By Megan Woods
Guest writer
Made possible by

In a response to an earlier Spinoff piece, the housing minister says KiwiBuild is not ending, and argues the government is making good progress to fix the housing crisis.

Alan Johnson’s opinion piece on housing has a number of troubling inaccuracies and misconceptions, and also fails to recognise the enormous effort and investment that this government is putting into housing, which is starting to make some impact.

I first want to correct the assertion the KiwiBuild programme is ending. It is simply wrong. The writer has misinterpreted changes in the budget appropriation that will enable better differentiation of funding for the Land for Housing programme and the Buy off the Plans programme (KiwiBuild), which had previously been lumped into one appropriation (a fuller explanation of how the accounts are structured is at the bottom of this piece).

My office would have been more than happy to clarify the facts for the writer, had he sought understanding of what the changes mean. KiwiBuild is still very much alive, and will continue to help New Zealanders into their first affordable homes. So far 1,365 New Zealand families are in KiwiBuild homes, and another 856 are currently under construction.

Since Labour took office at the end of 2017, it’s been one of our government’s top priorities to fix the housing crisis we inherited.

We’re making good progress, but the problems caused by decades of under-investment in housing infrastructure, National’s gutting of public housing and failure to build more, and no action on growing affordable housing, was never going to be fixed in a few years. The reality is it’s going to take more time.

But we are seeing the green shoots of change with record-breaking building consents, more affordable housing coming on stream, and significant traction in rebuilding the state’s role in public housing. Action we took to ban foreign speculation on housing, tax changes to encourage investment in new-builds, transformation of urban development rules to allow for more housing density, and the highest investment since the 1970s in public housing and infrastructure like pipes and roads to get land “build-ready”, is starting to turn the housing crisis around.

We are enabling more affordable housing

Our government’s focus is on enabling more new affordable housing to get under way, as the only way we will get out of this housing crisis is to build our way out. Key measures include our $3.8 billion Housing Acceleration Fund to pay for housing infrastructure like pipes and roads to get land “build-ready”. Some of this HAF funding has gone into LSPs in Auckland and Porirua that are undergoing urban renewal. Approximately $1 billion of the HAF funding has been ring-fenced for contestable funding through the Infrastructure Acceleration Fund, with applicants going through the final stages of contract negotiations now. Budget 2022 also delivers a new Affordable Housing Fund and more support for first-home buyers and renters by removing house price caps for First Home Loans, and raising price caps for First Home Grants in many parts of the country.

Over successive budgets, our government has steered more funding than there has been in decades into housing infrastructure and public housing. National left office with 1,500 fewer public homes than when it started, shredding the public housing sector by taking a hands-off approach.

In net numbers (so excluding all the houses we may have pulled down because they were past their use-by date), we have added over 9,000 warm, dry public homes to the stock – with over 7,400 of them being brand new builds. We have also supported the addition of more than 3,500 transitional homes (a mix of government and community housing provider-led builds).

Rotorua is complex and we are pulling every lever

Alan Johnson cites a chronic shortage of social housing in Rotorua and laments our government’s continuation of funding to support 200 families in transitional housing with wraparound care. Transitional housing is a key part of housing policy; it provides shorter-term accommodation in conjunction with wrap-around services to ensure people who have been on the housing register get other health and wellbeing care they may need to set them up for longer-term housing solutions.

The relatively new initiative in Rotorua where the government directly contracts motels and provides services is a result of the dire need Rotorua has for emergency-type housing, as its population growth has outstripped new housing supply over the last couple of decades.

The writer’s suggestion that we should just build houses in Rotorua is redundant, because we already are building more public housing in Rotorua; approximately 360 of them, with some already complete. So far we have delivered 73 public and 76 additional transitional homes in Rotorua, and there are 220 public homes currently under construction there.

Under National, Rotorua lost a net 39 public housing homes after demolishing or selling 49 homes and only adding 10 in its term of government. In an ideal world we would not need emergency housing because the previous National government would not have gutted public housing and done something – anything at all – to encourage affordable housing. The reality is we are having to fix a broken social housing system in Rotorua.

We’re throwing everything that we can at the Rotorua housing issue by working intensively with the local council and iwi, funding housing infrastructure to get land build-ready, in addition to the strong pipeline of new public and transitional housing under way.

We are committed to delivering additional public housing

Johnson is also confusing previous comments of mine about the failure of the market to produce housing solutions (which demonstrably failed under National) with our government’s partnering with developers to deliver public and affordable housing such as KiwiBuild homes, in exchange for them building some housing on Crown land at market rates so they can recoup some of their costs.

In broad terms, this is what happens in Kāinga Ora developments such as the Large Scale Projects (LSPs) in Auckland and Porirua and elsewhere. In the last four-and-a-half years, our government housing programme has delivered 7,405 brand new warm, dry public homes, and over 1,500 transitional homes, which have partly been enabled by such partnerships with developers, who have in turn built over 2,200 market homes and over 1,300 KiwiBuild homes for New Zealanders.

Over previous budgets, our government has committed to adding over 18,000 more public and transitional homes. But adding new housing is not the only cost, as ongoing operational funding is required to support rent subsidies. Budget 2022 secures just over $1 billion to support existing and planned public and transitional housing through rent subsidies and rising operational costs for housing providers. This enables us to continue the momentum of the government’s public housing build programme.

I invite anyone who is keen on taking a closer look at what is really going on with the momentum in housing to look at the Housing Dashboard, which monitors what is happening across the government’s housing initiatives.

There is no question there is still more to do in housing and we are deeply committed to this work.

Change in KiwiBuild Buy off the Plans appropriation:

The KiwiBuild housing appropriation was established in October 2018 for a four-and-three-quarter-year period ending in June 2022. This appropriation has been used to fund both Buy off the Plans activity and Land for Housing programme purchases.

As part of budget 2022, to provide more transparency to the individual activities, separate appropriations have been established for both the Buy off the Plans (KiwiBuild) and Land for Housing programmes.

As part of the finalisation of the appropriation at June 30, 2022, ministers have agreed that unused funds will be transferred into the Buy off the Plans programme and the Land for Housing appropriation as in-principle expense transfers (which are a business-as-usual process governed by treasury rules and processes).

Like all in-principle expense transfers, these will be reflected in the supplementary estimates for June 30, 2023.

Nobody – not a world-famous actor like Rebel Wilson nor a lowly editor like me – should have their own coming out usurped.
By Madeleine Chapman
Editor
Opinion
13th June, 2022

A good local board is a diverse local board.
By Toni van Tonder
Guest writer