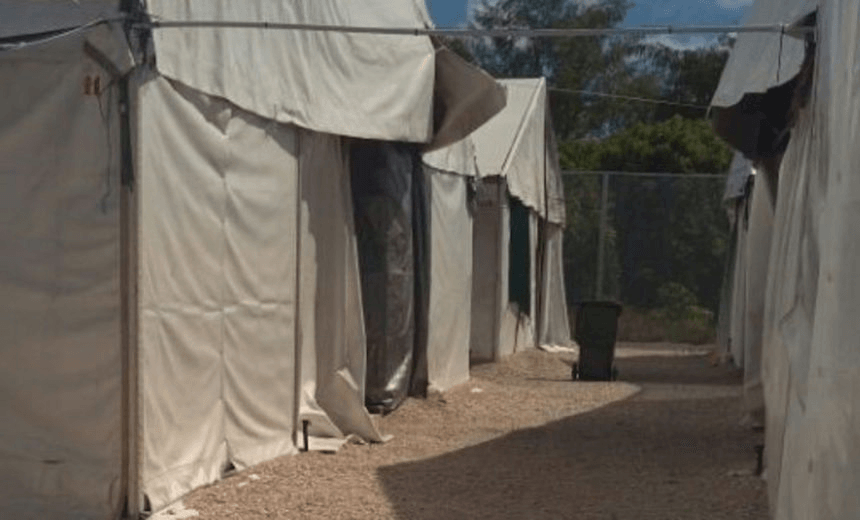 On Australia’s human rights shame, New Zealand is all but silent. Here’s what we need to hear

We have rarely seen such a sustained, and successful, attempt to hide abuses from the outside world as the Australian government is perpetuating right now in its ‘offshore detention’ policy, writes Amnesty International’s Grant Bayldon

There is a basic principle of human rights work: when lawyers, families, journalists, doctors and official monitors are prevented from accessing people in detention, the massive power imbalances between those who are detained and their captors lead inevitably to abuses. As the saying goes, the best disinfectant is sunlight.

As you probably guessed I’m talking about Australia’s use of so-called offshore detention and processing.

For the past three years, those who tried to find protection from persecution and war by coming to Australia have been forcibly banished to remote islands – Nauru and Manus in the Pacific, and Christmas Island in the Indian Ocean.

And on Christmas Island it’s not only people who have fled other countries to seek protection who are detained. Alongside them are nationals of other countries who are resident in but not citizens of Australia. New legislation caused them to be rounded up because of convictions they have previously served their time for, or even simply because they fail the new character test. The biggest group of these are New Zealanders.

Many of the issues for Kiwis and others in immigration detention on Christmas Island are different from those seeking protection as refugees. But both are victims of the Australian government’s use of forced transfers to remote islands.

We need to be clear – whether it’s a Kiwi on Christmas Island or a Burmese family on Nauru – Australia isn’t sending people offshore because there’s no space on the mainland. And it’s certainly not sending them offshore because it’s cheaper to detain people on remote islands; in fact it’s eye-wateringly expensive. The Australian government is forcing people onto island detention centres so that it can hide what’s going on there.

But after years of being denied entry, Amnesty International managed to get access to Nauru last month.

Nauru is a truly tiny country – about the size of Rangitoto Island – with a population of around 10,000. It’s not only impoverished, 80% of the country has been environmentally devastated by decades of Australian phosphate strip mining. Dust and wild dogs follow you everywhere.

Around 1,200 people – men, women and children – have been forcibly transferred there. What we found was cruel in the extreme: inhumane conditions, assaults, denial of essential medical treatment and abuse. They spoke of the daily humiliations they face; many live in fear of attacks by members of the local population who are resentful of their presence.

And permeating everything is a palpable sense of despair and dire mental health problems. For many, their strength of spirit got them away from persecution and sustained them on excruciatingly difficult journeys across the world to seek freedom and peace. But Australia has crushed their dreams.

You may have seen the headlines about the two people who had self-immolated to try to get attention for their plight. Every second person our researcher spoke to had either attempted suicide or was thinking about it.

Even children have tried to kill or harm themselves. One man explained how he had fled Afghanistan with his two sons after his family suffered repeated attacks and threats from the Taliban; his wife died shortly after. But it’s now, on Nauru, that he’s most worried about his boys – the younger one has tried to kill himself several times. “I am trying to hide everything in this tiny room – pills, knives. And I am not letting him out because I am afraid he will do something to himself.”

Anna Neistat, Amnesty International’s researcher, had this reaction. “Having worked in most of the world’s conflict zones over the last 15 years, I thought I had learned enough about suffering, injustice and despair. But what I saw and heard on Nauru will haunt me forever.”

Australia has gone to extraordinary lengths to hide what is going on in its name on remote islands. I’m sure you can see the irony in this given Australia’s history.

Nevertheless the government passed a law last year that gagged professionals like doctors and nurses who have worked at the centres from speaking out about what they have seen there – under threat of imprisonment. The law was unsuccessfully challenged in court as unconstitutional, because staggeringly the Australian constitution doesn’t protect freedom of speech. (Makes you wonder about the even thinner constitutional protections here in New Zealand.)

Not only that, but together with the Nauru and Papua New Guinea governments it has been complicit in shutting down access to the islands and their detention centres. On Nauru now there’s an $8,000 visa application fee for journalists to visit. If they’re not successful – and few are – the government keeps the fee anyway. That’s a tough sell for any journalist to get their editor to sign off on. Amnesty International has been denied access six times, and only gained access this time via a loophole.

Australian Chief Human Rights Commissioner Gillian Triggs has said: “I’m afraid one of the purposes of detaining people on offshore areas is, of course, that they do not have access to their lawyers, they can’t see their family and friends …The conditions are dangerous.”

She’s also pointed out that the island set-up was illegal. Now she is worried that her access to Christmas Island will be blocked. “You can’t simply fly at your own behest to Christmas Island,” she said. “I have to have authority to go and that will depend on whether the Department of Immigration will give it to me.”

Few countries go to such lengths to deliberately inflict suffering on people seeking safety and freedom as Australia is right now. So in the face of this abuse by its closest neighbour, with which it has a “special relationship”, what have we heard from the New Zealand government?

In fact, we’ve heard very little. Certainly nothing that makes New Zealand’s opposition clear. And nothing that points out that forcibly exiling people to its offshore centres, detaining them for long periods in inhumane and unmonitored conditions, denying them medical attention and hope, Australia is guilty of some of the most sustained and deliberate human rights abuses of any western democratic country.

Here’s what we need to hear from the New Zealand government.

Firstly, New Zealand needs to say both privately and publically that there can be no justification for the unceasing oppression of Australia’s offshore detention and processing centres – and that this applies whether it’s Kiwis or refugees. After all, the New Zealand government speaks out about human rights abuses in Saudi Arabia and Iran. It should hold its close friend to an even higher standard.

And secondly, New Zealand should push to be a part of the solution for refugee resettlement. It already has an agreement with Australia – signed during the Gillard administration – to resettle 150 people here from Australian centres. But it’s been reluctant to push the offer publically.

As Desmond Tutu said, “If you are neutral in situations of injustice, you have chosen the side of the oppressor.” Now is the time that we need the New Zealand government to land clearly on the side of justice.