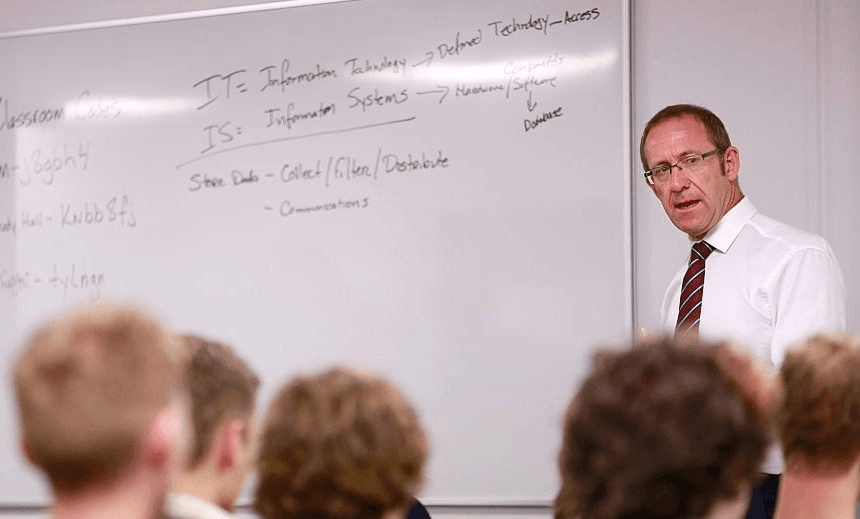 Andrew Little with a whiteboard at some event or other earlier this year. (Photo by Phil Walter/Getty Images)

Labour’s loan write-off: a solution in search of a problem

Andrew Little with a whiteboard at some event or other earlier this year. (Photo by Phil Walter/Getty Images)
Opinion

There is good reason for reforming the student loan system, but the proposal to wipe debt for those who work in the regions doesn’t hold water, argues Eric Crampton.

It’s hard to think of any problem solved by Labour’s proposed student loan policy that wouldn’t have better solutions. And I don’t think it is because I lack in imagination.

Labour leader Andrew Little this week proposed writing off, at least in part, student loan debt for graduates taking civil service jobs in the regions. And possibly also for new teachers in Auckland – and maybe other professions as well.

Let’s walk it through.

Suppose that the problem is that the government is having a tough time attracting recruits for civil service positions outside of the main urban centres.

Writing off debt for fresh graduates could be one way of attracting workers out to those jobs, but who is to say that the best people for those jobs are recent university graduates with student debt? Graduates without debt could be equally capable. And, for some jobs, so too could people without degrees – or people who paid off their loans years ago.

Offering higher salaries in places where it is hard to hire, or relocation allowances, can do a better job of solving that problem. Well, unless you have really good reason to expect that fresh graduates with a lot of student debt are exactly who you might want for the job, or that fresh graduates are more likely to move if you wipe out their $16,000 student loan rather than pay them an equivalent amount in relocation costs.

But remember, too, that a debt write-off policy will be most valuable to the students who have taken on the most debt, so the programme’s cost might be higher than you would expect.

If regional employers outside of the public sector struggle to find workers, and in many cases they do, the same problem returns. If there is some overarching public interest in encouraging people to take jobs in the regions instead of in the cities, why would Labour think that the graduates with the most student debt are the best candidates?

The debt write-off policy is rather different from more traditional bonding schemes. Bonding helps fund a local kid through university so that she might come back home and serve as, say, the local GP. There can be really good reason to expect that the bonded student really would be the best fit for the needs of the local community, and to expect that it would be less expensive to encourage that student to come home after study that to pay someone else a bonus to move.

There is plenty that central government could do to improve things in the regions. For a start, central government could be a bit more hesitant to load big-city regulatory costs onto tiny councils. That would help those councils keep rates down – or let them afford to provide the kinds of services that suit their regions. It would also help them to attract more people looking to flee Auckland’s high housing costs.

Little’s suggestion of wiping student debt for teachers, and potentially others, facing high housing costs in Auckland also puts the cart before the horse. First off, it seems odd that wiping out new graduates’ debt simultaneously makes Auckland more affordable and encourages moves out to the regions. Does Labour want to encourage them to be in both places at once?

If new teachers cannot afford to live in Auckland without additional bonuses, what of other employers trying to hire workers who do not already have houses in Auckland? Until supply problems are fixed, bonus paid for taking jobs in Auckland, whether through student debt write-offs or otherwise, mostly work to fuel the bidding at Auckland house auctions.

If the problem really is attracting more skilled people into teaching, mightn’t some promise of salaries commensurate with performance do a better job than wiping out teachers’ student debt?

There is good reason for reforming the student loan system. Since the zero percent student loan policy was implemented a decade ago, student debt has risen but tertiary enrolment rates have fallen. The Child Poverty Action Group laid out some of the problems with the scheme in their report released two weeks ago. Today the New Zealand Initiative releases its report on our Decade of Debt.

If Labour is looking for ways to reform the student loan system, there are better solutions out there.