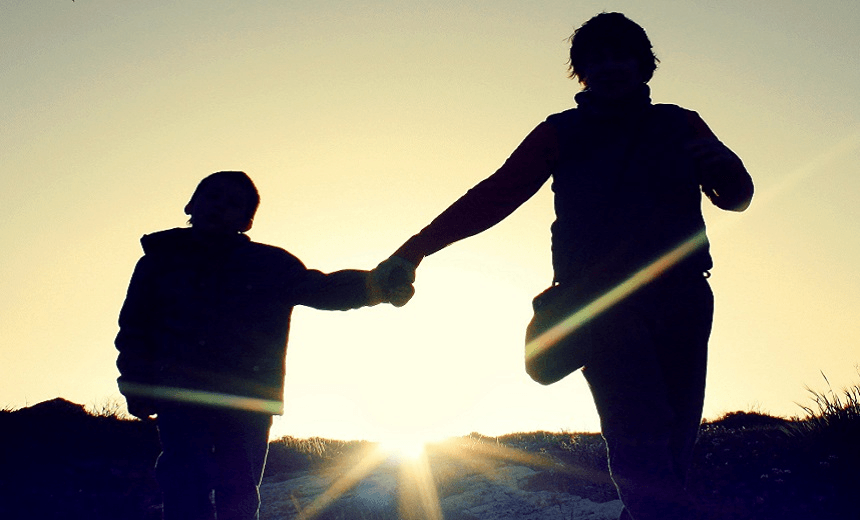 The difficulties we don’t talk about as step-parents

What’s it like to be a step-parent? And how can you support the step-parents around you? Family therapist (and step-parent) Serafin Dillon writes about parenting as the “other” parent – what it feels like, what to do if you’re a step-parent who’s struggling, and how all parents can support each other.

When I was little, I dreamed I’d become a vet, a ballerina, a mother (like every day). I didn’t dream of becoming a step-parent. An alternative title for this article could include the phrase “heart-slamming”, as this is how I’ve personally experienced step-parenting to feel.

According to Jan Pryor, the adjunct professor of Victoria University’s Roy McKenzie Studies of Families Centre, one in three marriages in New Zealand are now second marriages, with about one in ten families now either a stepfamily or a blended one. Despite these statistics, New Zealand does not possess a single agency or network dedicated to providing education, advocacy, research, or family therapy to stepfamilies.

I started specialising in working with step-parents because the “advice” online and the support available for step-parents was outrageously inadequate and patronising.

The absence of good advice likely stems from step-parenting’s inherently stigmatised status. The identity of the step-parent is entirely invisible across society, institutions, and legislation – it’s an identity without a language. If there’s no language, then we can’t talk about it, and it reinforces its illicit nature. Step-parents are at the bottom of the social food chain. They are bottom-feeders to be seen and not heard. Step-parents are ‘studied’ like a pesky foreign flea (according to some research, children who have step-parents are more likely to have “negative life outcomes” compared to children in “first-marriage families”). Unsurprisingly, many step-parents feel disempowered, frustrated, and devastated. Such experiences are often due to the perceptions and treatment of others, and perceptions of self.

A recent examination of Facebook’s support groups for step-parents revealed that these themes are remarkably consistent in their recurrence. Here are just some of the difficulties experienced with being a stepparent:

“Your cooking is not as good as my mummy’s.”

The sentiment she expressed felt unsettling because

Step-parenting will give you balls of steel.

Step-parents are to the family what affairs are to a marriage: the statistics are high, we know it’s happening, but no one talks about it.  Parenting is something done in public. Step-parenting happens in private, behind closed doors.  Even the name ‘step-parent’ makes me feel reprehensible. Indeed, the only discourse we have about step-parents are the ones of the ‘evil step-mother’. What discourses are there about step-fathers? I don’t know of any, which suggests, it’s even more difficult to talk about. Is being a step-dad even more marginalised and stigmatised?

In more than 15 years of doing therapy, I can’t say I can recall a client who said they had a fantastic and close relationship with their step-parent. Unfortunately, for the most part, I only hear bad things about step-parents. I wonder perhaps whether this is because institutions, societies, and families set step-parents up to fail because they ignore their role, seeing it primarily as something a bit taboo – the human symbol of a ‘failed’ marriage and, even worse, of a ‘failed’ family.

Maybe some of these ‘mean’ and ‘cold’ step-parents were initially just regular people who felt ostracised and entirely out of their depth?

Indeed, there are folks out there who successfully manage to navigate these complex relational arrangements with ease and grace, and both children and adults experience much joy and happiness. There are others, however, who do struggle. I understand this because being a step-parent can feel like being ‘the other woman’ from a legislative, societal, relational, and emotional perspective. Step-parenting will never be the new black because unlike an illicit marital affair, peeling wet Cruskits smooshed into the crevices of the couch just isn’t as sexy.

So, what can you do if you’re a stepparent and you’re struggling?

You can’t improve the behaviour of the child’s other parent (unless of course, they want to come to therapy with you), but you can change your response and how your relationship with your partner operates. What needs to occur is for the partner and parent to acknowledge and advocate for your role as a co-parent to the children, the children’s other parent, and with other family members such as grandparents.

Successful boundary establishment results in smoother communication, consistent teaching messages, and the unravelling of financial complexities. When a couple can successfully establish boundaries, they are better placed to navigate behavioural and emotional issues.

What you can do to support the step-parents around you

Since 2003, New Zealand family therapist Serafin Dillon has been working to improve the quality of people’s relationships and as a result the quality of their lives. Serafin is a mother to one small boy and stepmother to another young lad. She currently works in private practice specialising in couple therapy.