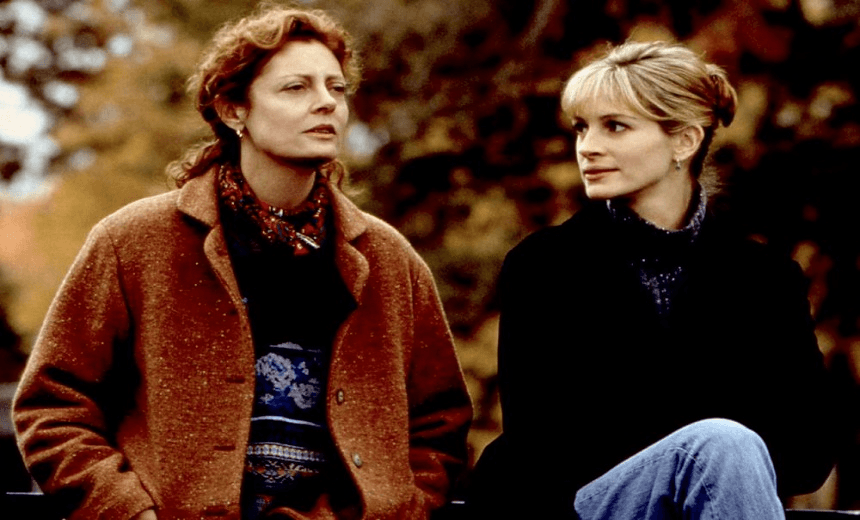 What’s up with the mum vs step-mum thing?

With divorce commonplace and an increasing number of families blended ones, it’s well past time we start looking at step-mothers differently, writes Kristen Joiner.

If we were characters in a movie, my children’s stepmum and I would be enemies. We’d swap dirty looks and smoldering passive aggressive comments, while our shared husband (my ex, her current) stood charmingly hapless on the sidelines. The fact that she is younger, blonder, and (let’s just be honest) hotter than me, would make our “catfight” even more entertaining.

But, I don’t hate my ex-husband’s new wife, stepmother of our two boys. Much to the contrary, in fact: I like her.

I like her because she convinced my 15-year-old, sports-crazy son to dance in a West Coast swing class. I like that she’s a feminist and teaches my boys about sexism. And I love that she genuinely cares about my kids.

I like her so much that when my new partner got a job offer in New Zealand, we (along with my partner’s ex-wife) figured out how to coordinate a trans-Pacific move from California, all while sharing custody of our combined three children.

Since navigating a new country with two teenage boys feels akin to watching them whitewater raft a waterfall on a floatie, I get great comfort from the knowledge that their stepmum (though as an American she’ll always be stepmom, not stepmum, to me) is also keeping an eye on them as they adjust to a new home and school.

Apparently, though, liking your kids’ stepmum and moving your modern blended family halfway around the world is not the norm.

“When you meet people do you give them the full scoop on your family all at once, or do you dish it out in tiny spoonfuls?” a friend laughed to me on the phone the other day.

“It’s not like we’re Big Love, we’re not a commune,” I told her. “We don’t live together. We just live near each other.”

People talk about us like we’re vampires. We don’t fit in the filing cabinet of families: are we battling exes, or are we Big Love? Neither? What??!

Hollywood doesn’t offer up many role models for creating socially complex families. The idea that two women could actually share motherhood without competition creates a sense of cognitive dissonance.

In the 1998 movie Stepmom, Susan Sarandon had to be almost dead before she and Geena Davis, playing her ex-husband’s new wife, could find a peaceful co-existence. Since then, over the past decade almost all the celluloid stepmoms we’ve seen have been evil, courtesy of the proliferation of Cinderella remakes.

I’d like to know what is up with the mum vs. stepmum thing. It’s 2017, divorce is a fact of life – and families are increasingly multifaceted. Why do we buy into the idea that women have to compete in one of the most sensitive and important areas of our lives – our children?

I do know that we women face a colossal set of confusing and unobtainable expectations. We’re supposed to be attractive but know that we’re more than our appearance. We’re asked to prove our worth as mothers with children who excel, while navigating mixed messages about the importance of our career. We’re judged by our marriage and the success of our spouse. And above all else, we’re expected to be modest, non-competitive and nice.

Shame and vulnerability researcher Brene Brown sums it up as: “Do it all, do it perfectly, and never let them see you sweat.”

You’d have to be a superhero to be able to resist the power of the messages around motherhood norms. Of course we fall short – while simultaneously knowing our value will be measured in comparison to the looks and performance of other women. It’s a perfect recipe for competition. But, to paraphrase Offred in The Handmaid’s Tale, “We can’t let the bastards grind us down.”

I know the temptation, believe me.

When my ex-husband and I consulted a child psychologist about the best way to introduce our kids to his new girlfriend, I sat on the psychologist’s couch and wept. Of course I was mourning the loss of our small nuclear family, but I was also fighting feelings of shame about my divorce. In our cultural vernacular, divorce already equals bad mum. But, to top it off, it was a decision I’d made that didn’t make sense to outsiders, since there was no obvious catalyst like an affair.

Which made me seem not very nice and deprived my children of a nuclear family, certainly setting them on a path to pain and despair. All of which, I was aware, had also made me a hot topic among the mums in my neighborhood. The combination of it packed an internal punch.

It made the idea of another mother in my boys’ life very threatening.

But it was my psychologist who told me: “Another caring adult in a child’s life can only ever be a good thing.” Further, she said, “the greatest factor determining whether divorce becomes the defining feature of a child’s life or background noise, is the level of conflict between the parents.”

I had a choice: Give into my insecurities, possibly falling into some seething passive aggressive back and forth with my ex and his wife and hurt my children – or grow up.

Divorce is hard, no matter how necessary it might be. And step-parenting is complex. We don’t need to make it harder and more complicated. There are enough hard and complicated things in the world – like climate change, sexual harassment, and potential third world wars.

We don’t need to accept the Hollywood version of families, pitting mothers against each other or one-upping our fellow mums. Maybe, like all hard complicated things in life, thinking differently about step-mums is a chance for all of us to get a little bigger and stronger. Since, for most of us, all we’re trying to do is figure out how we can live our lives, take care of our children, and not run screaming off into the woods.

Kristen Joiner is a producer, writer and activist with a deep background in gender and human rights. Joiner co-founded the national award-winning non-profit production company Scenarios USA in 2000 with Maura Minsky, formerly of ABC News. Joiner’s work has been featured in the New York Times, The Today Show, Salon.com, NPR’s Weekend America, Stanford Social Innovation Review, The Daily News, USA Today, the Sundance Channel, The Hollywood Reporter and others. Joiner is an Advisor to Jennifer Siebel-Newsom’s production company, The Representation Project.