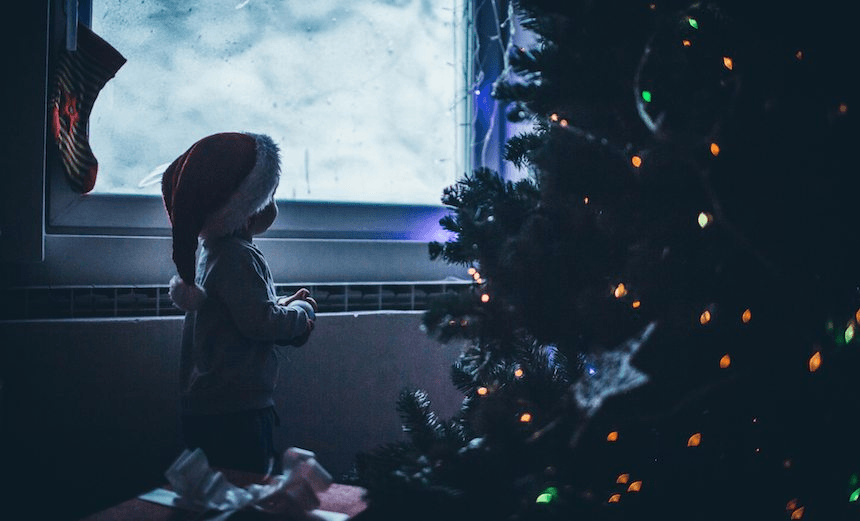 Why I lie to my kids about Santa

Have you heard? If you lie about Santa you’re a monster and your children are going to need therapy forever. Nonsense, says Angela Cuming – maintaining the Santa myth will be the best gift you give your kids this Christmas.

When my father died in May 1990, Christmas died with it. A wonderful, kind and loving man, it had been his favourite time of the year. Gone were the real pine trees that dropped needles everywhere, the wonky inflatable Santa, the gold tinsel that knotted itself into a tangled mess, the carols sung with bawdy replacement lyrics and the pile of presents on Christmas morning that included every single thing I had asked Santa for – from a porcelain doll to a flying helicopter to a Polaroid camera.

All that magic was buried with him the year he left us, and I mourned Christmas almost as much as I did him. And I missed the other man in my life – Santa.

I had long stopped believing in Santa by my ninth birthday, the year I lost Dad, and looking back I’m not sure I ever really believed a man I had never seen, with the same handwriting as dad, could make and deliver toys to every child in the world on the same night.

But to me Santa was less a person, more an idea I believed in: that our parents and other grown-ups loved us so much that they made up this elaborate story for one sole purpose – to make us happy.

Santa to me meant love and goodness and magic, all the good bits of childhood that can so very often be ripped apart by the dark world outside your front door.

So I react with disbelief and just a wee bit of horror when I hear parents, and experts, tell us we shouldn’t “lie” to our children about Santa Claus: that we should tell them right from the start Santa isn’t real, lest they feel betrayed by our web of deceit.

There are lots of things our children are going to feel betrayed by: our warming planet, the loss of rhinos in the wild, no female President and The Big Bang Theory‘s Emmy wins.

But when they are 45 and are dragging their tired bones into their second-hand car to sit on a motorway for two hours to get to a job they don’t really like but do so they can pay their bills, I bet they won’t look back over their all-too-brief childhood and say a thank you to their honest parents for ensuring they knew the gritty realities of life when they were three.

I know what it’s like to be a kid without Santa, and it’s bloody miserable. It was only with the birth of my beautiful boy Charlie in 2014, and then with our twins Tommy and Henry 18 months later, that I started to enjoy Christmas again.

Now I sit here typing with an original Thunderbirds Tracy Island hidden in the cupboard, found on eBay and ready to wrap on Christmas Eve as Charlie’s present from Santa.

I’ve watched my sons’ faces crinkle with joy when they’ve spotted Santa at our local shopping centre. Heck, I’ve even threatened to call Santa and report bad behaviour unless toys are tidied away and teeth not brushed.

I am sure my sons, like their mother, will stop believing in Santa before they let on.

But the one thing they will never stop believing, never stop knowing, is that their mum and dad kept repeating the most elaborate lie of all time because they were loved more than anything else on this Earth. And that, to me, is the real spirit of Christmas.

Angela Cuming is a print and radio journalist and a mum to three boys under three. She still believes in Santa. Follow her on Twitter.