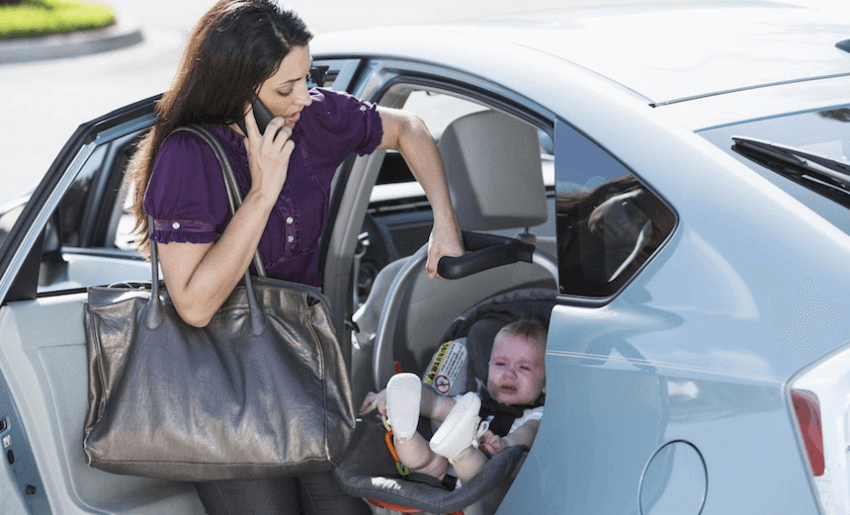 I sometimes leave my kids in the car, and I don’t feel bad about it

The ‘experts’ are quick to tell us to never ever leave our kids alone in the car, even for a second. But is that really the safest option every time? Mother of three Angela Cuming doesn’t think so.

I am always so conflicted when I see the old and predictable ‘Don’t Leave Your Babies In A Car, Ever’ headlines.

On one hand I applaud any organisation, be it Plunket, SafeKids, even NZ Police, who do all they can to make sure children and babies are properly looked after.

But I also get a little bit frustrated because I am one of those parents who sometimes leaves their children alone in the car. And I do so because that’s the best and safest thing for me to do.

I have three boys. One is three and I have twins, 20 months. I am a work-from-home mum and quite often I find myself running the boys to and from daycare, from trips to the park, visits to family.

If I know I need milk or bread I will pull up to the dairy on the way home and leave them in the car while I run in and grab what I need. One minute, two tops, and I am back in the car and we are happily on our way home.

If I was to follow the advice to never leave them unattended in the car, not even for a single second, I would have to:

Take the double stroller out of the boot and unfold it.

Take one baby out and put them in the pram.

Leave them in the pram in the car park while I get the other baby out of the car and into the pram.

Leave both babies in the pram, in the car park, while I get the toddler out of the car.

Push the pram with the babies into the dairy and hope that the toddler follows behind me and doesn’t run in front of a car pulling into the car park or out onto the road.

Pay for my milk and then try and get the toddler to walk back to the car and stop him running in front of a car trying to park or out onto the road, while also pushing a double stroller with two babies in it.

Leave the babies in the pram while I put the toddler back into his car seat.

Put one baby into their car seat while the other is left in the pram by the side of the car.

Put the second baby back into the car seat.

Fold up the pram and put it back into the boot.

As their mum, I know leaving them in the car while I run and grab some milk is the much, much safer option. Same goes if I needed to stop for petrol. I can only imagine how unsafe it would be to try and wrangle three wriggly little boys and get them safely across a busy and crowded petrol station forecourt and back to the car again.

I know lots of mums and dads who do the same as me, and they are all wonderful and caring parents who would never, ever do anything they didn’t know to be the absolute safest thing in the world for their children.

It’s an irony that we live at a time in New Zealand when children are being forced to sleep in cars due to the homeless crisis but we seem to care more about stopping parents leaving their children in the car for a minute or so while they duck in and out of a shop.

And now we have the likes of Family First itching to make violence against children legal again and in my very humble opinion perhaps we should be getting a little more worked up about that and little less about poor bloody parents out there just trying their best.