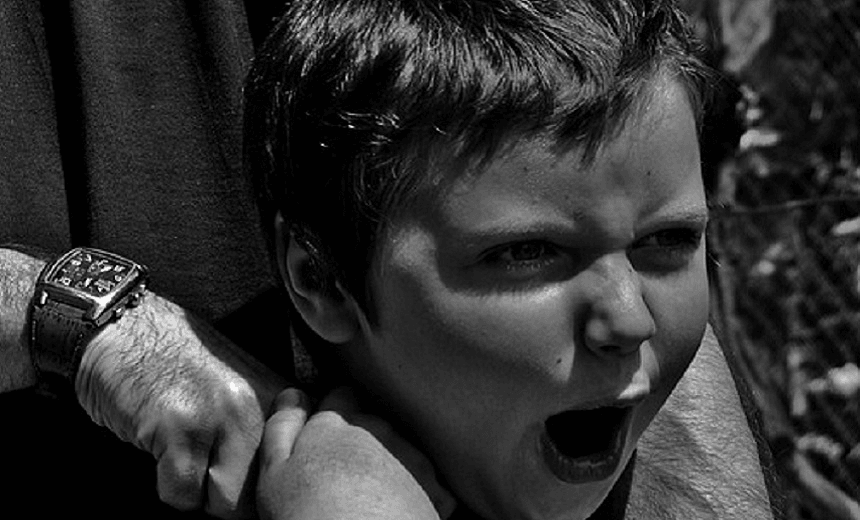 No, there’s no such thing as testosterone surges in young children

Celebrated children’s author Joy Cowley this week repeated the tired and debunked myth that eight year old boys have ‘as much testosterone as an adult’. Jacquelyn Collins explains why such claims harm both parents and children, and why they need to stop.

Update, Jan 11: Read a response from Steve Biddulph at the foot of this article

I’m a very lucky and frequently exhausted mother of four-year-old twins, a girl and a boy. And in Facebook parenting groups I often see fellow parents of preschoolers ask for help with their kids’ challenging behaviour. If the child is a boy, somebody will invariably remark that four year old boys have a testosterone surge, and that this affects their behaviour and makes them really challenging, and therefore you should just ‘hang in there! [smiley face]’.

The testosterone surge is blamed for anything a boy of that age does – from punching his sister in the face to doing a wee in an inappropriate place. Has your son laughed at a fart joke? Blame the surge. Has he ignored your request to pick up toys? That’s the surge talking. Oh, he deliberately poured a smoothie all over the dog? S.U.R.G.E.

But here’s the kicker: there isn’t a testosterone surge at the age of four, at eight, or at any other stage before puberty. Below is a handy graph from the blog Evidence Based Parenting. It shows testosterone levels through a person’s life. There’s a surge between birth and six months and then nothing until voices get wobbly and hair grows in funny places.

The idea of the testosterone surge started with Steve Biddulph, a parenting expert who has based his career on the idea that boys and girls are very different and therefore need separate books written about them. I haven’t read his books, largely because my experience of raising a boy and a girl together has taught me that kids aren’t so basic as to be predictable based on their genitalia or the gender they are assigned at birth. My son is gentle, sensitive, finds most things a bit scary, has great fine motor skills and toilet trained earlier. His sister is louder, more physically confident, can’t be bothered with anything small and fiddly, and intends to be a superhero called Flash Hattie when she grows up. They’ve barely had an hour apart and they’ve had completely equal treatment – this is who they are.

Given that Biddulph lacks scientific, medical, and biochemical credentials, it’s amazing that his theory about testosterone surges has endured. You read it everywhere, including in mainstream news articles where journalists casually say “scientists believe…” when talking about it, without ever naming those scientists.

Incidentally, research into the effects of increased testosterone has shown that it might be linked to increased aggression levels, but not to inattention, over-activity, or any of the other annoying things a child might do (like changing their mind about what they want to eat for dinner the split second you serve it to them). Even if the surge was true (it isn’t), we’d be delusional to blame our kids’ behaviour on it.

I dislike the surge myth because I think it disempowers parents. If my child is playing up, and you tell me that he can’t help it because it’s his hormones, what am I supposed to do? Do I need to put up with my son being a bolshy, disobedient little terror? For how long?

When a mum (it’s always a mum) posts a “my son is being a little shit – what should I do?” comment in a parenting group it’s a cry for help. If you reply with “Oh, all boys are like that. Hang in there Mumma, you’re doing a great job!” that’s very kind and reassuring of you, but that mum has asked for help, not a pat on the back for resisting the urge to start drinking wine before noon. Well-meaning but inaccurate surge-related comments suggest that there’s nothing she can do to influence her son’s behaviour.

In other words: suck it up, mum!

If we are parents who are not dealing with the added issue of underlying conditions that might affect our kids behaviour – we CAN do something about it. It isn’t easy or fun to tackle difficult behaviour, and it might involve trial and error as we figure out what prompts our child to react in a certain way, and what their ‘currency’ might be. Their behaviour might get worse before it gets better when we put boundaries in place and they test them. But what’s the alternative? If you leave your child to run riot, on account of it all being his hormones and nothing you can influence, how is he going to learn about acceptable behaviour, consequences and boundaries, contributing to a harmonious family life, and all that good stuff? And if that’s life with him at four, what’s he going to be like at eight? And at ten? And as a teenager? As an adult man?

Reducing your child’s behaviour to a generalisation based on their genitals or birth-assigned gender, won’t limit the tantrums or naughtiness in your house – you’ll still be dealing with the drama. And plenty of four year old girls can be little shits too! Our daughter had her tantrum phase from 18 months to three (too young for behavioural management, god help us) and her brother threw tantrums from three until four and a half, when we set up a reward-based sticker chart system that revolutionised life in our house. He still has the occasional crappy day, but he knows that he can either be an obstinate little sod (and not get stickers and treats), or he can take the easier route (and have a cruisy life with parents who aren’t fed up half the time).

Four year old tantrums are hideous, far worse than anything a two year old can manage. If your four year old is being challenging and you want to do something about it, here’s what I suggest: read about different behavioural management strategies, think about what works as ‘currency’ for your kids, consider what consequences would make sense for them, and consider your role in their behaviour. Then put a plan in place and stick to it. Then toast yourself with wine, because you’ve earned it, you non-fatalist, evidence-based legend of a parent!

A response from Steve Biddulph: [This article] attributes to me the research on boys and testosterone, which is actually sourced from the US Department of Aging, Prof. Mitchell Harman, who is cited in early editions of my book. Harman is a world authority on male development and so we felt confident in quoting him. The findings HAVE been questioned, and in editions after 2008 we say this. There IS a rise in Luteinizing hormone at the age of four, and this creates the testosterone making cells ready for puberty and is in effect the beginnings of the puberty process. Its not known if this is the reason for behaviour change.

A recent article by a Sydney endocrinologist Kate Steinbeck credibly argues the mainstream view that testosterone affects the brain when it is quite high, in the womb and in the first six months of life, and this is the reason for boys being more active and impulsive at four as they encounter the restrictions of schooling and a society that doesn’t allow enough activity for their bodies.

Jacquelyn Collins is an Auckland-based mother of twins who will start school in a few weeks’ time. She combines motherhood with life as a full time Urban Planning student at the University of Auckland and will soon start her final year of study. She also campaigns for safer playgrounds at Kiwi Play Safe and starts new blogs on regular basis, the most recent one being Kiwi Café Kids. She can only keep track of everything because she has a legend of a husband and a very helpful au pair.

This content is entirely funded by Flick, New Zealand’s fairest power deal. In the past year, their customers saved $389 on average. Please support us by switching to them right now.