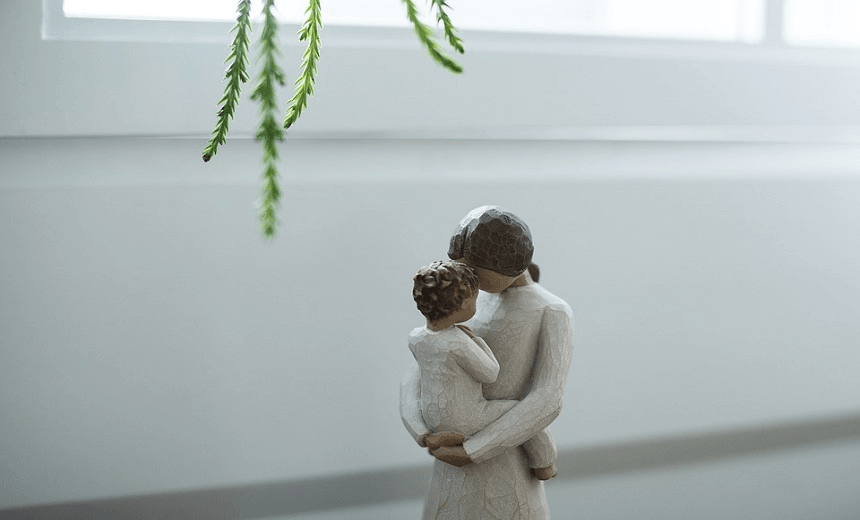 For many, Mother’s Day isn’t a day of celebration. Here, a mother explains why she finds Mother’s Day so tough.

Every year it rolls around and my anxiety increases. The countdown begins, mailers and emails are full of “Love Your Mother” sentiments. All over social media people celebrate their mothers.

Everywhere you look the Mother-Daughter-Mother relationship is held up as the great ideal.

And if you’ve never had this, it hurts all the more. I’m trying to change the way I view Mother’s Day. I’m trying not to hate it. I’m trying to turn things around and view the childhood I had in a different way. I want to see it as a good thing because that’s what we are meant to do right? Turn pain into positive?

My child is fascinated by maps.

He carries around a piece of paper. A post-it note. An envelope that once winged a Christmas card our way. A page torn from a colouring book. A flyer from the local chemist.

He looks at the omega 3 tablets,  squints at the nit shampoo, traces his finger over the two-for-one lipstick and the on-special cold and flu tablets. He sticks his tongue out in concentration.

He says it with such conviction.

He knows the way.

After the birth of my child I wrote him a letter. I made him a promise. A promise I hope I will be able to keep.

As I held him I hoped it must be true that every mother loves their child in those early months. There was a time that I was loved deeply by my mother. Did she trace my face – crown to the tip of my nose, my lips? Did she touch my ears? Did she make promises?

Even if she couldn’t keep them, in the dark did she make promises?

One day my child may have a child.

When he looks into the eyes of his child what kind of map will he draw on? What will I have given him?

I sometimes feel as if I have no map.

Or rather maybe I have a piece of paper that has lines crossed on roads – turn back, don’t go this way. This way is just heartache and pain. This place isn’t safe.

How to mother without a mother?

When you’re still navigating that relationship and it looks nothing like what your relationship is like with your child?

You keep handing back the map – torn and taped together, glistening with tears. Only to have it torn again.

Sometimes when I see friends with babies talk about their mothers I can see they have a map. I saw a friend in hospital after the birth of her son. Her mother was there. As my friend gingerly stepped toward the toilet her mother placed her hand on the small of her daughter’s back. She didn’t flinch. I don’t know if she noticed.

But I am sure she knew her mother was there. Really there.

A simple gesture, so natural in the world of ordinary and quiet love between child and parent. I am here. I am here for you.

She has a map.

I created a new map for my child. The one I hope he will draw on one day.

So that he might hear my voice as he parents.

So that he might feel safe and strong and confident with his child.

So that one day he will know, I tried to make a map.

I lined the roads with love, the streets with kisses on noses, the lanes are whispered words of encouragement, the avenues I laid down for him with ease. No sacrifice, just redemptive power.

Blue and green lines crossing are all of the times I remembered I’m his mother, not his child. They are tiny reminders that it’s not his job to make me happy or healthy or clean or sober – he doesn’t have a job, he doesn’t have to grow up before his time. He is just my child. This period of his life is for jumping on trampolines and secrets whispered and climbing on top of the couch and staring out at stars in the night sky. This time is for kite flying and growing swan plants and books about trucks and swirling eyes closed singing their favourite songs.

The train track crossings are the times I chose him instead of an escape because I need him to know I choose him. Always. That he doesn’t make me want to run away. I run toward him. I run arms outstretched to be his home.

The bridges over water are the signal to him that I’ll always keep him safe and never bring harm to his door.

I’ll place it above the ripped and torn map that couldn’t show me the way.

Together, we’ll know the way.

And the next baby born will have a clear path.

Maybe that’s the only Mother’s Day gift I can give.