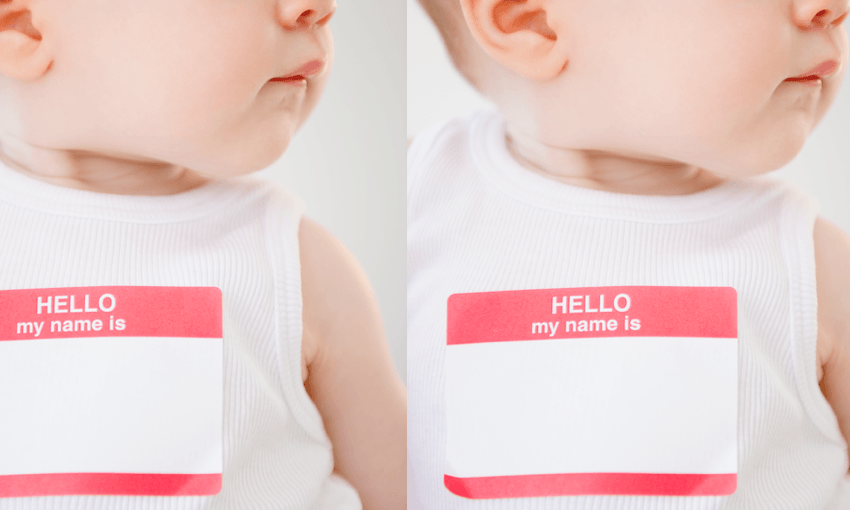 Justice for Baby Justus: the fight to overturn a baby name ban goes on

Bevan Marten, the lawyer on a one-man crusade to ensure parents can name their children Justice, is still fighting.

Back in January I wrote an article for this website arguing that people should be allowed to name a child “Justice”. It is a name that is often rejected by New Zealand’s Registrar of Births, Deaths and Marriages, and I think that’s the wrong call, so I offered to take a case for free if a family wanted me to.

It did not take long. I was contacted by a lovely couple who had their infant’s name rejected. They wanted to call him Justus.

I wrote a fiery lawyer-type letter to the registrar and asked for reconsideration. I cited case law. I invoked the Bible. I mentioned the soft “J” sounding almost like a “Y”.

The registrar replied and politely agreed to accept the name.

Victory for Baby Justus had come quickly, and I was thrilled for his parents.

But this did not secure the fate of the next little Justice (or Justus) whose parents might not have the opportunity of fighting back. The registrar’s decision in such a case is specific to that particular child – it does not set a precedent.

I had to press on.

Conveniently, a friend pointed out, parliament was reviewing the Births, Deaths and Marriages Registration Act. I could go straight to the top!

There I was on the 4th of April, in Committee Room 7, with a whole bunch of lovely people fighting the good fight on gender identity. We were all ready to give the Governance and Administration Select Committee a piece of our minds.

The committee received my submission warmly. Some of them knew people called Justice! It was looking positive.

My argument was that while there is a small risk of someone called Justice being confused for a senior court judge later in life, this was outweighed by the positive features of the name. Justice is a virtue, a concept central to New Zealand life. If a small number of people want to name their child after a concept like that then let them.

The Registrar of Births, Deaths and Marriages is on record saying their office lets the name through some of the time – why have the law applied unequally to some families? Why put them through the hassle and uncertainty of a Family Court appeal, as the law currently requires?

Turns out not everyone sees it that way. The Select Committee’s report came out on 10 August and there was … no mention of the issue. So Brett Hudson MP (the committee chair) and the rest of them evidently don’t care. A heartless mob!

That means the Hon Tracey Martin has some work to do. She is the government member in charge of the bill, and it is not too late to slip in a tiny amendment that will help all those tiny people whose parents just want them to bear a lovingly chosen name with meaning.

Dr Bevan Marten is a Senior Lecturer in the School of Law at Victoria University of Wellington, and a Partner at Izard Weston.