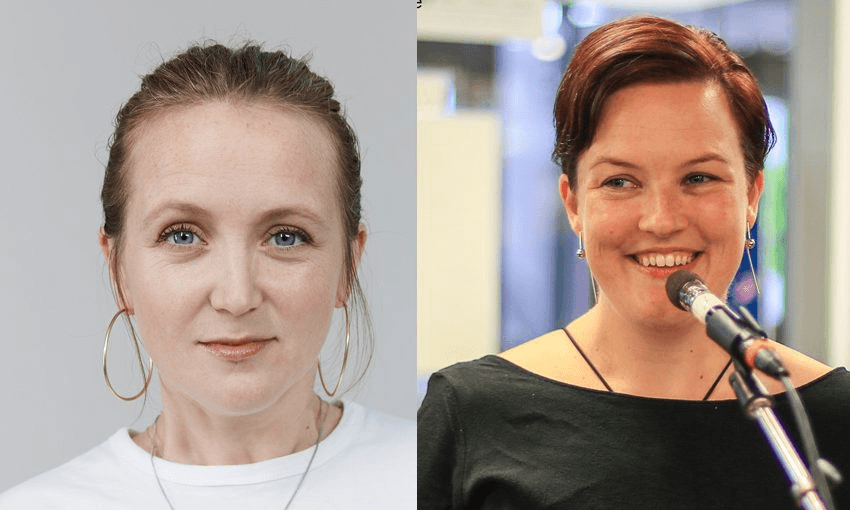 On motherhood: Hollie McNish and Emily Writes in conversation

The sold-out session at WORD Christchurch “Motherhood” featured British poet Hollie McNish, known for her poetry and writings on mothering, sex, pregnancy, and birth. Her book Nobody Told Me chronicles her pregnancy and the first few years of her daughter’s life. She was joined by author and Spinoff Parents editor Emily Writes, who has recently launched her second book, a collection of parenting stories called Is It Bedtime Yet?

Author of seven novels (the latest being Gabriel’s Bay) and mother of two Catherine Robertson chaired the session which covered topics ranging from parenting styles and prolapses to sex after pregnancy and activism. Hollie read her poem, Megatron, inspired by a date-night with her partner to the film Transformers. She considers the mother as the ultimate transformer. Brannavan Gnanalingam read his essay included in Emily’s book Is it Bedtime yet? Brannavan is the author of five novels, his latest Sodden Downstream was shortlisted for the 2018 Ockham New Zealand Book Awards.