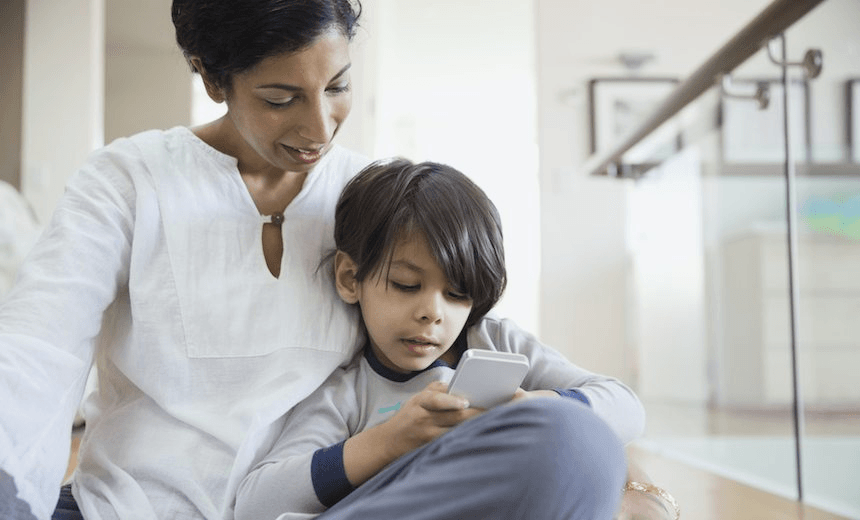 Teaching love: How to support your children through questions about gender identity

Teaching love, tolerance, and inclusivity in the face of hate groups like Family First is incredibly important for our children. Scout Barbour-Evans has advice on talking to kids about gender, and how to support them if they’re transgender, takatāpui, and/or gender-diverse.

My name is Scout, and I’m a takatāpui-identifying student, hopeful politician and hobby-writer living in Dunedin. Takatāpui is the word that I use to describe my gender identity, because my gender is very intrinsically linked with my culture as a Māori person. I whakapapa to Ngāti Kahungunu ki te Wairoa and Ngāti Porou. I’m studying a Bachelor in Social Services at Otago Polytech and a Certificate in Te Reo Māori at Te Wānanga o Raukawa because I don’t know when to give myself a break. I also ran a campaign to become Dunedin’s mayor last year, which confused our local media and caused them to receive a lot of angry letters to the editor about how they “broke their journalistic integrity” by using my pronouns correctly.

Oh, and when you’re talking about me you’ll refer to me with singular they/them/their pronouns. That isn’t optional.

Initial disclaimer: I’m not a parent. I’m only 21. I actually vetoed my ability to give birth 9 months ago when I started testosterone and chose not to freeze any eggs. I figured my body wouldn’t be able to handle it and my mental health wouldn’t be able to either, and now I’m a little sad about that, but that’s a whole different story. I am, however, lucky enough to have been a big part of the lives of my young cousins, and to work with LGBTQ-identifying young people through OUSA Queer Support and RainbowYOUTH in Dunedin.

Then Spinoff Parents editor Emily Writes asked me to write this piece for all the parents of gender-diverse and non-gender-conforming kids out there in Aotearoa, and the parents of kids in general. Obviously I’m not a parent, but I am a media-recognised gender-diverse person, so I’m perceived to have a little bit of authority on what gender-diverse or transgender people need from society. Namely, human rights and respect.

We’ve all seen the disappointing media hurricane surrounding Family First’s latest campaign, “Ask Me First”, which funnily enough happens to be plagarized word-for-word from a different campaign in the US. We’ve seen “Laura” prodded into complaining by her (IMHO) overbearing, bullying mother who raised a child to believe that transgender people are subhuman in some way. We haven’t heard anything from the student herself – a teenage girl with feelings and rights who does not deserve this bullying from her peers.

It’s a shame, because the Youth ’12 report – a report on the wellbeing of transgender youth in Aotearoa – has shown that 53.5% of trans youth are worried for their own safety at school. 17.6% of them are bullied at school at least weekly, and 19.8% of trans young people had attempted suicide in the last year. These are really, really alarming statistics.

I spoke to RadioLIVE on Wednesday about the fact that everyone is focused on this theoretical, abstract debate about whether or not transgender people should be allowed to pee outside of their own homes, while our transgender rangatahi are suffering in a real, tangible way. We know from seeing the Safe Schools and marriage equality plebiscite debacle in Australia that when this sort of bullying happens by media, the overall wellbeing of our LGBTQ rangatahi goes down.

It’s pretty hard to keep current affairs away from kids these days. Either they see you watching the news, or a kid at school tells them what’s happening, or they hear some adults talking about it.

It isn’t, however, hard to teach your kids about diversity and the importance of respecting that. When Mr 6 asked me if my flowered button-up shirt from Hallensteins was a “girl’s shirt” or a “boy’s shirt”, we had a really cool little chat about how the clothes you wear don’t make you a boy or a girl. When Miss 7 asked me about why I changed my name, we had a awesome, age-appropriate conversation about my whole transition process, where the precocious lil thing asked if the “medicine” the doctor gives me to help me have a “boy’s body” would make me grow a penis and I had to stammer out a surprised “well, we’ll talk about that when you’re a little bit older”. When Miss 8 and Mr 11 asked about my name change, their mum and I talked about how gender isn’t restricted to boys and girls and there are heaps of different people with different genders, and isn’t that so cool that they’ve found ways to feel comfortable and good within themselves?

The point is, children are pretty perceptive and our tamariki will probably overhear something. It’s your choice as a parent how you start the conversation. Just know that if you come at it with love, patience and without making a big deal out of it, that impression will last a lifetime. And it will make it easier for your kids to come out to you in the future if they themselves find that they identify as transgender or non-binary.

If your kids have questions that you don’t know how to answer, or you don’t know how to bring the topic up in a safe and natural way, feel free to get in touch with Rainbow Youth. They have support groups – and there is a support group for parents too. I’d also recommend giving the Cartoon Network show Steven Universe a go – it’s a child appropriate show with really well-developed conversations about inclusivity, diversity, and Garnet (a rock who is actually two lesbian rocks morphed together) is literally #MumGoals.

Teaching diversity, love and tolerance in this disaster of a world we live in is a pretty daunting task, but from all of the children and teenagers I’ve worked with so far, it is so, so worthwhile. I’m a firm believer of the idea that people are inherently good, so catch ‘em when they’re young.

The Spinoff Parents will be publishing a list of ways you can combat Family First’s hatred to support New Zealand’s children tomorrow.