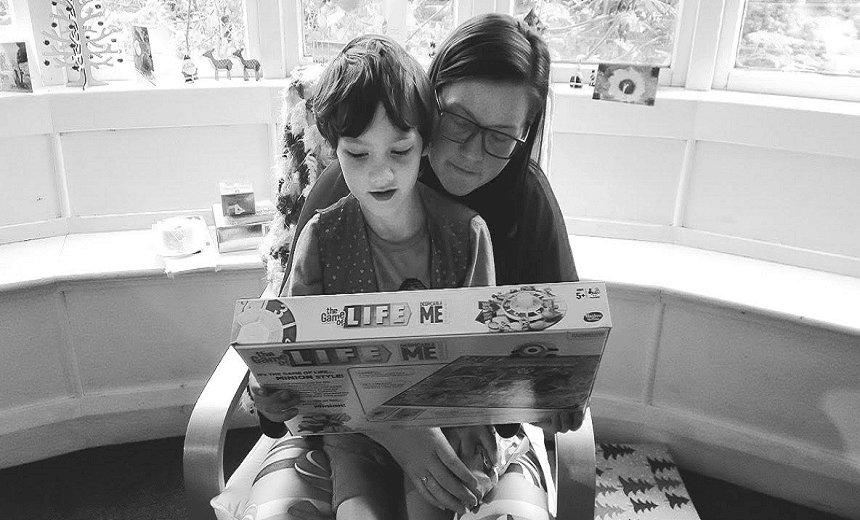 The Tinder Stork: How I used Tinder to try to get pregnant – the final chapter

Charlotte Fielding wants another child. In this, the final in a four-part series, she writes about the end of her attempt to use the dating app Tinder in an attempt to complete her family. Read part one and part two and part three if you haven’t already.

Alright, time to end the suspense. The things I have written about in the earlier parts of this series happened in 2016. It is now six months after the attempted insemination by a sperm donor I found on Tinder, and I am not pregnant.

I don’t know what the success rates are regarding home insemination but I imagine they’re pretty low. The donor was happy to try again as often as it took, but I decided not to try. The main reason was that I had Hyperemesis Gravidarum (severe nausea and vomiting) during my pregnancy with my son, and it was traumatic and terrifying.

I had convinced myself it was worth the risk of having HG again; that I could cope with the help of my friends and the medical system. But when the reality of a possible pregnancy was imminent, my bravado dissipated, and I grew intensely anxious. By the time the test came back negative, the relief was so strong I knew without a doubt that I should not try again. There was so much momentum; I’d planned this for months. I’d shaped my life around (probably) being ill, having a baby, all the research I’d done and wanted to write about. But it didn’t work, and I was glad. So glad. I wanted a baby but it turned out I couldn’t face battling through months of deathly illness on my own. I grieved for that baby but I didn’t doubt.

I haven’t abandoned my hopes to have a baby one day, but I want to do it with someone who can pick up the pieces while I’m ill, and most of all someone to share in the joy with me. The hardest thing about solo parenting isn’t necessarily missing someone to share the hard times with. You just cope with those. It’s harder to not have someone to share the delight with: all the ordinary, lovely moments of family.

If I don’t ever have another baby, something about this journey has given me peace about that too.

Part of the reason I abandoned my pregnancy plans without too much pain was that I was also applying to become a foster carer. I had first gone through the process when my son was just a toddler. I did the training and got approved, but I decided not to go ahead with it as I felt he was too young. At this point I felt that my circumstances were both stable and flexible enough that I could finally do it, and my son is now old enough to handle it.

One of the questions people often asked me was “why don’t you just adopt?” and the simple answer is that adoptions are so rare in New Zealand that it’s guaranteed not to happen for a single mother. However, there are thousands of children who need both temporary and permanent foster homes. At this stage my energy is better placed supporting a child in need rather than gestating another one.

I’ve noticed very different reactions when people find out I’m a solo foster mother, as opposed to when I was trying to have a baby on my own. I’m now lauded as some kind of hero, which I don’t think is any more accurate than being demonised as a selfish weirdo for trying to get pregnant using a sperm donor.

The world seems increasingly fucked (maybe it has always seemed that way; I haven’t been around long enough to know). I am often lost as to what I can do about it. I am one person with limited power, time, and money. There’s a whole list of things I can’t do or don’t want to do, but one thing I can do is give a child love and support and healing for however long they need it. It’s a small offering to a world that needs much, much more, but I consider it a starfish. You might know the tale of the person walking down the beach throwing starfish back into the ocean. Someone challenges them: “there are so many; how can your effort make any difference?”

“It makes a difference to this one,” the person says, throwing another starfish into the sea.

Taking in a child who needs a stable home is my starfish. Taking in the next child is another starfish. It is the small thing I can do with great love.

The foster system can be intimidating, and there’s a lot to say about foster care; I can’t begin to cover it all. I’m aware there are a lot of political issues around state care, not to mention the abuse children have suffered at the hands of people who should be caring for them. It needs to be acknowledged (and sorted out). But here I am just telling my small story.

There’s a wildly different dynamic that comes with welcoming a non-biological child into your home. Especially a temporary one. For example, sleep. And how hard it is when you’re not getting enough, and when it isn’t your child you’re waking up to through the night there’s a little voice in the back of your head that says “you can say no, you can stop this.” It is a hard task to take on. It’s wonderful, too. Just like all parenting, really.

My son was one of those weird babies that slept exceptionally well. I’ve never really experienced sleep deprivation, just the odd rough night or few. All you parents out there who have secretly hated mothers like me for the easy ride we’ve had with sleep… well, I feel you now. I have a toddler who wakes several times a night and gets up early. And I don’t even have the new-baby hormones or the maternity leave to help deal with it; I still have my normal busy life with obligations that fill up my days and extend into my evenings; obligations that I’m simply not keeping up with at the moment. I suddenly have a traumatised child who needs more love than most, but the child is not mine, I do not love them more than most. I care deeply, I have love, I am here. But it’s hard.

Every night I’m exhausted, I feel rage – not at the children, of course, never that – simply from being awake when my body is fighting to sleep. Every morning I feel hopeless, like the task ahead of me is too big and I couldn’t bear to fail, and I want my comfortable, easy life back. Then by the afternoon my optimism creeps back in, and by evening I’m calm and hopeful again.

My village has stepped in when I’ve felt like I’m crumbling, in practical and emotional ways. I’m lucky to also have a supportive boss and a workplace where I can take children with me if needed.

In my sleep deprived haze I sometimes get wrapped up in feeling, instead of thinking about others. I have to keep reminding myself that the important thing here isn’t me, it’s this beautiful, vulnerable little child, who despite an incredibly difficult start to life, somehow trusts me enough to fall asleep just because I’m there. There aren’t really words for how I feel about that.

I wish I knew how to wrap this article up with some succinct wise words about parenting, vulnerability, longing, social responsibility, and the heartfelt complexities at the intersection of these things. I don’t. This story started with me planning a pregnancy and has not ended with me having a baby. In that way it could be an unsatisfying narrative; the Hollywood tropes demand a satisfactory conclusion. But my story hasn’t ended yet so there really is no conclusion. For now I’ve welcomed someone else’s child into my home, and may or may not have one of my own one day.

Charlotte Fielding is a student, an entrepreneur, and a mother of one. She likes cheese, road trips, podcasts, memes, social justice, and that moment at the end of the day when you get home and put your pyjamas on.