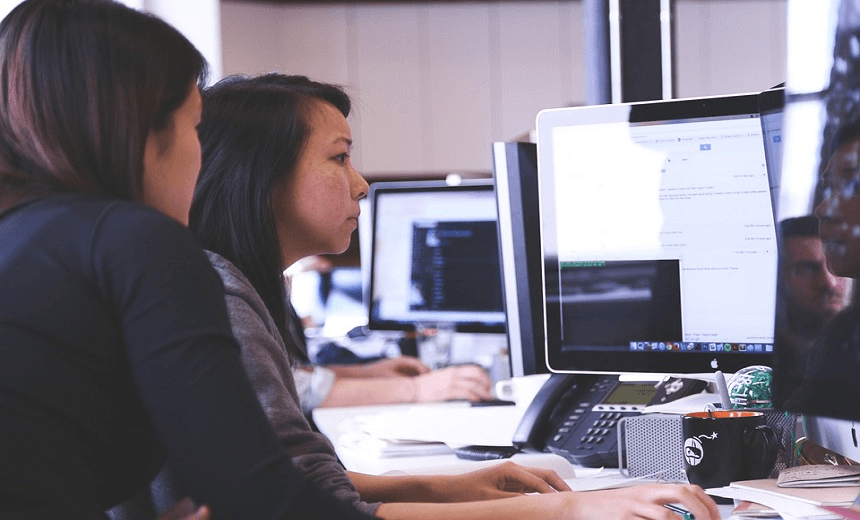 I’m a stay-at-home mum about to return to paid work and I’m freaking out!

Returning to paid work after any amount of time at home looking after our younguns can be a huge adjustment. Wendy Black outlines her big fears and what she’s excited about on the eve of her return to work.

Two days ago I was a stay-at-home-mum spending my days mumming to my two year old daughter and one year old son. Now, after being blindsided by an amazing job opportunity, I am a stay-at-home mum returning to work in four days’ time.

And I am freaking out! Not about how my kids are going to cope – they are two independent cool kids who love socialising. I’m worried about how I’m going to cope!

Although I have done it before, this time is different. I returned to work for six months while pregnant with our second baby. But now there are two kids and it’s a new job I’m starting, in a new place, with people who never knew the me I was before I became ‘Muuuuuuuuum’.

Let’s be honest. Sometimes being a stay-at-home-mum can be boring. Of course we love our little creatures but meeting their needs day in and day out can become somewhat monotonous. Both mine are still in nappies. Some days they will play Poo Tag and shit every hour alternately. It feels like my day is spent sniffing the air and asking “Who has done a poo this time?” Which probably sounds far more menacing and accusatory as the day wears on. So I am actually really excited about re-entering the Adult World. But I am also rather nervous….

These are my concerns:

Leaving the house on time

We all know how kids feel about anything done urgently: They don’t give a shit. I just love asking my daughter 25 times every morning to put her shoes on. Then nine times out of ten she takes her socks off instead. Not helpful! And of course the little one always does a poo at the immediate moment we are ready to exit the house. While I have always been a bit fluid when it comes to punctuality, being a mother has made me much, much worse. But on Monday morning, I can’t be late. There’s a 9am staff meeting. Where I will sit round a table with actual adults. And I bet they won’t leave the table halfway through the meeting to crouch behind a curtain and do a poo.

Making small talk and getting to know people

I am going to have to remember who I was in my pre-Mum life and what my interests were. No one is going to be impressed if I’m asked what I did last night and my answer is “Folded two baskets of washing, tagged my best mate in some cat memes and watched The Bachelor while eating the hidden party bucket of M&Ms.”

What the hell am I going to wear?

All my most recent office clothes are for preggos.

Since giving birth I have been living in activewear and polar fleece. So a new work wardrobe is potentially a welcome change. For the whole world. For anyone with eyes.

I will also need to demummify my handbag: goodbye to the Travel Sudocrem, the emergency stop-my-kid-from-having-a-meltdown-in-a-shop snacks and the talking Gordon train wailing ‘Oh, the indignity!’

Hang on, Gordon can stay. His wailing is a perfect mantra for mums. We know all about dignity (and the lack thereof).

I feel bad for implying SAHM’s don’t use their brains. We do! We spend our days ensuring our little loved ones grow and thrive until bedtime. Do I even remember how to do my job? I used to daydream a lot at my desk. Being pregnant, it was mostly about what our babies would look like and what we would name them. Now my daydreams involve which dog in Paw Patrol is most likely to get Skye pregnant. And what would those babies look like? But let’s rule out Marshall. He’s so bloody clumsy he’d probably get it in the wrong hole.

Both my kids experience night wakings. My son is currently teething and/or having a growth spurt and/or banging his head on the cot and/or just awake. My daughter likes to come and stand next to my side of the bed and breathe at me. One time it wasn’t breath, it was vomit. Onto my pillow. She got some toy glasses recently (yes from a Happy Meal, come at me Mummy Judges) and woke at 3am desperate to find them. Stupidly desperate. The irony was that I wasn’t wearing my own glasses, (because 3am!) so I couldn’t even diffuse the toddler craziness by finding the stupid things. I did try, but all toys look the same when they are 50 shades of blurry. But I digress. Most of my nights involve multiple wakings – how the hell will I cope in a job?

If I’m starting to flag in the afternoon at home, while one has his nap, the other one joins Dora on an adventure and I lie on the lounge floor and have a microsleep. How on earth will I survive at work?

At work my phone will have to stay in my handbag. This is a good thing. I use it too much. When I’m at home it’s my connection to the ‘outside world’. It’s an important tool I use to reach my fellow stay-at-home-mum friends who completely understand my daily life. Recently my son was sans nappy for not even 60 seconds, in which time he took a dump on the carpet, walked in it and drove a car through it. Funny poo stories are made to be shared! I had to text a lot of people that day.

Now I’ll probably get caught using the work computer to buy concert tickets to The Wiggles, because they go on sale at 9am and I CANNOT MISS OUT! I mean, my KIDS cannot miss out….

BUT – Motherhood makes us stronger

So I know despite all of these concerns, we will be OK. Without a doubt my kids have made me more confident. I have grown and birthed two humans – I can face anything now! And those humans weren’t that gentle on me either. I’ve had stitches in my vagina four times since Baby #1. Motherhood forces upon us an inner strength. You give me a hard time and you might meet the woman who went through transition bent like a staple in the front seat of a car on the one hour journey to hospital. These babies have caused stress like I have never experienced before. Like being 4cms dilated while my husband is taken into an urgent two hour surgery or having one then two then three sonographers crowd into my daughter’s 20 week scan and quietly look at the screen.

Having kids prepares us for challenges. I regularly have to carry my very strong willed daughter kicking and screaming away from a playground or a shop when she won’t leave. Yes I become flustered and get sweaty armpits but I really don’t care who looks and what they think. I’ve been spewed on, wee’d on, poo’ed on. No one’s likely to do that to me at work, are they?

Kids test us but we wake up the next day and do it all again.

So bring on Monday.

Wendy Black is a mum of two, a writer and wiper of high-chairs. She is the third generation in her family to have a baby at 35 years old and on a good day, she daydreams about having a third…These daydreams normally dissipate around dinnertime.