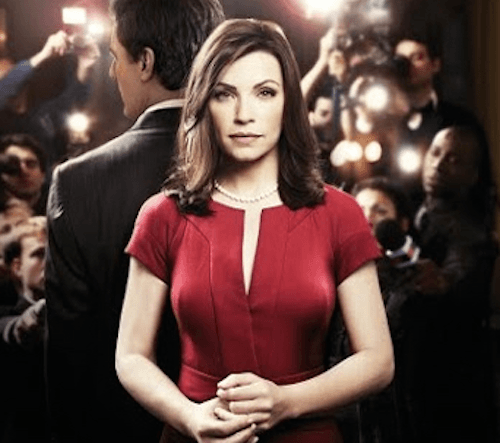 Inside the Lightbox: New in July – Headless Horseman, Scorned Women and Teen Wolves

Inside the Lightbox is a sponsored feature where we mine the extensive Lightbox catalogue for cool shows you might like to watch. This month, it’s out with the old and in with the new as the cool content gets a mid-year shake-up. Here are the new shows that have arrived just in time for July:

The Good Wife is a drama that explores issues that have never, ever, been focussed on before in the political arena: sex scandals and corruption. Alicia Florrick begins the series as the titular good wife to a corrupt Illinois State Attorney, who is jailed following an explosive sex scandal.

What follows is the story of how Alicia rises from his sleazy shadow, and balances her various responsibilities and roles. Pushing to prove herself to Chicago’s most prestigious law firm, she returns to the litigation world after 13 years of wifedom and motherhood.

If you haven’t seen season one yet, we won’t spoil anything for you. Go watch season one, now. Based on a true story, Piper Chapman is set to a women’s federal prison after smuggling a suitcase of drug money to her former girlfriend in a past life. Leaving behind her wholesome partner and middle-class New York existence, she enters a whole new world full of incredible unique characters and daily trials unlike anything on the upper east side.

Blue Bloods is a procedural police drama following a family of officers within the New York Police Department. Frank, played by the world’s most famous moustache Tom Selleck, is the police commissioner and head of the Reagan family. He’s a Vietnam veteran, a 9/11 first responder and a father to three adult children who have the yearning for justice pumping through their veins. Filmed on location in NYC, the drama captures how it feels to live your personal and professional life in the line of duty.

Fans of Johnny Depp movie reboots, stumpy necks and time travel will love this one.

“The core concept is bonkers enough: Tom Mison, a sexy Brit-turned-revolutionary fighting against the redcoats, is transported to modern-day Sleepy Hollow to fight the Headless Horseman, who he decapitated on the field of battle…Sleepy Hollow works because it approaches everything with a relatively straight face, yet never seems to be taking itself too seriously. It blows through every bit of info-dumping matter-of-factly, and by the end of the premiere every character’s on board.” – David Sims, The A.V. Club

As reviewed by Spinoff Editor Duncan Greive, “the elevator pitch for Top Boy is essentially ‘The Wire, but in England’, and the way the drug trade ripples out and infects whole neighbourhoods is a central concern for each show. But London is somehow bleaker and less glamourous than even David Simon’s Baltimore – death comes mostly by the knife, not the gun, and there’s no sense of major financial reward for anyone involved in the trade. The UK’s big dramatic success of recent years was Broadchurch, which showed a murder gripping a small town. Top Boy – easily its equal – studies the grim resignation that accompanies death in the slums of a big city.”

Save the Date: Coming soon in July…

A few shows have sadly departed the Lightbox land. This month we’ve already farewelled Betas, Alpha House season one, and it’s big serious brother House of Cards season one. If there’s ever a time to get binge watching, it’s now. Here are the rest of the shows that will be leaving Lightbox later this month:

My Name Is Earl

From the Edge with Peter Lik

Excited about the new shows like Good Wife? Want to squeeze in a pint of Brew Dogs before it goes forever? Click here to make your TV dreams come true with Lightbox today.