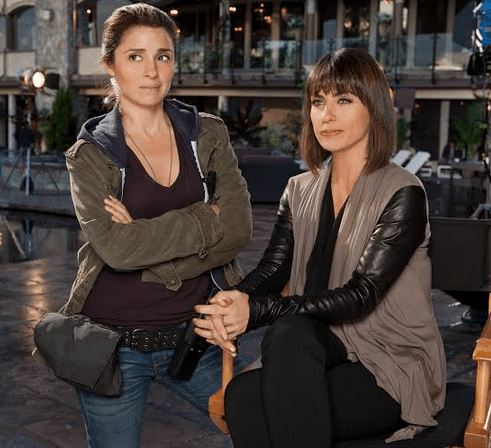 Inside the Lightbox: New to Lightbox in May/June – Family Feuds and Fake Reality

Inside the Lightbox is a sponsored feature where we mine the extensive Lightbox catalogue. This week, we look at five of the best new shows that arrived in May and are coming in June.

Legendary showrunner funny man Dan Harmon is back for the fifth season of Community, where we reconvene with our college misfits a year after Jeff has graduated. Returning to tread the research boards on a case he’s working on as a (now-qualified) lawyer, Jeff learns what has happened to his friends since they flew the coop. With everyone a little older and a little wiser – somehow the same tertiary hijinks still manage to ensue.

From a school-wide game of ‘The Floor is Lava’ to an emotional Dungeons and Dragons tournament, season five is heavily laden in Community‘s quintessential fast-paced pop culture references. With guest appearances from Breaking Bad’s Jonathan Banks and Vince Gilligan, as well as the exit of Chevy Chase (Pierce) and Donald Glover (Troy), it’s a momentous season faced with the highest of stakes – the potential end of Greendale Community College.

One of the longest running scripted television shows in the entire world, Days of Our Lives returned to New Zealand in May, as soft-focussed and melodramatic as ever. Despite the shows age (50 this year), there are no signs of it slowing down. 39 minutes episodes. Five times a week. For all of foreseeable eternity. No wonder they need so much scotch. If you are unfamiliar with the basic premise, the soap follows a handful of large dynastic families as they intertwine, elope and kill each other on a seemingly daily basis. It’s great, ridiculous fun.

Days of Our Lives had been gone from our screens since 2013. In that time we’ve missed plots to burn ex-husbands alive, the death of a local “sexy sociopath” and willy nilly fetus burglary. Enjoy this introductory guide to the Days of Our Lives world, pour yourself a stiff drink and get ready for delightful dialogue such as “my only competition is a billionaire ball player that oozes charisma from every pore”.

The sixth and final season of the neo-western series that has breathed new life into the cowboy hat. Based on Elmore Leonard’s novels Pronto and Riding the Rap, Justified follows deputy U.S. Marshal Raylan Givens as he enforces his own special strand of justice in his Kentucky small town. If you need a quick introduction to the look and feel of the series, read our Catch Up Club of the Justified pilot.

The final season of Justified has been hailed by critics as return to form for the series, “rebounding with crisp storytelling and colourful characters who never take themselves too seriously” (Rotten Tomatoes). With the bones of an old John Wayne classic, and the style of modern crime caper True Detective, this show isn’t hard to…justify watching.

UnREAL is The Bachelor: warts and all edition, a scathing comedy-drama set behind the scenes of a dating show entitled Everlasting. In the midst of the winding paths of pillar candles and champagne towers is one of the show’s producers Rachel. She’s the type of woman who frequently forgets to shower and wears a ‘This is What a Feminist Looks Like’ t-shirt. Not exactly the ‘Everlasting’ type. Why is she working there? How does she do her soul-crushing job, against her better judgement? Why does everyone hate her? These are all things you’ll have to stick around to find out.

Frequently shifting between the stagey drama of ‘Everlasting’ and the crew working tirelessly behind the scenes – there’s something in UnREAL for everyone. Fans of reality TV will appreciate the nuanced attention to detail, and those antagonised by the concept of “forever love” will rejoice in its scathing cynicism toward the format. It’s a television show responding directly to its own medium, and yet still miraculously creating a compelling story.

With express delivery, season five of Suits will be arriving weekly from the US from the end of June. If you are unfamiliar with the show, the flashy lawyer drama follows two compadres – big wig lawyer Harvey Specter and college dropout (but unrelenting genius) Mike Ross.

Despite having no qualifications, Mike is hired by Harvey to work at Pearson-Hardman associates. Together, they close cases and guard Mike’s career-destroying secret – until they can’t. There’s still time to catch up on all four seasons before the end of June, make like Willy Moon and suit up for these wintery months.

Get involved in all these new Lightbox shows, and catch up before new ones arrive, by clicking here