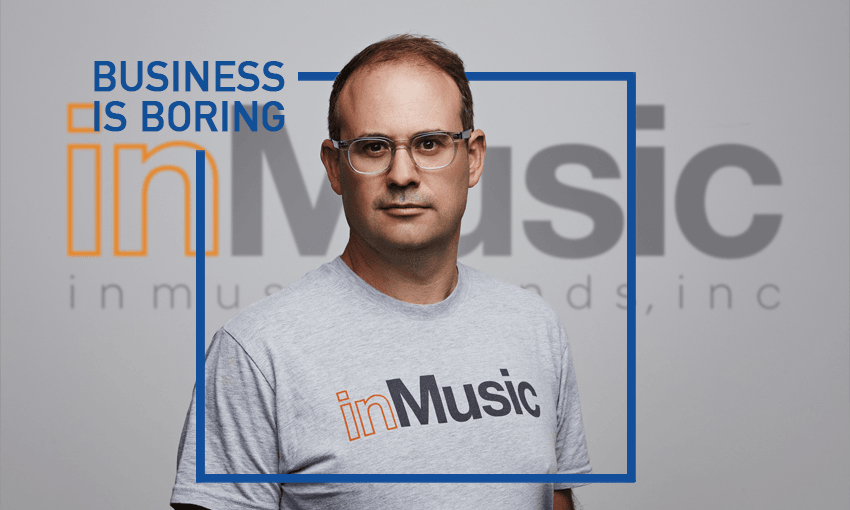 Business is Boring is a weekly podcast series presented by The Spinoff in association with Callaghan Innovation. Host Simon Pound speaks with innovators and commentators focused on the future of New Zealand. This week he’s joined by Morgan Donoghue from InMusic.

Auckland’s Karangahape Rd has long been a home of live music, but it might be news to you that it’s also an internationally recognised hotspot for music software innovation and excellence. It’s where InMusic, owner of some of the world’s biggest music brands like Numark, Denon and Akai make their software, while other big brands with offices in the neighbourhood include Serato and Melodics. Today’s guest has a connection to all of them.

Morgan Donoghue was with Serato in key roles during its growth, is an investor in Melodics and is currently the managing director at InMusic. On top of all that he’s also the COO for a very interesting new earphone technology company called Nura which uses software to create personalised audio experiences for listeners. Nura hit the news recently for a deal with the All Blacks in which the team took equity in the company in return for a sponsorship deal – a novel and interesting business approach.

It’s just the latest step in a long and varied career in music for Donoghue, who before these roles acted as the head of global music for Vodafone and manager of Hollie Smith along with his wife Nicky. He joined Business is Boring this week to share a few of the many amazing yarns he’s got from his time in the music industry, and talk about the All Blacks deal, his many different roles and how to make New Zealand music tech sing.

National says it wasn't caused by Covid. The data suggests otherwise.
By Emma Vitz
Contributing writer
Aotearoa continues to adapt to a new reality and The Spinoff is right there, sorting fact from fiction to bring you the latest updates and biggest stories. Help us continue this coverage, and so much more, by supporting The Spinoff Members.Madeleine Chapman, EditorJoin Members