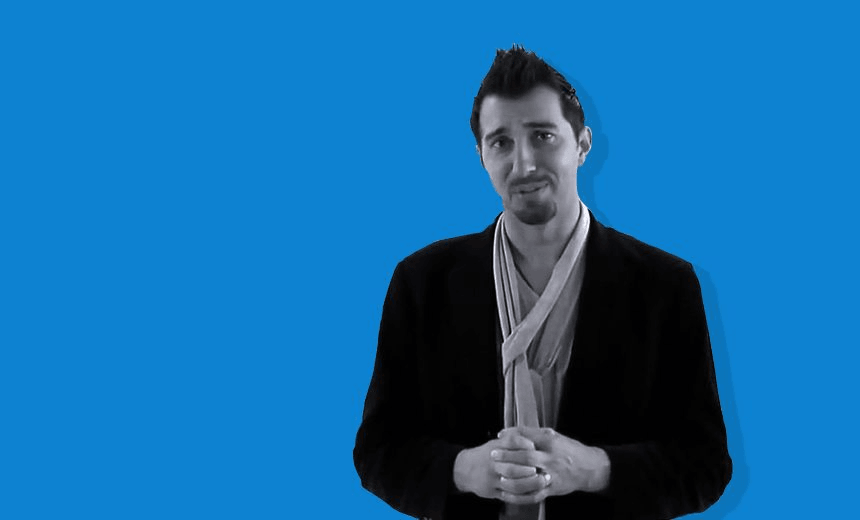 Podcast: Business Is Boring #20 – Brooke Howard-Smith on how his million dollar failure led to success

Many will know Brooke Howard-Smith from TV, as long time host of that tradesperson’s worst nightmare, Target.

More recently he’s been the driving force behind telethons and number 1 singles for Cure Kids, with the Flight of the Conchords starring hit Feel Inside (and stuff like that) racking up millions of views – and dollars – for charity.

Less well known is that Brooke is a former extreme sports pro, who made and lost millions in his own sports brand while young, and bounced back better.

His latest venture is We Are Tenzing, a new sports and high-profile people management firm he’s co-founded with impressive people like Derek Handley. It handles finances, reputations and positive impacts for clients, a new idea that he joined us to chat about.

You’re very well known for the television presenting and for the telethons and things like this that are quite public, but your first public life was as a pro sportsman.

It was the 90’s – it’s always good to have a bit of comedy in the interview. It was the 90’s and I was skiing in the development team for New Zealand and I saw these rollerblades and was like wow I could train on those. Eventually I became a professional inline skater. For kids that weren’t in the 90s, this was as 90’s as neon and bum bags. It defined the 90’s. So I lived in the States and competed at the X Games for around 11 years.

I did invent moves. And I would not change it for the world. I loved my days on the X Games. I got to spend time with incredible people; the inline skaters, the skateboarders, the BMXers. It was just an amazing period.

I was the example. I blew nearly a million dollars in 1997. Then I had a company and I blew that, which was much more than a million dollars. It was because I was a 20-something year old kid who thought this career would last forever, and it turns out, kids, rollerblading didn’t [laughs].

How did you get the million dollars and how did you build the company? Was that the first sportswear company you had, Senate?

I was skating for other people. And at the time, rollerblading was the biggest action sport.

It was. It was the Pokemon Go of the 90’s. So we built a company off the back of that. A friend of mine called Arlo Eisenberg, who was the world champ at the time and I was hovering in the top 10 maybe, we both built a company and it went well. We had some BMXers and amazing other athletes on there.

So you reached great heights with it but then it didn’t sustain. What lesson did that leave you with?

I was living with my parents again by 30. I had this crazy time in my 20’s, lots of money. I had a beach house in Laguna Beach, on the beach, thinking I was the king of it all. And then of course dead broke by the time I was 30. You learn a lot of lessons from that. You learn about creating something that’s a little bit more lasting and a little less egocentric perhaps.

And you came back to New Zealand and you did build another shirt company, didn’t you? While also working TV.

I built a footwear company here, Pointer, and that was another challenge. This is an awesome business conversation because this is like the ‘what not to do’. Bad money, not enough of a plan, no differentiation in the product. We built like a 30 million dollar company in the States at the age of 21. We thought it was us. We didn’t realise we were on a wave and no matter what we did, it would’ve succeeded. I came back and thought I could do it again and repeat it and ploughed everything into that and that was a spectacular failure. Lost a shirt on that and then ended up back living with Mum and Dad.

What did that teach you about what it takes to make a great business?

My best lesson is, if you’re going to be an entrepreneur – and some of you out there will be entrepreneurs and thinking about this – stay good friends with your parents. That’s 100% the best lesson in a startup.