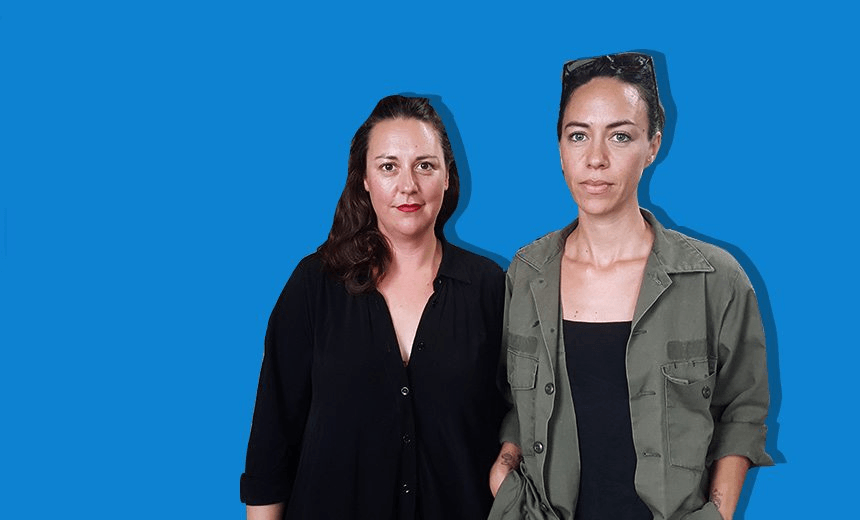 Business Is Boring #40: the Coulter sisters of Cocos Cantina on why owner-operator restaurants rule

Situated on Auckland’s Karangahape Road, Coco’s Cantina has become a favourite for locals keen to eat somewhere low on stuffiness and pomp, but huge on great food and vibes. The owner-operators sisters, Renee and Damaris Coulter are just as beloved, running a restaurant with personality, but also one that treats its staff well and with a heavy dollop of social consciousness.

They’ve also started therealness.world, an online map of independent restaurants and cafes. Very handy for anyone who’s looking to eat somewhere out of the ordinary. Simon chatted with the animated sisters on a muggy Auckland day about the secret to their success.

Tell us about The Realness. It’s something you guys have built to help people find other restaurants that have that independent spirit and quality ingredients. Who have you got involved and what are you guys trying to do with it?

Damaris: The Realness stemmed from about three years ago. There was about 20 restaurants that opened in the space of about six months in Auckland City. The got heaps of media, which was totally cool, and they got heaps of support from council, and what happened was the little guys were really struggling. We were sort of the craftspeople of the city. We were struggling to fill the restaurant and pay the bills. Because everyone was going to these new places and these shiny groups and these big, multi-faceted areas. Which is really great, but it was quite depressing. We won’t name names but there was a group of us that would meet at Coco’s on Mondays and we would call it ‘Monday Morale’. We would sit around and just talk about anything, like ‘is anyone else struggling paying Kiwisaver?’ and what do you guys think of this? It was almost like a problem talked about and shared was a problem halved, so suddenly we were building this team.

I became increasingly frustrated that the people who were at the top of their game were struggling to compete because we chose to use the free range, we chose to use to pay our staff better, we chose to not take partnerships with breweries. And in turn we were still struggling against people who did it easy. Well not easy but just did it in a way that was…when you don’t use free range and you pay for chicken that’s a quarter of the price, the profit in your pocket is a lot more.

So that’s when we created this little map. We stepped back and were like ‘what do all of us have in common?’ And it was some simple things. We were owner-operated, so the people sitting around trying to share our stories all worked in our businesses and we had done our time; we use ethical protein. So all our animal proteins, chicken, egg, beef, all these things we had consciously made an effort to get suppliers who were sourcing ethical animal protein; we only had one restaurant. That was our job; and the last thing was we were free of big corporates like breweries and casinos. All we did was we stepped back and looked at it, then I made a little map and said ‘if anyone wants to be on it, send me your details and I’ll put you on it’. Then from that, created this seed that there was nothing for the little guy.

There were heaps of places who would give you their opinion, there were heaps of review sites like TripAdvisor and Zomato, and all these toxic places where you could give your feedback on whether or not you liked a place. There were heaps of publications telling you ‘what’s hot and what’s not’ but again it was their perspective and what they thought was cool. There was no one actually going ‘hey, there’s a group of people all over the world that are practising things just a little bit differently but in the same way’. So we had these core values which were those four things and no one was actually putting us together. That’s when we decided to build something for a couple of reasons. We can’t afford advertising because the little guy has got such little margins as it is. I was going home at night and I’d turn on the telly while I was making a cup of tea and I’d see an ad for Sky City, promoting their dreamy restaurants and their lovely shiny street. And I was like oh my god this is what we’re up against. We’re up against TV ads and bus billboards. How are we ever going to compete for people coming and visiting our city when they get told at the airport, and when they get off the boats and on the shuttles and on the buses, to go to these places? Surely, these people could go to those anywhere. But no one was representing the people who were like the veins of the city. And that’s why we created The Realness.