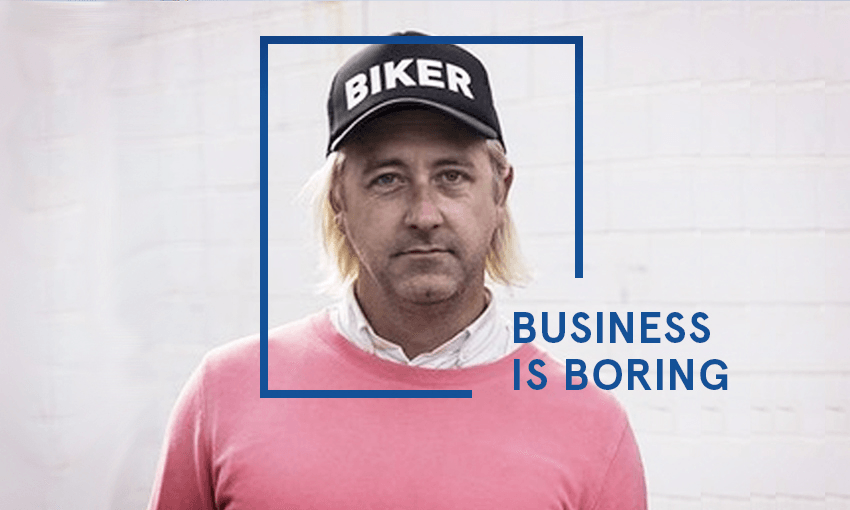 Business is Boring is a weekly podcast series presented by The Spinoff in association with Callaghan Innovation. Host Simon Pound speaks with innovators and commentators focused on the future of New Zealand, with the interview available as both audio and a transcribed excerpt. This week Simon talks to Matt Weavers about bringing e-bikes to the masses.

E-bikes are cool. They get you up hills. You get to work non-sweaty. If you want exercise you can forget to charge it. Bike lanes are safe and great. But there is one drawback. A decent e-bike is probably 2500 bucks or more. Which, if you don’t end up taking to it, is a very expensive ab-flex-like bit of sporting kit to have sitting in the garage.

Enter Big Street Bikers with a very cool idea. What if you could get hold of a fantastic new e-bike and pay less a week to use it than you would spend on your public transport, and after two years own it outright?

During those two years they will help you look after it and even charge it if you are near one of their solar- powered rechargeries. Big Street Bikers have exploded onto the scene with a partnership with Mercury Energy and a pop-up container rechargery, and so far the biggest problem has been keeping up with demand. To talk hitting the moment, e-bikes and the future – co-founder, North Shore Pony Club producer and DJ, 95bFM radio host and award winning advertising creative Matt Weavers joins us now.

How did you get into e-bikes? What was your way in?

It all started when I moved to the top of a big hill, and basically got sick of driving into work and paying the $20 a day for parking, because I was close enough to walk but too lazy to walk because there was a hill, so I thought about getting an electric bike. This was probably around three and a half, four years ago. I bought this retro cruiser-style electric bike which I don’t think I’ve seen any others like it still, and I started riding that around. It was awesome. I got it from China and thought it was going to fall apart immediately but it’s still going now.

And from that you just became a convert? It seems an obvious solution to Auckland being very hilly and traffic really sucks so why not a bike with an engine?

Yeah, it’s pretty logical when you think about it. We’re living in one of the most hilly cities in the world I think, with all of the volcanoes, so it made a lot of sense. When I was riding my bike there weren’t any other electric bikes around. There were maybe a couple of other people who had done the kind of DIY ‘I built an electric bike in my shed’ scenario, which is pretty cool.

It’s been a really fringe thing that’s now coming into the mainstream, which is what you guys are helping to make happen. But if you travel, in places like Japan electric bikes are so commonplace they just leave them unlocked everywhere.

It is crazy. In China it’s been the main form of transportation for the last 15 to 20 years I think. With the battery technology kicking in that’s enabled it to hit the next generation of technology.

What happened between you getting on the bike, enjoying the bike, and then coming up with Big Street Bikers with your crew?

I fled to Europe for the winter and left my bike with a close friend. When I got back from Europe and I asked for my bike back he didn’t want to give it back because he thought it was so awesome. He said ‘what if we bought a whole bunch of those and started a thing?’ So I was a little bit cynical and his enthusiasm kind of carried it over, which is great. Now here we are with a solar powered rechargery and hundreds of bikes.

How did you go from getting the bikes and bringing them in to sort of having this rechargery set up?

After years in advertising we’re used to having sponsorship meetings to some degree. My friend Andrew is my partner in this, he comes from an advertising and technology background. Basically we approached Mercury, because they’re doing a whole bunch of stuff with b-biking, so it was a natural brand alignment. We went and spoke to them and said ‘we want to do this thing with a subscription for e-bikes, are you keen?’

How did you land on the subscription thing?

Well the main barriers to entry in terms of the e-biking movement are the cost to entry and then the safety, and we thought that if we can try to overcome those two things then e-bikes could help transform Auckland. The subscription model came from overseas, where a lot of things are being sold as subscription, so it made a lot of sense because an e-bike can cost anywhere between two and a half and six grand and to get the most people on them as possible we needed to make it affordable.