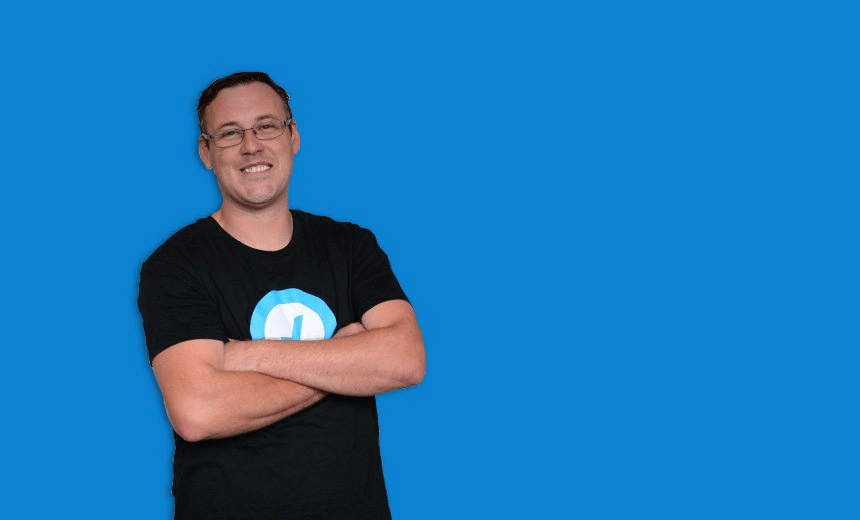 Podcast: Business Is Boring #21 – Ryan Baker on how working from home became a competitive advantage

Although it probably shouldn’t be so newsworthy, it hit the headlines the other week that Timely, a local software-as-a-service high growth company, had hit profit.

To chat about all the things that they’ve got cooking at Timely, we’re joined by the CEO Ryan Baker.

Let’s talk a little bit about how you’re structured. If people were to look online under the hashtag #timelylife on Twitter, they’d find a lot of stories about remote working and something remarkable about your company is that you’re based out of Dunedin and your team is distributed. Tell us a little bit about that and how you make it work.

It’s not something that we really put a huge amount of planning into. When we started there were three of us. I was based in Dunedin, Andrew my co-founder was based in Wellington, and we had a third person we wanted to get on board, William. And when we asked him to join he said he was keen but he wanted to go and live in Malta for a year. There wasn’t really a good reason why not to do that.

So we just got on with it and we started working that way. One of the things I did pretty quickly was research other companies that were working remotely if this was going to be a thing we were going to keep doing, or whether it was just an early stage that we’d grow out of. I found some pretty interesting things. Not many people have heard of a company called Automatic, but Automatic is the company that owns wordpress.com and WordPress powers close to 20%, it might be 18 or 19%, of all of the websites on the planet. And there staff is maybe over 500 by now and they’re fully distributed, so they have no offices.

For us it was good because we could see there were companies out there that were way ahead of us on the growth curve that were making this work in scale. Because I think everybody’s first instinct is ‘that’s fun, you can do that for the start, but then you’ll need to grow out of it and get an office and move into it or you just can’t work’.

You’ll need an office with a bunch of meeting rooms named after New Zealand heroes or mountains you’ve climbed. You’ve built other rituals around that, haven’t you? I love the robes and the retreats.

The robes were something fun that sprang up organically as well. We went through a stage where we needed to work out if we could work remotely, if it was viable. That was pretty easy and it was a pretty simple answer. The tools we had to use in 2012 had come a long way. We used Hipchat at the time and now we use Slack and all the Google Cloud stuff is really powerful, we use Windows for hosting the platform. You can kind of be anywhere and use all those tools. It wasn’t a case of ‘can we work this way?’, it was easy to do. The question for us was was it a good idea and were we going to like working this way?

We went through a phase where we needed to ask that question and part of it was just embracing it fully. There’s quite a few companies out there that do have working-from-home policies or even remote companies, but they kind of try and hide that fact. We just went all in on it and started really celebrating that we worked from home and that included all the good things about it and all the things that aren’t so good. When we started doing that, some really interesting things happened. One of our first hires, Andrew, who runs our support team now, had this horrible habit of turning up to our video conferences in a robe. If he wasn’t wearing a robe, he was wearing one of those even worse tee shirts that had the robe printed on the front. So when he brought up his first year anniversary, we had a Timely robe made for him. And in his honour we started giving all the staff, on their first year anniversary, the robe. It became a symbol of the fact that we don’t hide this way of working and we embrace it. We go all in on it.

Probably the biggest thing that happened, which was really important, when we started doing that was how customers started connecting with us. For us, being customer centric is a really, really important part of our values. Our customers are our sun and we do everything that’s good for them. There’s a Japanaese style barbershop in New York called Kida Salon, and the owner gave us some feedback. He said ‘the best thing about working with you guys is that you’re not too businesslike, you’re more friendly. And when we work together I feel like I’m working with human beings and I can trust you.’

At that point we realised this culture we were building was actually a competitive advantage. It was a way for us to connect to these types of customers; people that run salons and day spas and those sorts of things tend to be pretty down-to-Earth. They don’t want to work with suits in a glass tower. They liked seeing that we had kids and liked climbing mountains and doing all these things that made us people. It’s actually turned into a big part of how the company’s growing as well, just really embracing it.