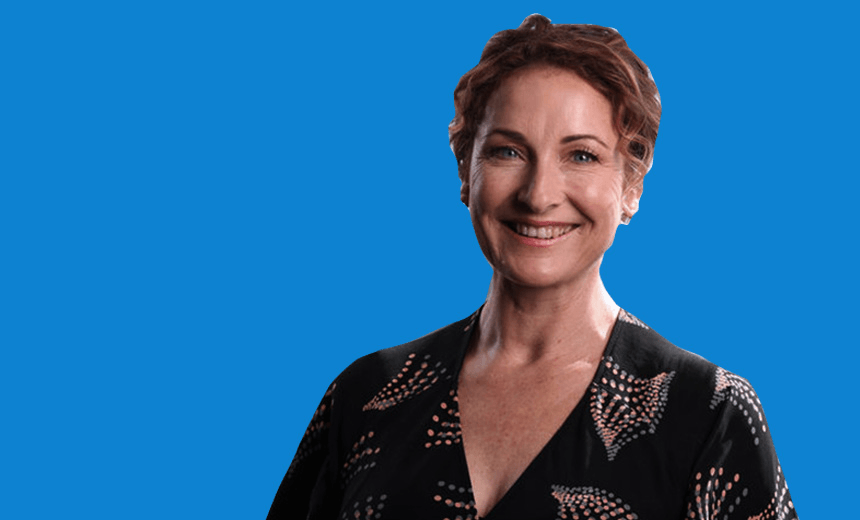 The news business as a platform: The new Fairfax CEO on Stuff, paywalls and podcasts

Big news this week, with Fairfax NZ, one of the largest and most influential media companies announcing a new name and CEO. Now known as Stuff – the once-contentious, now-ubiquitous name of its extraordinarily popular news site – the company is to be led by Sinead Boucher. The move was very well received from journalists, happy that a fellow journo and someone from the news side of the news business would be in charge.

Recently under Boucher, some of the most successful and exciting multi-media work has been coming from the Stuff stable – the smash hit Bain murders podcast Black Hands, and the new series The Valley – showing that quality and innovation are working. And Stuff, the website that ate the company, was built with Sinead as Digital editor. All great signs for the bigger business and the workers at Stuff in uncertain media times. To chat about the print business in declining print times, the news biz and her career, CEO Sinead Boucher joined the podcast.

If we look at the role you’re stepping into right now, it doesn’t look like the easiest role in the world to jump into. You’ve got the environment where the company was saying it needed to merge to be viable into the future, but the Commerce Commission denied that the merger could happen, and that’s still working its way through the courts. So are you stepping in to make the business run on its own, or to pursue the merger? What kind of a situation is that?

Well, even during the merger process it was never a done deal, so we’ve always been focused on our own strategy and our own plan. And in a merger situation, there are a lot of fundamental things that don’t change about what you need to do for the future. The merger appeal will be heard later this year – I don’t know how long that will take for a decision – but what we, ourselves and NZME, saw was that the merger would give us a more solid foundation to then be able to continue to make the transformation and the changes we need to. Particularly it would have offered support to those areas that are harder and harder to sustain in that changing media revenue environment, and that means really strong regional journalism and presence in a lot of regions.

There was a definite misconception that the merger was going to be about slashing and burning journalists when actually it was the opposite. It was about being able to forge a business that was strong enough at its roots that it could continue to support journalism at scale throughout New Zealand. So we do think the Commerce Commission made the wrong call, we understood that they were trying to do that for the right reasons but I believe they fundamentally misunderstood how independent journalists and editors are. That it actually doesn’t matter a whit to them who owns the company or who runs it, because they operate as independent forces.

It seems to be a very difficult environment where the biggest players driving the change are not subject to the Commerce Commission. Your Googles and your Facebooks and the places that are where people consume their media even if they don’t want to call themselves media companies – those are the big elephant in the room in that decision.

Absolutely. That was one of the frustrations, that the Commission basically discounted the impact that they had. They might have acknowledged there was an impact on the advertising market but they didn’t see that then had a direct impact on the journalism and the function of journalism and how strong it could be, and therefore the impact on wider society. So we are hopeful about the appeal, we’re arguing on points of law, but we’ll see what will happen there. In the meantime we absolutely have to just get stuck in and make sure we do whatever we can to build that sustainable business for the future.

And that’s where the question pops in about things like paywalls I guess, where some businesses – locally the National Business Review; internationally the Financial Times – have had great success in using paywalls for high-quality information you can’t get anywhere else. Bloomberg, one of the world’s biggest media companies, is the same. Is that part of the mix for some of your content?

It’s not really a core part of our strategy, in that those companies you’ve just named are all financial news – most of the revenue from those comes from corporates buying subscriptions rather than individual people wanting to pay for news that’s individually relevant to them. Look, all power to the NBR and to others in our country who are making choices about how they are going to fund journalism in their model for the future. But for us when we look at living in a country with a population of only 4.8 million people, and you start to extrapolate back from that – you might have a mass audience in a small country, how many of those people would subscribe and what would those payments add up to?

On average around the world, it sort of sits at around 2% of your monthly users are prepared to pay to subscribe, even for something like the New York Times. So those numbers just don’t stack up for us against what we could do to use the power of our mass audience around advertising, around showing new businesses and services like fibre and using those revenues to come back in to fund content rather than making a direct payment.

But like everybody, we watch every development with interest and are right behind and championing the decisions that others are making to experiment and try and make a good business. The other role that Stuff plays that’s different I think to a lot of other media businesses is that we’re also a platform, so we’re not just a publisher we’re a platform for other peoples content. You know, TVNZ, Māori Television, Newsroom – a lot of others use us now as a  way for them to reach their audience or to amplify the reach of their journalism. And we’re really proud of that position, but also it puts us in a different mindset about what we could do and what that means for our future model as well.

The last 10 or 15 years have been fascinating and seen so much change that you’ve been right at the front of. The next 15 years with the big media companies using content to bundle, questions of net neutrality, questions of duplication of services – it’s a fascinating time to be owning a fibre company. Is that part of the ISP equation, that you are able to bundle all of these services into a subscription model?

Possibly one day, absolutely, but we’re still in that process of building up what our new digital businesses and services might be. And that will be a big part of the next several years. I look ahead to the next three or four years and I think they are going to bring even more profound change and transformation for all of us than the last ten years. We’ve been through this wave of digital disruption and now we’re facing that next, bigger wave, I think, of digital disruption around things like AI, what that will do not just to our industry but the way society works, to jobs.

So the headwinds are by no means behind us, or even close. I think one thing we’ve got really good at doing is adapting to change and realising there is no point handwringing and looking back on the good old days and the rivers of gold of classifieds. You just have to be firmly focused on what’s ahead and make sure you’re reading the signals and seeing what are going to be the big things around change and disruption coming at us in the future.