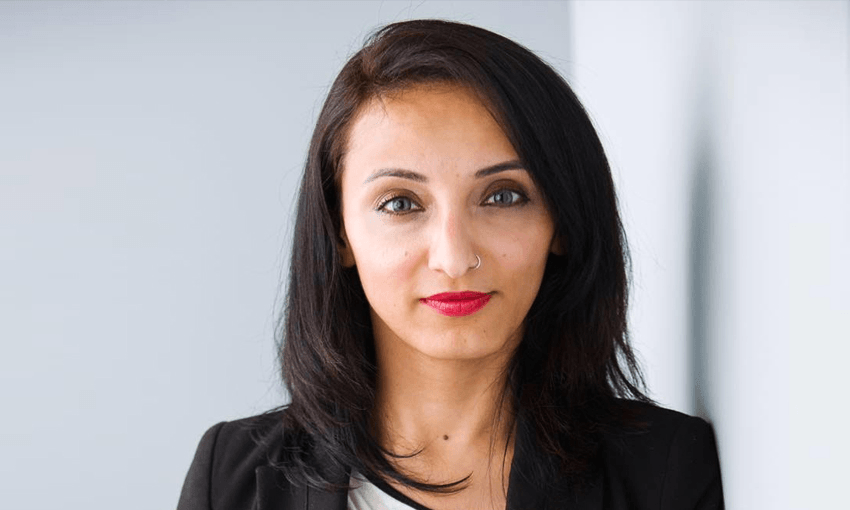 First grief, then change; Tayyaba Khan on what New Zealand does now

For Auckland is a new Spinoff podcast of civic conversations with people working to create and sustain a better Auckland for all. In episode one host Timothy Giles spoke to Tayyaba Khan about the effect of the tragedy in Christchurch on the Muslim community, grief, identity, and what happens next.

In a period of shock and grief from the terror attacks in Christchurch, For Auckland had a special opportunity to speak to Tayyaba Khan about what it means for New Zealand. She is the founder of the Khadija Leadership Network, an organisation supporting women leaders in the Muslim community, she is a woman of faith and is a Kiwi leader with international experience in culture and community. She’s worked with the Red Cross and was the CEO the change makers Refugee Forum.

On the podcast she speaks about the way the Christchurch attacks have changed New Zealand forever, how this happened on our shores, and how now is the time to start accepting our differences and be comfortable with being uncomfortable.

“We are New Zealanders living in silos, we cannot deny that anymore. I am so frustrated with our use of the word ‘diversity’ everywhere when we haven’t truly accepted diversity in its purest of forms. It is not reflective in our organisations. It is not reflective of our leadership. So actually using it as a marketing stunt is doing nobody any good,” she says.

“And what you can do is actually get to know your neighbour, [regardless of] whatever discomfort has been in the way for you not to reach out. Now is the time to go: ‘I’m gonna get over myself. I’m going to go over, I’m going to say hello and that’s all I need to do’. And actually, even if I don’t need to say hello I can sit with them in silence and be okay with that. I think it’s important we start really connecting with each other and if we can do that, that’s a good starting point for us.”

Listen to episode one of For Auckland on the player below, subscribe on iTunes, download this episode (right click and save) or read on for a transcribed excerpt. For Auckland is brought to you by the Committee for Auckland and produced by The Spinoff.

Timothy Giles: Tayyaba Khan, As-Salaam-Alaikum, kia ora, and thank you, in what is an incredibly busy and demanding time for you, for coming in to spend time with us. I want to begin by asking you how has Christchurch impacted you?

Tayyaba Khan: Well I think there are varying layers of impact. But I think I can speak for all when I say it’s just been so destructive. Really it’s changed New Zealanders forever. It’s brought us to a point where we really are questioning how this was possible right here on our shores. For me personally, it’s brought to the forefront so many things but most significantly it’s brought to the forefront the failure of, you know, my civic participation particularly post 9/11.

It was the failure of your civic participation? How? I mean you couldn’t be more involved in the community how is it your failure?

I think for me. Leadership means doing things for others that make an impact for others, you know. And I’m questioning whether everything I’ve done has actually made an impact for the Muslim community and I know that’s really difficult to acknowledge publicly but that is where I am. That is where a few of us are where we know we’ve gone out there, we’ve reached out across communities, we’ve talked about the faith, we’ve talked about the people, we’ve talked about normalising people’s differences, how they might look, and it’s okay to wear what you want, to do what you want and then this happened here. And as someone who’s lived and worked overseas you know being a proud New Zealander has been a huge part of my identity and one of the things I’ve constantly said when I’m overseas, which is you know the stuff that happens in Australia and the UK and the US that’s never going to happen here. That is not New Zealand.

So, so yeah, I feel like what I chose to do I’m questioning and maybe a lot of that is about my grieving process. You know, I continue to be really active I continue to want to do. But it’s really made me question how I need to do it.

So can we break that down for just a moment? I am interested in your vision and what it is that your leadership which is actually being of service to the Muslim community but…

To all communities. Yes, the Muslim community is one, but I’m very much about inclusiveness and I would love to talk about where that’s come from. You know it’s all about my own ancestry the displacement of my grandparents between the India Pakistan partition how my parents have raised me, you know. In the 90s, when we moved here and they would have experienced immense matter racism but they never ever shared that with us. You know, my father has voices always in my mind as I go through this time every single day where he talked about it’s so important for you to learn to be a part and parcel of this country to be fair to everyone to be inclusive of everyone to learn about others that is how you will fully be a New Zealander.

What I’m hearing as you’re talking is the conversation between “Yes I’m Muslim and I’m Kiwi and I’m actually Kiwi as,” I mean, so where are you at when you went away overseas? And I think for many New Zealanders that is the experience. They go overseas and then go “Oh shit actually,” right? And they get their identity as soon as New Zealanders.

Yeah. Yeah. I think. And it’s such an important process for us to go through it right. Because this whole thing has raised the conversation around our national identity, what is our national identity? Where do people sit in that identity? And I feel like I found mine when I went overseas. I was able to explore and express what was uniquely different about being a New Zealander when I was somewhere else. And if that’s what it takes well I would encourage others to do that. That’s where I learnt that actually, you know there are some unique things about us that we just don’t even talk about or reflect on whilst living in New Zealand. And it’s so important especially for our younger generation that we start doing that for them. That we start talking about what our collective national identity is. What we can be proud of and what we kind of really need to address immediately.

Identity and culture are created, defined, communicated, experienced by behaviour, by ritual, so it’s interesting to me the response that, you know, I went up the road to my local mosque right and had some conversations out there and I’ve been there most and I think the great majority, you know, what hundreds of thousands of New Zealanders have done that right, and then right across this city. It interests me then that there is. Who are we as New Zealanders? Right? And we are much more than the mainstream conversation is. I mean, you know, what Mike Hosking says is not okay. That level of ignorance. Right? But whereas what interests me is that you make conversation.  I heard you saying “Will you please be supportive of Sikh New Zealanders?” What?

Yeah. Well. So like I said, post 9/11, the Sikh community overseas experienced a lot of discrimination. They were getting confused for, you know, Muslims, and we know that we now have extensive research around the impact of what 9/11 did to various different communities. And so I immediately went back to that experience. I immediately went actually we’re under threat. So are they, you know. The effect of a fair few people who wear visible religious symbols would be, you know, unsafe right now because the ignorant doesn’t know the difference, the ignorant doesn’t know about your grieving self.

You’re the people who are actually right most devastated and most victimized and most obscenely assaulted by this experience and yet you’re saying let’s look out for these guys right.