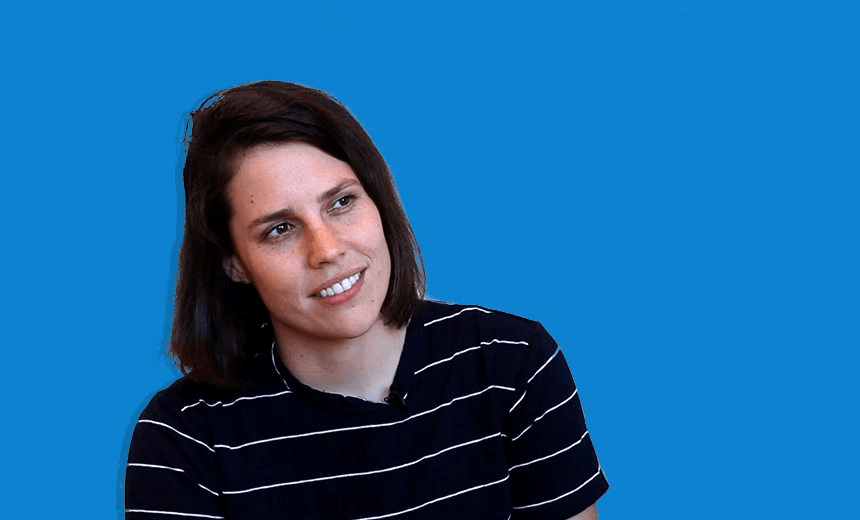 We’re in Melbourne for a international edition of Business Is Boring where we’re meeting an international success story. New Zealander Anna Ross has come over to Melbourne and set up Kester Black, a ethical, made with good stuff nail polish label that came about after she emigrated and initially set up a jewelry line.

She’s here to talk about those changes, what goes into the business and also her recent award where she won the Telstra Victorian Young Business Woman of the Year, which is a huge thing here.

I’d like to talk about something that’s really cool that you do, that’s different from the retail where people start and they’re small and they make a business to try and sell to retail stores. They end up running a bank for much better funded, bigger people because no one pays people on time and it’s a disaster. You turned that model on it’s head, didn’t you?

Being a small business, who’s got the time to run around chasing debts from everybody? Not me. I just thought, since it’s a usable product – you wouldn’t buy toilet paper and then pay for it later after you’ve used it – I thought we should have some rules about this because we’ve been stung before by some really big giants. We were stocking at a store and they went bankrupt but bought out by somebody else, so got cleared of all their debt, and continued to run. I’m just so against that, I think that’s theft because of my morals and where I come from.

We just make everybody pay up front. It is a non-negotiable, nobody has an account. Everybody pays their bills up front. We can see the people that are going to be problems in the first place and we cut them off before we even begin. It’s really awesome. Then we have cash flow, we can do everything that we planned to, I can forecast everything forward not relying on people who say they’re going to pay you but can’t or don’t want to or didn’t feel like it this month.

We pay like that as customers so I don’t know why businesses run any differently. If everyone can get into this model where everybody pays first, I think that’s awesome. There was a big case here where there was a big company called Bettina Liano, they’re an Australian fashion label. Everybody in Australia runs on a credit system and everybody had so much credit with Bettina Liano. Bettina Liano just owed everybody so much money that when they folded…they put about 30 businesses out of business when they folded because they were so big. And that really affected everybody else in the fashion industry and I just thought, I can’t take on that risk. I couldn’t sleep at night knowing all these people owed me money. I take it as a personal vendetta when people owe me money. So just to cut out the nasty relationship thing of chasing up money, we make everybody pay up front.

Has that changed your growth at all? Because you’re in 300+ locations now. What about when you deal with an Anthropologie?

They pay up front for sure [laughs]. We haven’t actually approached any of our big retailers, they’ve all come to us and then we can negotiate. No, it hasn’t affected our growth. People just expect it because it’s a consumable product. The second the lid’s open we can’t have it back. If we have it back from somebody we chuck it out, which is really shit and totally goes against our ethical production standard. So we pretty much just don’t accept returns unless something’s faulty but it rarely ever is. I think it’s the way forward for businesses, especially small businesses in this economy.