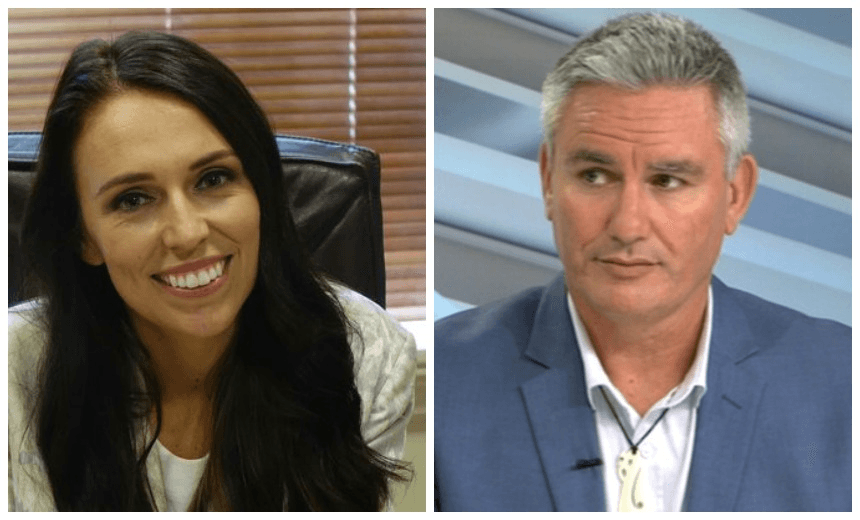 Jacinda Ardern and Kelvin Davis: why this is terrible for Labour, and why it is brilliant

Following Andrew Little’s resignation, Jacinda Ardern has been unanimously elected as Labour leader, with Kelvin Davis as her deputy. Here’s a quick survey of the pros and cons.

At her first press conference as leader of the Labour Party, Jacinda Ardern has promised to run “the campaign of our lives”. She and new deputy Kelvin Davis, who were unanimously elected by caucus, certainly have a hill to climb. In the spirit of uncertainty and hyperbole, here are some reasons this upheaval could be brilliant, and some reasons it could be terrible.

The new Labour leadership is brilliant because what’s to lose? With the party appearing to atrophy, registering 23%, 24% and 25% in the last three published polls, it became hard to see what alternative they had.

The new Labour leadership is terrible because they look hapless, hopeless and desperate – can a party that changes leader 53 days out from an election be taken even slightly seriously?

It is brilliant because in her first press conference as leader, Ardern (and Davis) radiated a brightness that has been absent under Little. Their debut appearance could hardly have gone better: Ardern was firm, unflappable, and – critically – funny.

It is terrible because it merely papers over the cracks, and they will get pilloried for collective inexperience.

It is brilliant because as soon as Little proffered that he’d been talking to colleagues about resigning, questions around the leadership would have bedevilled every remaining day of the campaign, hounds circling. This is the circuit breaker.

It is terrible because Labour will continue to be bedevilled with questions around leadership and unity. As MP Stuart Nash put it just yesterday, “If we did change the leadership, we would absolutely implode – it would be a disaster.”

It is brilliant because Jacinda Ardern is Labour’s greatest hope, a potential breath of fresh air, a vital contrast with the grey familiarity of prime minister Bill English.

It is terrible because Jacinda Ardern is Labour’s greatest hope – if she fizzles now, having been rushed into the job in crisis mode, before the time is right, that could be the end of that.

It is brilliant because Ardern by all accounts is not wildly ambitious, and therefore carries with her the aura of someone having greatness thrust upon them.

It’s terrible because they have to face the embarrassment of swapping out all the billboards with Andrew Little’s face on them, the act of which will no doubt be eagerly filmed for television.

It’s brilliant because they have to swap out the billboards and it gives them an opportunity to at the same time scrap the anodyne dullness of “A fresh approach” in favour of something like, say, “Fighting for all New Zealanders”.

It’s brilliant because it gains Labour the attention they’ve been starved of, and a leadership challenge they’re not accustomed to.

It’s terrible because a lot of that attention will be unwelcome.

It’s terrible because many will find it hard to see Winston Peters supporting a newbie leader as PM, adding to speculation any centre-left longshot coalition would have him as boss.

It’s terrible because Ardern has sometimes come across as lacking substance.

It’s brilliant because she came across as having considerable substance in her recent longform interview on The Nation.

It’s brilliant because Kelvin Davis has been one of the few discernibly effective opposition MPs.

It’s terrible because talk about Davis’s ambitions for the top job is bound to start almost immediately.

It’s brilliant because Davis’s appointment is unmistakable evidence that Māori play a senior role in Labour leadership, boosting their prospects in the critical Māori seats.

It’s brilliant because New Zealand wants a prime minister who knows how to install a toilet.

It’s terrible because New Zealand wants a prime minister who knows when you’re not allowed to install a toilet.