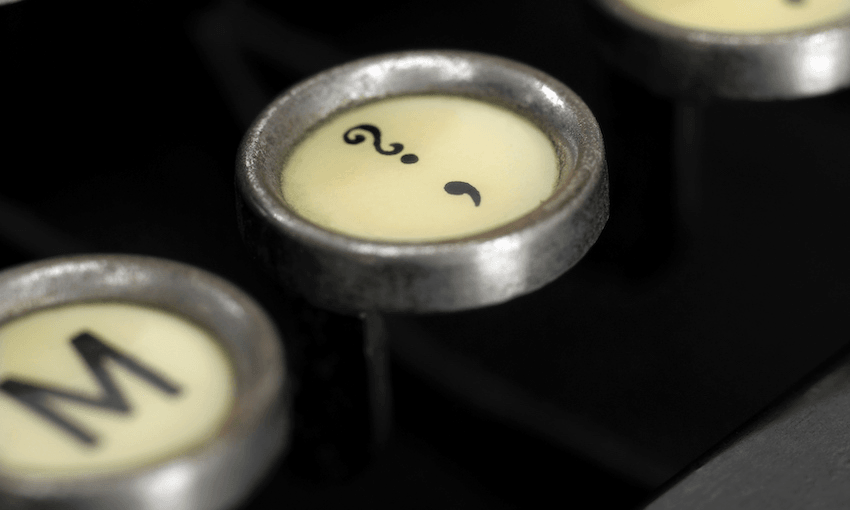 Summer reissue: When the government decided to move Auckland down to alert level three, Hayden Donnell was compelled to rise to the challenge that faced him, a human with a byline, and issue an opinion on elimination, lockdowns, and whether it’s possible to contain a delta outbreak.

It’s official. The government has or hasn’t scrapped its elimination strategy. In deciding to move Auckland from alert level four to alert level three at 11.59pm tonight, its impossible or possible goal of eliminating a delta outbreak has been abandoned or retained.

Ignore the spin. The fact is this: I have no idea what I’m talking about. Barry Soper says elimination is over. So does Heather du Plessis-Allan. Michael Baker says it’s still possible, though more difficult.

I ate instant coffee straight from the bag at 2am in order to get my essays in on time for my communications degree. I am simply unqualified to make a call on this matter.

We’ve heard a lot of talk from the podium this lockdown about whether we can clamp down on Auckland’s remaining mystery cases of Covid-19 if we move down from alert level four. Yesterday, Ashley Bloomfield said his advice to the government was that eliminating Covid is still possible at level three. But it boils down to this: the decision to move Auckland down an alert level is purely political. Either that or it is a carefully considered response to official epidemiological advice. From now on we’re going to have to get used to Covid circulating in the community, or we should prepare for a return of zero Covid days. One thing’s for sure: I barely know what a “gene” is, and am flailing drastically out of my depth on this topic.

As for level four lockdown, it has or hasn’t been working. Jacinda Ardern said the government’s modelling showed that if lockdown had been a week later, we’d have 5,000 Covid cases by now, suggesting tough, early restrictions saved lives. That’s convenient, or just an accurate reflection of reality. I wouldn’t be able to make a confident call, as I’ve forgotten how to do long multiplication.

At this point, I’d like to devote 300 words to an anecdote from my personal life which supports my argument. On one hand, I saw two maskless groups talking within two metres of each other while I was out for a walk. On the other, I know someone who is missing an important event in order to stick to lockdown rules. Don’t be fooled, though: none of these experiences have any real statistical value, and extrapolating any wider meaning from them would be completely worthless.

Let me be clear: the government’s decision yesterday reflects the reality that lockdown was effective or wasn’t effective. Now we’re set for two weeks at level three. If we can’t get rid of Covid in that time, it will show our elimination strategy is no longer viable. Or it won’t. The truth is that I didn’t know what an “R number” was a year ago, and all of us would be better off if I stopped writing this opinion piece and ceded the floor to people who know what they’re talking about.