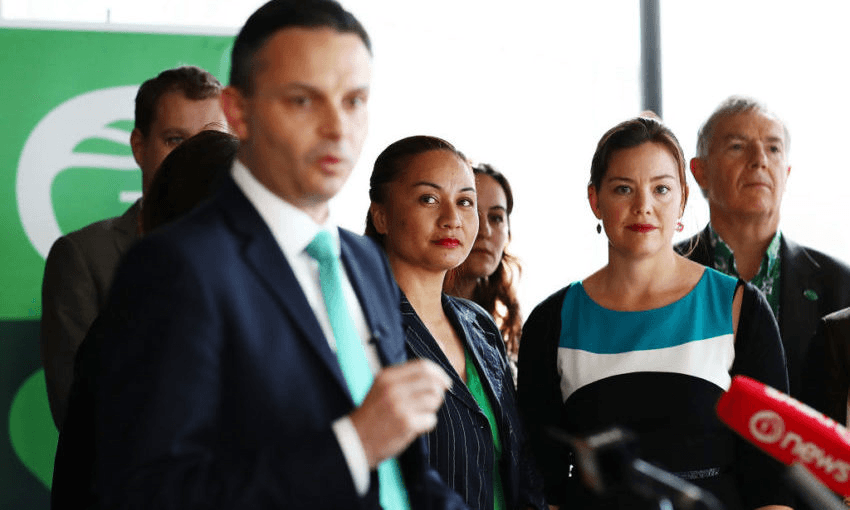 In a pointed op-ed for The Spinoff this morning, the Green Party’s transport spokesperson, Julie Anne Genter, voices dissatisfaction with the ‘NZ Upgrade’, calling the motorway focus ‘nowhere near what we need’.

The first details of the huge $12 billion infrastructure spend-up came on Wednesday morning, ahead of the all-star announcement in Auckland. Some $200 million would go into a fund to decarbonise the public sector by, for example, replacing boilers in schools and hospitals, according to the tidbit fed to media.

If that was an early tonic for the Greens, things quickly went sour. The $8 billion outlay unveiled later that day was a tarmac wet dream, with roads screeching in at around $5.3 billion. It amounted to a “massive defeat” for the Greens, said Henry Cooke at Stuff. Former Green MP Sue Bradford called it “a slap in the face for the Greens in terms of priorities”.

School Strike 4 Climate Auckland declared itself “horrified” by a “terrible plan”. Writing for the Spinoff, representatives of Generation Zero condemned “a major failure by the government to follow through on the Zero Carbon Act”.

Greens co-leader James Shaw defended the programme. Of course the Greens would have weighted priorities differently, but he was “delighted” with allocations to rail, Skypath and the decarbonisation fund.

Now, in what appears to be an acknowledgement of criticisms and signals a shift in rhetoric, Julie Anne Genter has sharply criticised the road focus of the plan, calling it “nowhere near what we need”.

In an op-ed for The Spinoff, Genter – who is also associate minister for transport and was noticeably absent from the announcement on Wednesday – cites the Generation Zero Objections, writing: “They were very disappointed at some of the incredibly expensive motorway projects that make up the lion’s share of the transport spend in the NZ Upgrade. They are absolutely right. It is nowhere near where what we need.”

A climate-crisis-focused youth organisation, Generation Zero were early architects of the Zero Carbon Bill, the Green Party’s most impressive achievement as part of the government.

The Greens’ criticisms come as the two smaller parties in government seek to carve out their own identities in the leadup to the September 19 election.

New Zealand First, which unlike the Greens is in a formal coalition with the Labour Party, has been more conspicuous over the last two years in asserting its muscle, delighting in its ability to break ranks and scupper, for example, reform of the three-strikes rule and a putative capital gains tax.

In election year, the Green Party’s politeness as a confidence-and-supply partner will be tested. And not just on the question of the follow-through from the Zero Carbon Act. The recommendations of the Welfare Expert Advisory Group sit mostly untroubled in the filing cabinet.

Paradoxically, the Greens’ meagre achievements in the “NZ Upgrade” plans could work yet in the party’s favour, if they can pick up voters disillusioned by Jacinda Ardern’s pledge that climate change was the nuclear-free challenge of her generation.

In a foretaste of the Greens’ likely campaign message, Genter writes: “To do more, to go further and faster, we will need more power in the next governing arrangement.”