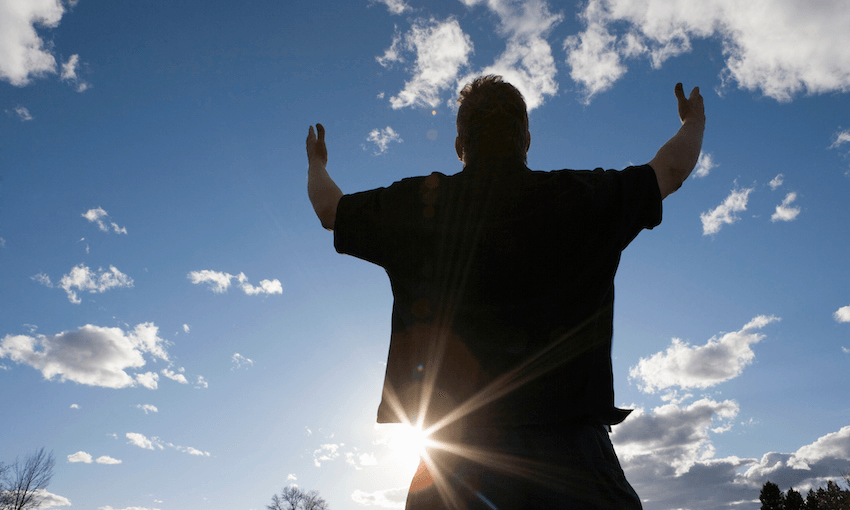 Don’t listen to the extremists. Gene editing could be an environmental miracle for NZ

Scientists say that gene editing is the same as selective breeding, and could make a big difference in combating our environmental challenges. But the government refuses to listen, argues Opportunities Party leader Geoff Simmons.

We are facing some enormous environmental challenges over the coming decades, in particular climate change, waste, and water quality. Meanwhile, we are also fighting off invasive predators, kauri dieback, and myrtle rust. Should we address these challenges by retreating into the past, or by innovating?

On Monday, The Opportunities Party suggested following Australia’s lead and allowing gene editing where no new genetic material is added. The outcome of this technique is identical to selective breeding and could help solve many of the environmental challenges listed above.

GE Free NZ responded hysterically, claiming that this would open up the “Wild West” of gene editing. In contrast, Nature magazine has dubbed this approach the “middle ground”.

The President of GE Free NZ is a homeopath. By the time she has diluted solutions to our environmental problems, our taonga will be gone and we’ll be overrun by pests.

The question is: if hard core environmentalists don’t want to use technology to solve our environmental problems, what is their vision of the future?

Some of the online debate about our predicament seems to conclude that the only solution is to end capitalism. Apparently, “there is no alternative”. Heard that one before?

Ironically, one problem with this argument is that there really is no alternative! No one has come up with a better system. Much like democracy, capitalism is the worst way of running a society, except for all the others. We’ve tried communism and that turned out to be worse for both the economy and the environment.

The alternative pushed by GE Free NZ is a return to regenerative organic agriculture. This echoes other calls to abandon capitalism by returning to small-scale, regenerative, peasant-style farming. Presumably this would take the form of an anarcho-syndicalist commune, à la Monty Python and the Holy Grail.

Don’t get me wrong, if you are into regenerative organic agriculture (or homeopathy), more power to you. It is certainly one of the ways forward. But as a nation, it is risky to put all our eggs in that one basket. Remember, there will be 10 billion people to feed by 2050 and if we can’t keep up, war will be inevitable.

To get people to change the way they live, we have to offer hope of a brighter future than that. An environmentally friendly country could actually be quite cool. If we had cheap renewable energy, technology could do most of the work for us – including farming. Humans could, and should, work less. We could live in well-designed cities that maximise our quality of life and the fantastic nature that surrounds us.

So let’s stop talking about ending capitalism and start talking about how we can fix it. If you really want to be “anti” something, how about ending neo-liberalism? Most of the problems with capitalism can be fixed – with some real leadership. That includes inequality, housing, and our environment.

But we won’t get there by looking solely to the past. We have to innovate to meet the challenges ahead. Sure, we should retain some past solutions that have proven effective, such as regenerative agriculture, but we must also be open to what the future could bring.

The debate on gene editing is a good example of this. Since 2001, the use of any genetic technology has essentially been off the table. But a lot has changed since then. Old-school genetic modification took genetic material from one organism and put it in another. Gene editing, on the other hand, is far more precise and involves switching “on” or “off” specific genes in a single organism’s DNA. It has more in common with selective breeding, which we have been doing for thousands of years.

Despite Australia’s move to allow gene editing, the chances of the current government following suit are minimal. The Green Party has been dodging the issue entirely, presumably because some in their hard core base are looking forward to a future of peasant agriculture. It’s almost a mercy they’ve been so unsuccessful at getting their policy over the line.

What is really disappointing is that even Labour doesn’t seem willing to listen to scientists on this issue. The scientists are saying that this technology has now been around for six years, it is the same as selective breeding, and could make a big difference in combating our environmental challenges.

Gene editing is one of the most promising ways of achieving a predator-free New Zealand, so we can stop using poisons like 1080. It could also potentially be used to combat kauri dieback or myrtle rust (which attacks manuka), develop new apple or kiwifruit varieties more quickly and prevent wilding pines.

It could even reduce agricultural emissions or nitrate leaching, which would go a long way in addressing climate change and our water quality problems.

Technology will not magically solve all our problems, but its careful application will certainly help. Real leadership means understanding the science, instead of burying our heads in the sand. It also means encouraging scientists and businesses to innovate and be part of the solution.