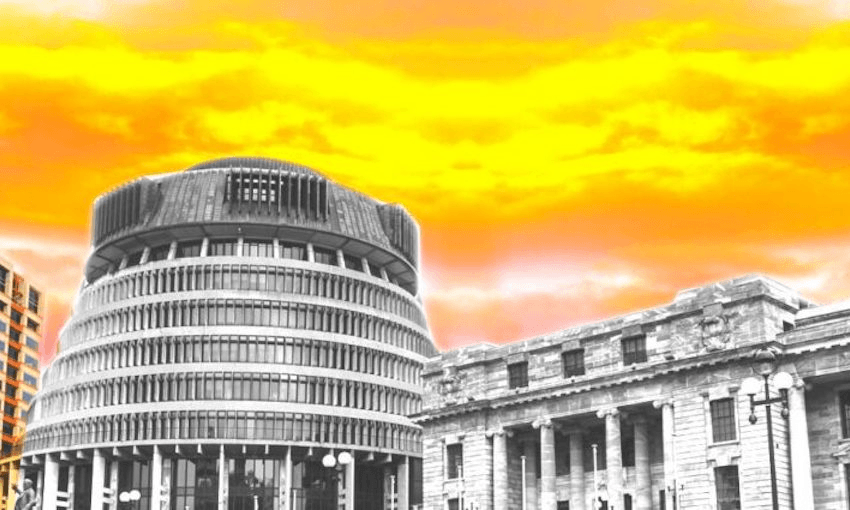 Chris Finlayson has mooted a maximum 15-year service for a member of parliament.

A 15-year limit would mean turfing out a heap of MPs. But there are also downsides

Chris Finlayson has mooted a maximum 15-year service for a member of parliament.
Opinion

The risk of MPs’ institutionalised maladaptation is certainly extreme, but Chris Finlayson’s proposed ban on more than 15 consecutive years in parliament is not the answer, writes Andrew Geddis.

Given their somewhat, shall we say, fractious relationship, it is tempting to see Chris Finlayson’s enthusiastic embrace of 15-year term limits for members of parliament as a not-so-sublimated wish that Nick Smith’s time as an elected representative was forcibly ended back in 2005. However, there’s perhaps a more serious point to his call.

Time spent in any institution changes a person, often for the worse. Pity the enervated spirit that batters on in a role for more than 20 years while the inevitable ravages of age slowly deplete their vitality, familiarity sinking them into rote cyclical habits, a desperate clinging to the familiar making them prone to cynically dismiss anything new … oh, wait, are we still talking about MPs here? Forgive me – I think I may have been distracted by a mirror.

Getting back on track, the risk of MPs’ institutionalised maladaptation is extreme. Parliament is a place like no other. It plays by its own rules that don’t really mirror those found anywhere else in society. It’s the one workplace that deliberately sets itself up in teams that are not just competing with, but actively set out to destroy, the other teams. Where you can actually shout at someone during a discussion over what should be done about a problem and have your colleagues pat you on the back for doing so. Those that aren’t trying to stick a knife in it, that is.

Furthermore, to be an MP is a mix of the sublime and the ridiculous. One day you are debating and voting late into the night on whether to allow terminally ill people to end their own lives. The next you’re sleep-deprived in the Koru Lounge getting your ear chewed off over how bloody Wellington never gets anything right. And if you ever become a minister, things must become even worse. Having entire departments devoted to trying to work out what is going to make you happy would do something to the ego of even the most grounded among us. And, let’s face it, you must already have a reasonably healthy sense of self to put yourself forward for election in the first place.

So, maybe Chris Finlayson is right that 15 years deeply enmeshed in this sort of environment really is as much as anyone should have – at least, without then having to step away for a few years to get their heads cleared out. I’d be happy for political parties to adopt this as a kind of rule-of-thumb, where their MPs are by convention expected to bow out once that period expires unless they can mount a really convincing case for why they ought to be allowed to stay on.

However, what might turning such a general convention into a hard “15-years-and-you’re-done-son” rule mean in practice? Well, for one thing, adopting it right now would require saying goodbye at the next election to any MPs elected in 2008 or earlier. That’s Simon Bridges, Melissa Lee, Michael Woodhouse and Judith Collins all gone from the House.

Oh, and Nanaia Mahuta. And David Parker. And Chris Hipkins. And Grant Robertson. And Jacinda Ardern.

I’m not sure that each and every one of those folk will be quite past their best-by date come 2023, buggered though they must be from the last year or two of Covid-fighting. And so, a hard rule that says that they must be deemed to be such seems just a little bit too hard line to me.

Furthermore, as the very data-driven Michael Appleton has pointed out on the twitter machine, our modern political history would look very different had Chris Finlayson’s rule been in place during it. New Zealand prime ministers who had been MPs for more than 15 years before taking the top job include: Michael Savage; Peter Fraser; Keith Holyoake; Walter Nash; Jack Marshall; Norman Kirk; Robert Muldoon; Jim Bolger; Helen Clark; and Bill English. That’s quite a roll-call of leadership talent to have cast to the kerb.

Labour & National Prime Ministers who were MPs for longer than 15 years prior to becoming PM:

So, most of them! https://t.co/qgiuXO0Fzx

Now, I know that there’s a fairly obvious rebuttal to all this. A political system with 15-year term limits in place might very well work differently to one without them. MPs would be able to advance more quickly, get their work done, then move on with their lives while new talent emerges to take their place. So, we’d still get the most out of those with something to give, without having them hang around long after they’d become weirdly twisted by their environmental experiences.

Except, maybe not. The resignation of Nick Smith leaves only six sitting MPs that currently have served more than the putative 15-year maximum. I’d also wager not every one of these six will be putting themselves forward for re-election in 2023. And at that election, only another 10 MPs will have reached the 15-year point in their careers. So, it’s not as if parliament is totally overwhelmed with entrenched time-servers that are embracing the twilight while burning out the limelight.

Furthermore, the cyclical nature of New Zealand politics means that even 15 years in parliament might only see you reaching the start of your effective political career. Imagine yourself a Labour or Green MP first elected in 2017. Unless you’re a unicorn like Kiri Allan or Ayesha Verrall, you’re looking at a minimum of six years on the government backbenches. There’s then the distinct possibility of a change in government, meaning you’ll spend at least six years in opposition (because New Zealand doesn’t do one-term governments). Meaning that your realistic first chance of ministerial power, or maybe even prime ministerial office, is at least 12 years away. If there’s an effective 15-year limit on your parliamentary career in place, you’ll have just the one term to do everything that you entered politics to achieve.

As such, any proposal for hard-and-fast time limit on an MPs career reminds me of Victor Hugo’s description of Inspector Etienne Javert — it embodies a good sentiment, comparatively; but renders that sentiment almost bad, by dint of exaggerating it. Or, to put it another way, should we really have to throw out the Jacinda Ardern with the Nick Smith?