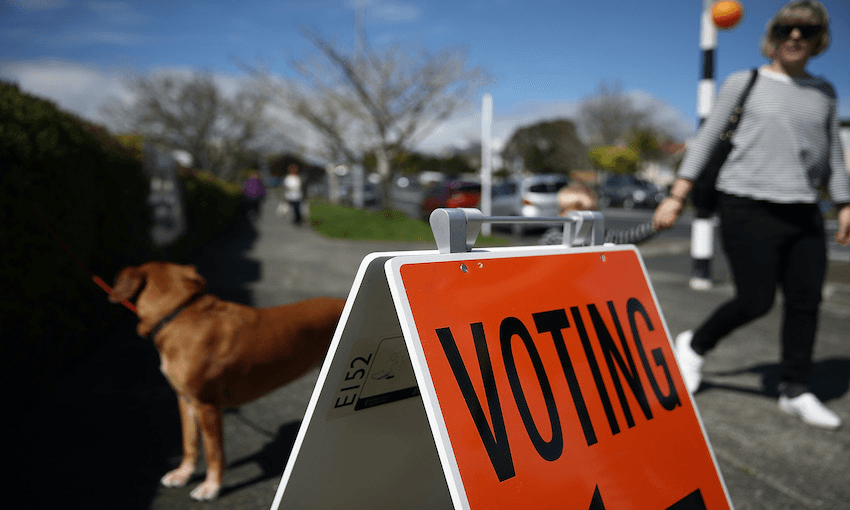 Consensus-based NZ electoral reform is a lovely idea. And it’s mostly a myth

By Joshua Ferrer
Guest writer
Made possible by

Extending the franchise to prisoners is the latest in a series of contentious electoral reforms enacted by this government, but history suggests the ‘convention’ for consensual election reform is more imagined than real.

The Electoral (Registration of Sentenced Prisoners) Amendment Act, passed last week and corrected this week, extends the franchise to prisoners with sentence terms of less than three years. In terms of content, this bill is a long overdue step in the right direction to bring New Zealand in line with the Treaty of Waitangi and to strengthen basic human rights. At a time when voter turnout has declined and political engagement has waned, this enactment will help push the needle towards democratic revitalisation and full participation.

In terms of consensus, however, this legislation is the latest in a series of contentious electoral reforms enacted by the ruling Labour government. In March, the Electoral Amendment Act 2020 was enacted over significant party-line acrimony. The government introduced and passed increased restrictions on foreign political donations over a 48-hour period this past December. And in 2018, Labour fulfilled its coalition pledge with New Zealand First to reintroduce a highly controversial ban on party hopping.

During debate of that bill – the Electoral (Integrity) Amendment Act – National MP Chris Bishop declared the legislation to be unconstitutional because it broke a “convention” of bipartisan support for election laws, while Nick Smith declared there to be a “general consensus” that parliament makes electoral law changes only with “broad parliamentary support”. Smith brought up that convention again last Wednesday, citing Labour’s lack of bipartisan outreach as one of the main reasons for National’s opposition.

The problem: this “convention” for consensual election reform seems more imagined than real. I have spent the past year at the University of Otago studying every reform to New Zealand’s democratic rules of the game since 1970. I have also interviewed over two-dozen politicians, election officials and academic experts on New Zealand election law.

My research has revealed partisan election reforms to be common practice. Politicians have enacted 66 election reforms over the past 50 years. Of these, 19 were passed with only government support. Twenty-nine election reforms involved significant amounts of contention, while only 12 substantive changes to the rules of the game were free of partisan intrigue. Among the important changes these controversial laws made were increasing or decreasing the number of Māori electorates, changing the form of the ballot paper, altering the registration period, disqualifying prisoners from voting, creating a constitutional right to vote, banning party hopping, counting the party vote of electors who vote in the wrong district, and instituting a new regime of campaign finance law.

MPs wield great power in their hands when they set their sights on electoral law. Election reforms can affect voter turnout and alter electoral outcomes. Partisan manipulation of election laws has been shown to erode public faith in the democratic process, faith that is required for the system to have legitimacy in the first place.

National governments are not completely free of blame. They are responsible for passing 13 election changes that engendered moderate or significant partisan disagreement. More worrisome are the five laws National has passed that have increased barriers to the ballot box or otherwise diminished electoral participation (Labour has passed two). National passed the highly divisive blanket ban on prisoner voting that made the present legislation necessary. The party has also cut short the voter registration period multiple times, lengthened the electorate residency requirement, and reduced the number of Māori electorates. Some of these bills are hard to distinguish from American voter suppression laws, a comparison that should give the politicians pursuing them some pause.

Additionally, the National Party has hid behind the supposed need for “consensus” to avoid considering election reforms that they view as electorally harmful. Such was the case with recommendations from the Electoral Commission’s review of MMP, which was itself mandated by the outcome of the 2011 electoral system referendum pushed by National. As a result, we are still stuck with a high electoral threshold that shuts out minor parties and a coat-tails provision rigged to give Act extra list seats.

Even when MPs consider election changes with good intentions, it is very difficult to achieve cross-party support on legislation that might be perceived as having a partisan electoral effect. Take the just-passed prisoner voting bill as an example. As Chlöe Swarbrick pointed out, this legislation will enfranchise about 1,900 people in a country with 3.7 million currently registered voters—0.05% of the population. It is madness to see that infinitesimal change and accuse Labour of screwing the scrum with this bill, as several National politicians did. My research makes clear the need for solutions such as citizens’ assemblies on election reform, which would take some decision-making power out of the hands of inherently self-interested politicians while providing a valuable new form of direct democracy.