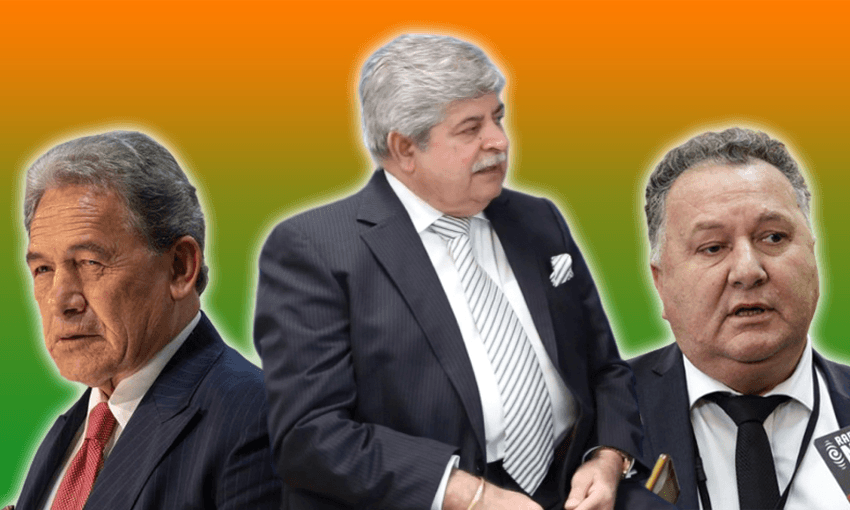 Mahesh Bindra has been a loyal member of NZ First for almost 15 years. But as an Indian-New Zealander, what does he make of members of his party attacking his community? Multicultural Times editor Gaurav Sharma reports.

Winston Peters, deputy prime minister and leader of New Zealand First, likes to say that his party is a party of common sense.

While that may be debatable, what’s certain is that whatever Peters – and by extension his party –  does, says and believes in, an average of 7% of our population has supported them over the last two decades.

So what does NZ First’s core voter base think about the persistent attacks on the Kiwi-Indian community by some of the party’s leaders? Whether it’s to do with the issue of culturally arranged marriages or international students coming from India, the vilification has continued.

Take the case of Mahesh Bindra, a Kiwi-Indian and former list MP for NZ First from 2014 to 2017. Bindra moved to New Zealand from Mumbai in the early 2000s and has been a loyal member of NZ First since 2006. In the last two elections, he stood in the Mount Roskill electorate with not so favourable results and was ranked 10 and 11 on the party list. In parliament, he was the party’s only migrant MP and served as the party’s spokesperson for ethnic affairs (interestingly, the party chose not to appoint a spokesperson for the current term).

In that sense, it’s fair that questions are asked of him about whether his party in general – and some of his colleagues in particular – appreciated and respected the Indianness in him. In a recent interview with The Indian News, Bindra acknowledged at the outset that these continuous attacks hadn’t gone down well with the Kiwi-Indian community.

On comments made by NZ First MP and minister for regional economic development Shane Jones, Bindra noted: “it’s just that sometimes we may not agree with his language, but what he says is emanating from people’s views.”

What’s telling and rather surprising, however, is that in the year since Jones made these comments, Bindra says the two haven’t interacted with each other.

But when they do – and surely they will with the election campaign season well and truly here – will Bindra express his displeasure to Jones? To this, he says: “I am not going to teach him English, as he is Oxford-educated, and I am not. But I will, and I have in the past, through channels.”

Bindra acknowledges that at least a small section of his party sometimes use language that might sound racist to some people. “Yes, of course. For example, in one of our annual general meetings, there was a suggestion made that seniors who are from other countries but [are] now New Zealand citizens should be given privileges after a longer period of time. I did not agree. It wasn’t racist [but] rather discriminatory, in my opinion. The objection was taken on board and the issue was sorted.”

And it will be good if he did so, at least in case of the Kiwi-Indian community.

In his capacity as foreign affairs minister, Peters made a state visit to India in February this year along with trade minister David Parker. But the Kiwi-Indian community was so indignant about “racist” comments on Indian students from the party that it lobbied hard with the Indian government to cancel Peters’ state visit.

While the Indian government in its wisdom chose not to do so, the Indian high commissioner to New Zealand, Muktesh Pardeshi, decided to take up the matter. Pardeshi says he was assured by the immigration minister, Iain Lees-Galloway, that such “comments did not represent government policy”.

“We are trying to create a durable partnership between the two countries – such statements certainly do not help the cause,” Pardeshi told Stuff at the time.

Bindra, however, defends his party on the issue and indicates his leader’s fondness towards India. “Winston Peters has said this to me many times: ‘I will be happy to interact with the world’s largest democracy rather than with a one party rule’,” he says.

But herein lies the uneasiness of that relationship: a party that sent a Kiwi-Indian to parliament also has members who attack Kiwi-Indians relentlessly. A party that wants to have better relations with India – even better than with China, as its leader says – is allowing some MPs to do whatever they can to damage that prospect.

NZ First, or at least some of these elements in it, would do well to listen to Bindra who, on the question of who is a Kiwi, sums it up like this: “once somebody is here legally, as a permanent resident, that person, where ever they come from, becomes a New Zealander”.