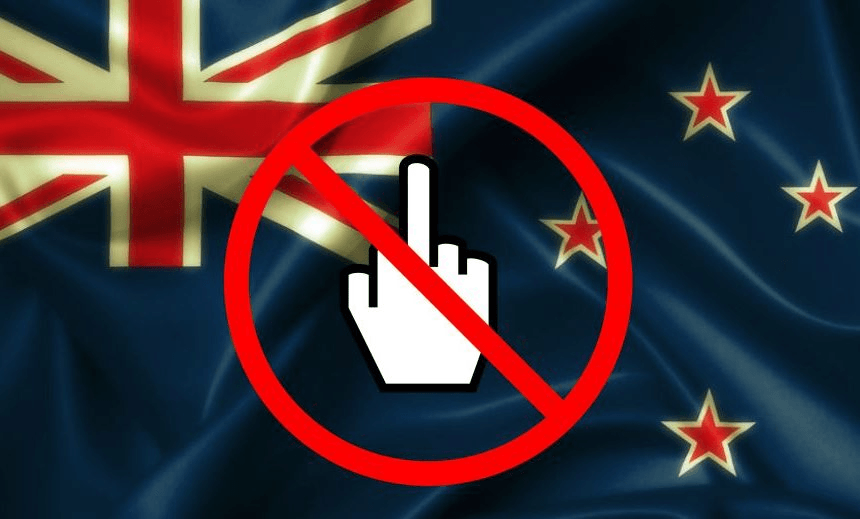 Flipping the bird at Secretary of State Rex Tillerson: an apology from New Zealand

By Aotearoa New Zealand
A country, basically
Made possible by

Crowds in Wellington today were seen raising their middle fingers at the motorcade carrying the American secretary of state. We’d like to take the opportunity to say sorry.

Donald Trump’s diplomat-in-chief was in the New Zealand capital today, and it welcomed him with grey skies and blustery rain. We’re sorry about that, Secretary Tillerson. This is terrible luck on your part: typically Wellington is a sub-tropical paradise, but every year or two a bad day just happens clean out of the blue. Stink one.

But that’s not the only reason we, New Zealand, are sorry.

For you were welcomed, too, with a chain of traditional Kiwi salutes. The streets were festooned, so they say, with big bird business fingers. And already they’ve made headlines the world over, engendering alternate waves of patriotic pride and embarrassment.

As Stuff reported it: “New York Times correspondent Gardiner Harris said he had been in a lot of motorcades but even he was taken back by the negative reaction. ‘I’ve been in motorcades for a couple of years now… I’ve never seen so many people flip the bird at an American motorcade as I saw today.'”

Would you believe us if we said that it was simply a gesture born of folklore, a tribute of a kind to the recently knighted All Black captain John Key: a one-way handshake?

Would you believe us if we said it was a salute to your own president, a celebration of his instrument of choice, his slender and vertiginous tweeting finger, his digital native, his towering inferno, his middle Twistie, his Covfefe-flapping bumper knuckle?

Would you believe us if we said it was a Wellington thing, a Hobbity wave – the famous Middle Earth middle finger?

The truth is – and a little humility is in order here – that it was an unforgivable act. It was selfish, unthinking and rude. It was insulting and ill-judged. Grotesque. Contemptible, even. It was self-indulgent; a gesture, you might well say, of vandalism.

Finally, we’d like to apologise for beating up on Gardiner before. He did nothing wrong and deserved none of it.