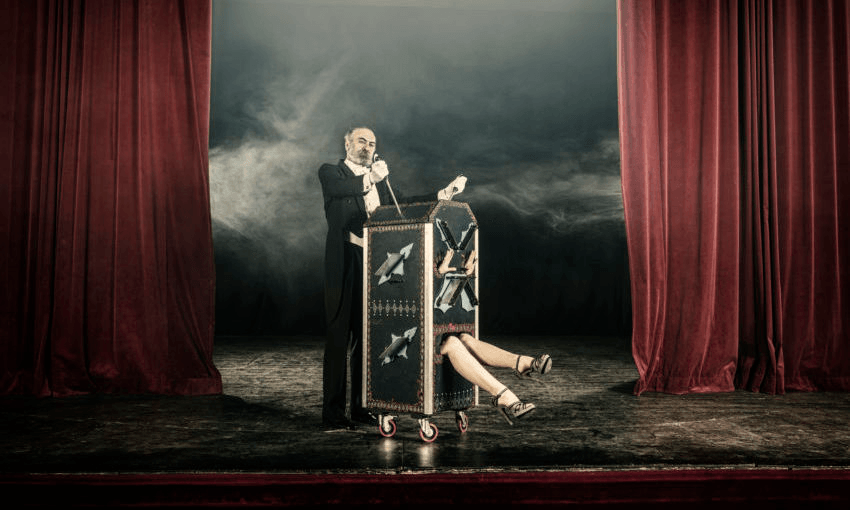 An artist responds to news that an application for funding has been unsuccessful. Photo: Getty

Why it is politically hard to care about the arts

An artist responds to news that an application for funding has been unsuccessful. Photo: Getty

The New Zealand arts community is reported to be furious with the government about its treatment. Isn’t it always, writes Ben Thomas.

In his story on the mooted changes to RNZ’s music delivery, Toby Manhire yesterday noted that “it’s fair to say that the arts and culture community in New Zealand is on the whole unimpressed with the Ardern government’s delivery for the sector in this term of government”. This sounds like damning criticism of the government and the prime minister herself, who holds the arts and culture portfolio, but is actually just business as usual for the sector.

In fact, it’s a stretch to call the arts a “community”. In politics, a community tends to be defined, however broadly, in terms of its interests. Those interests could be based on geography, ethnicity, sexual orientation or gender identity, or economic imperatives. The arts are a community more in the sense of the Balkans after the fall of communism – an intractable, internecine turf war based on ancient and obscure grudges.

The single mindedness and self-absorption often deemed necessary to create great art makes the sector a very unappealing one for politicians to try and make a difference in. Let me illustrate by way of an example from my own years working for the minister for arts, culture and heritage, because it’s cheaper than talking to my therapist:

In the first budget of the new National-led government in 2009, my then boss Chris Finlayson secured an extra $10.5 million in funding for the arts. The context is important here: the global financial crisis had rattled the world economy. New Zealand had entered recession even earlier, and a “decade of deficits” was predicted for the Crown. The finance minister, Bill English, had been very clear that unnecessary expenditure was out.

This posed a huge challenge for the arts, which relied primarily on government funding, but to a lesser – and still vital – extent on corporate sponsorship, one of the first casualties of a downturn in the big end of town. Finlayson proposed a rescue package of sorts to ensure the viability of national institutions, in particular in the performing arts which had high fixed overheads, including extra money for Creative New Zealand which would be used for sub-national organisations.

In the howling teeth of the GFC gale, this was more than just a gesture. It was my first budget as a press secretary, and I waited by the phone on budget day waiting for the unbelieving, grateful calls from arts publications, wanting confirmation they had read this incredible news correctly.

And I waited. Later in the day Google alerted me that the announcement had been picked up by a painting and visual arts blog, whose only comment was that it showed “The visual arts have been sidelined.” There was one phone call, from the Gisborne Herald. Their headline the next day: “No Budget funding for Gisborne arts”.

In hindsight, the lack of coverage was probably a blessing. I later heard that in post-budget focus groups, the arts funding boost had tested worst out of all the government’s announcements, including cuts.

This then is the political formula for funding the arts sector: the public hates it, and the arts community hates you for it.

This pattern repeated itself over and over again, each layer of the arts community fracturing into smaller and angrier cliques. Helping the NZSO infuriated the Auckland Philharmonic Orchestra, helping the APO infuriated other regional orchestras.

Long ago governments attempted to de-politicise arts funding, by delegating decisions to independent bodies. Creative New Zealand is an easy whipping boy, however. It will either be pilloried for ignoring online platforms and fresh diverse voices, or it will be criticised for gently letting unsustainable legacy publications like NZ Books drift off into the night. Either way, it is another reason to complain that the government of the day doesn’t care about the arts.

The incredible thing is not that the arts community is dissatisfied with Ardern, as it has been with all her predecessors, but that the prime minister – like her predecessors – wants to still keep trying. The artists can perhaps find solace knowing that just as they struggle on in their art without hope of payoff, acknowledgement or discernible reward, so too do the politicians who try their best to help.

Ben Thomas is a PR consultant and former press secretary to Christopher Finlayson QC, during his time as Minister for Arts, Culture and Heritage. These views and resentments are his own, nurtured over many years.