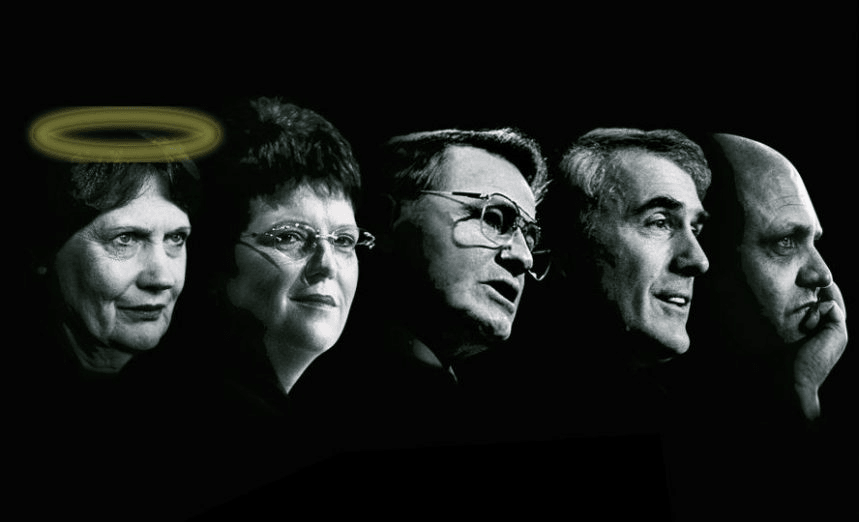 The shorthand used in The 9th Floor insinuates that Jenny Shipley’s prime ministership was somehow less legitimate than that of her successor, and that’s just not true, argues Paul Brislen.

I’ve really enjoyed Guyon Espiner’s The Ninth Floor series of interviews for RNZ with former prime ministers of New Zealand. I’ve learned a lot about Mike Moore that I didn’t know, had an enjoyable time of it listening to Geoffrey Palmer and was looking forward to the Helen Clark interview.

Of course the distinction is implied by the use of the word “elected”. That is, Helen Clark was the party leader when she led her party to victory and Jenny Shipley was not – she rolled Jim Bolger and became PM between elections. It suggests that Helen Clark’s prime ministership was somehow more legitimate than Jenny Shipley’s and that’s simply not true.

But I think it does matter. We have a problem with women in leadership roles in general in western civilisation. New Zealand has only had two women prime ministers and to suggest that 50% of them were somehow less legitimately elected than the others is ridiculous and frankly quite sexist. We don’t seem to have the same issue with the prime ministers who came to power between elections and who happen to be men.

There also appears to be an idea that the left can claim some kind of legitimacy from having the first woman prime minister that otherwise would be missing. This, too, is absurd – just look at the legacy both women have left and deal with the facts, not the myth. I think it smacks of a lack of confidence that the left regularly exhibits that should be stamped out. It’s unneeded and it undermines the actual successes that have provably occurred.

And in an MMP environment trying to suggest that prime ministers who come to the role between elections instead of at elections are somehow worth less than those who win elections is also quite a dangerous thing. New Zealand’s electoral system is vastly different to the US one (where the president and the legislature are chosen separately) and I for one am quite pleased about that. Having a leader who doesn’t have a majority in the House risks having someone in charge who isn’t capable of leading the country. They literally cannot get their policies enacted. Having the major party or parties lead the policy delivery role that is the key reason for having a government in the first place makes a great deal of sense and any move away from that is a bad thing in my view. I would expect to see more prime ministers in future who come to the office between elections and that’s a very good result if only from a cost perspective.

I believe Helen Clark was a better prime minister than Jenny Shipley. I believe she achieved more, lasted longer, kept her government together and delivered a more coherent platform of policies over a longer period of time. I believe she was right to send troops to Afghanistan and right to keep them out of Iraq. I believe the anti-smacking legislation and the decriminalisation of prostitution were both moves to a more civil society and we are better off as a result.

Join the discussion about this article at our Facebook page (direct link here).