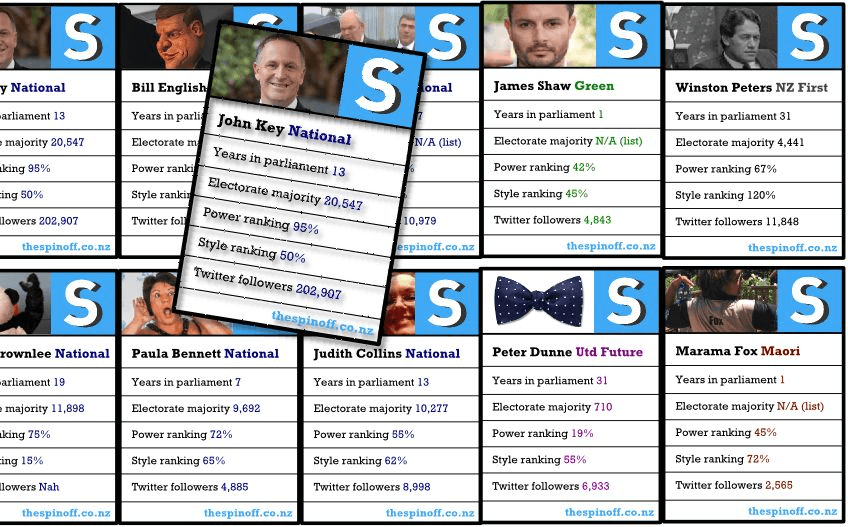 To mark the beginning of the parliamentary year, the Spinoff presents a fun and mildly educational game, inspired by Top Trumps, in which MPs are pitted against one another on the basis of their career stats – years in parliament, majority and Twitter followers – and some arbitrarily assigned ratings, power and style. All complaints should be directed to your local MP.

Print out the cards, shuffle and deal. Each player looks at their top facing card, while shielding it from their opponent. The non-dealer begins by naming a category – the player who has the MP with the higher rating in that category takes both cards and calls the next category. If that isn’t clear, contact your local MP.