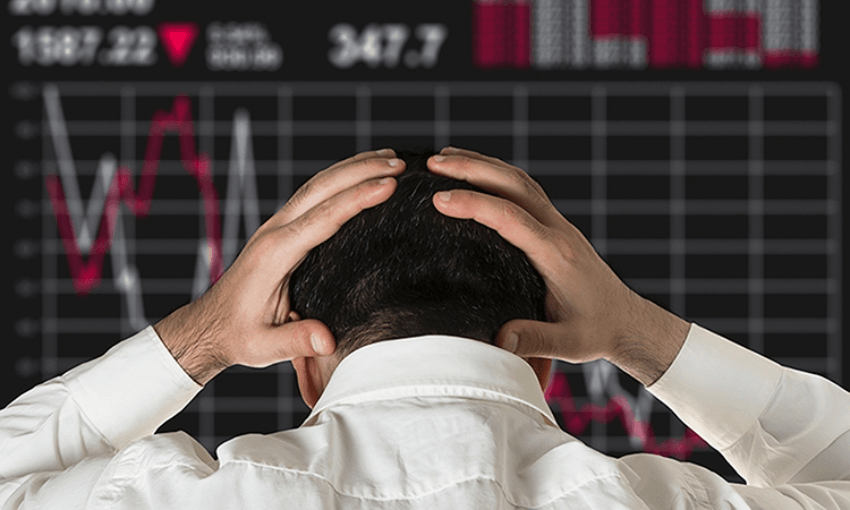 There is an alternative: Saving the environment without saving capitalism

By Karen Davis
Guest writer
Made possible by

A recent suggestion that capitalism was the only system capable of fighting climate change and environmental degradation sparked a lot of controversy. Here, long-time activist Karen Davis offers a rebuttal.

There’s a tendency among beneficiaries of free market capitalism to repeat the mantra of Margaret Thatcher: There Is No Alternative. That’s especially the case when anyone suggests the reigning in of unrestrained growth, and rising carbon emissions.

In a recent piece on The Spinoff, Opportunities Party leader Geoff Simmons argued that “despite all the talk about capitalism being the problem, nobody has proposed a coherent alternative for how to do things.”

But there are many alternatives. And we see them in action all the time, even if we don’t recognise that they give glimpses of different ways of organising the world.

It can help to look at the economy as an iceberg, as Australian-US writing partnership JK Gibson-Grahame did. As with any iceberg, 90% of the mass is not visible, hidden under water. The visible part, capitalism, is what is regarded as “the economy”, but there is much more underneath. It can also be useful to look at the model developed by economist Hazel Henderson – a three-layer cake. Those layers are the state sector, the not for profit community/family sector and the environment, which collectively underpin the icing layer of private for-profit enterprises.

For local examples of these ideas, Marilyn Waring’s book Counting for Nothing showed how most economic data excluded the work of indigenous peoples and women because it wasn’t part of the paid, capitalist workforce. And non-profit community economic development  is one of the strategies Māori are using to rebuild their assets and strengthen collective resources, such as He Iwi Kotahi Trust in Moerewa.

While capitalist, shareholder owned, for profit enterprises certainly dominate the amount of money circulating through them and profits being generated into private hands, that’s not how many people experience the economy. More people get their wages and everyday needs met by state services, not for profit social services and community enterprises, whanau, family, friends and the environment. More people are employed in the health and education sectors, run by the state for the collective good of all taxpayers, than the number of people who work in private agriculture or tourism.

People who think capitalism can and will save us often mistake the economy of  a country with the private creation of profit for shareholders. But they are not the same thing. Capitalist for-profit enterprises are one part of the economy, but unfortunately the part that is given the  most power through the amount of private wealth it generates.

It’s difficult to separate the two, because a lot of business commentary is about capturing the mood of the market and whether it is going up or down. But what the commentary is really talking about is the willingness of shareholders to invest in private companies based on the likelihood of profit. If capitalist wealth is not growing, the economy is declared to be in crisis, rather than a crisis being defined by whether the needs of the wider population is being met. And since the last Global Financial Crisis, a huge share of newly created wealth has simply accrued to those who are already very wealthy.

The real crisis, of course, is climate change, which has been heavily driven by the need to generate profits. We see it in dairy herds expanding into drought prone areas of Canterbury, the reluctance to fund public transport over the profits in private car sales and petrol, and a hundred and one other examples of capitalist profits taking precedence over social, cultural and environmental needs.

This is where we need to recognise the strength of the non-capitalist parts of the economy. The government provides work and services , but also the power to regulate capitalism. Remember the banning of CFCs to combat the ozone hole, or the regulation and reduction in for-profit tobacco sales, which had benefits for the health of everyone.

There are many owner operated small businesses that provide essential trades, retail, services that keep money circulating in our local economies. Some marae, hapū and iwi enterprises continue the economic models that were here before capitalism. Not for profit community economic development and social services provide service and jobs where other people have given up, with any surplus going back to the community to provide more support. Sports groups, volunteer organisations, cultural groups, families, schools – they’re all part of sharing resources and meeting needs, everything successful economies should be doing. If it is possible to keep doing all of this without the profit motive, then why not apply these lessons to bigger problems?

Capitalism is not the world – it’s one part of the economy, existing within human society living on our one finite planet. It needs to know its place.