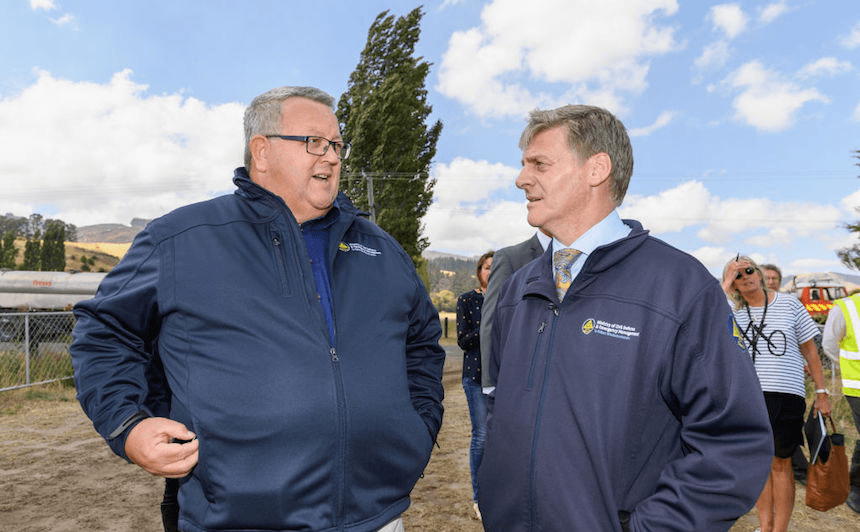 Brownlee contradicted his PM on Israel and survived. In any other country it would have been a huge deal

The new foreign minister is lucky that so little fuss was made when he unilaterally abandoned the government line on Israel, writes Toby Manhire.

At his post-cabinet press conference yesterday, Bill English voiced an age-old axiom of international relations: “In this world of diplomacy, each word matters.”

He was answering a question about the newly appointed foreign minister Gerry Brownlee’s comments on Israel; specifically, Brownlee’s apparent repudiation of the stance taken by his own predecessor and his own government on Resolution 2334. The UN security council resolution, co-sponsored by New Zealand and passed unanimously just before Christmas last year, called Israeli settlements in occupied territories a “flagrant violation” of international law, as well as condemning all acts of Palestinian terrorism.

Israel responded furiously to the resolution, removing its ambassador from New Zealand and withdrawing diplomatic access to New Zealand’s ambassador to Israel, who is based in Turkey. Prime minister Binyamin Netanyahu went so far as to suggest New Zealand’s co-sponsorship of the resolution (New Zealand stepped up after Egypt capitulated to pressure from president-elect Trump and dropped its sponsorship) amounted to a “declaration of war”.

In those circumstances it is understandable that Brownlee, in one of his first acts of foreign minister after taking the wheel from Murray McCully, sought to extend an olive branch, writing a friendly note to Netanyahu. Less understandable were his remarks, on RNZ, that the resolution itself was “just premature”. He continued, apparently making it up as went along, to suggest that UNSC resolutions were misguided if they were “demanding an outcome”, and “the value of any resolution is in how much support it gets and the willingness of the parties who are having the resolution imposed upon them to accept what’s in it.”

OK, but was the resolution right? “I’m not going to make a statement about whether we were right or wrong.”

Answering parliamentary questions in Brownlee’s absence, deputy PM Paula Bennett last week said the new foreign minister remained “very focused on actually supporting the resolution that we put forward”. And what did he mean by “premature”? Bennett set off on a different tack: “I believe those comments around being premature were more in light of the fact that we would have liked to have given Israel notice of the resolution, and our part in that, but did not.”

After all of that, English was by contrast an exemplar of diplomatic tact in his own comments yesterday. New Zealand had not shifted its position, and stood by the resolution. Brownlee “was just trying to find the right language”, soothed the prime minister. “Well, he’s getting familiar with the language the government’s been using around it, and in this world of diplomacy each word matters.”

English was hardly going to make a song and dance about a mistake made by the man he’d just put in charge of New Zealand’s foreign affairs, but this was nevertheless a serious rebuke. Brownlee, who has conceded he has some learning to do, can count his blessings that it received only modest media attention. In many countries in the world, a slap-down of the foreign minister over comments on Israel that contradicted the official position would generate massively more prominent headlines. Israel-Palestine, after all, is hardly a niche issue – it’s probably the most consistently pored-over dispute in international relations across the last 50 years. Here, more than anywhere, “each word matters” – the semantics of the dispute are almost an industry in themselves.

Brownlee has barely got his feet under the desk, so it would be – how to put it? – premature to suggest that his job’s already at risk. His experience, his clout within the National Party and his political intelligence lend him all the right qualifications for the role. But messing up over NZ’s position on Israel, coming after a stuttering performance over right for New Zealanders in Australia, adds to questions over whether he has the right temperament. Another snafu and he may not be so lucky.