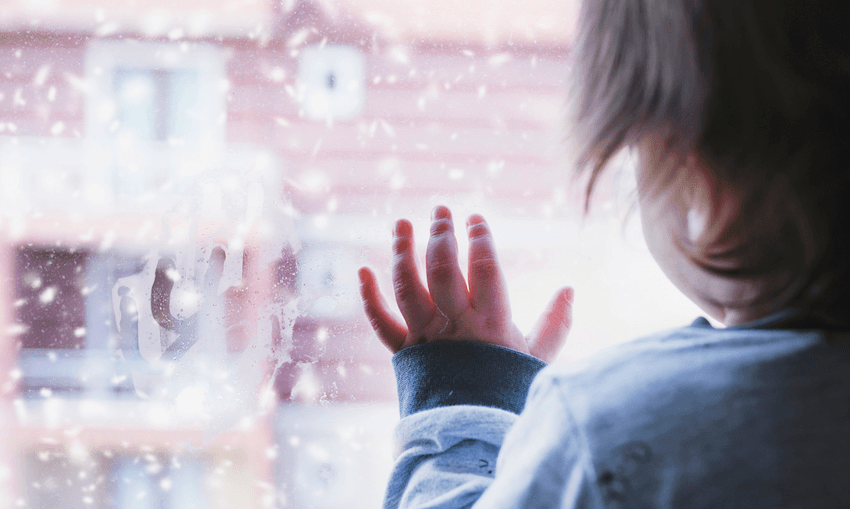 I begged for help for my special needs child – and I got it. But there’s a catch

Jai Breitnauer wrote that she was at her ‘wit’s end’ over a lack of funding for her child with autism spectrum disorder. Then the Ministry of Education stepped in. Is it a happy ending? Only sort of, she writes.

In March I wrote a deeply personal, and quite sweary, essay about how shit the education system is if you have a child with an additional need, be that need be physical or neurodiverse. I was at the end of my tether, I really didn’t know what was next for our family, so I did what I do best and put pen to paper. The result was crazy.

The article, I’m told, had over ten thousand unique views in the first 36 hours it was live. I was inundated by emails, iMessages, tweets and tagged Facebook comments, and not a single one was negative. The outpouring of aroha – from those who had shared my family’s experience, and those who hadn’t – was incredible. And in amongst the solidarity came a phone call from the Ministry of Education – our application for the Intensive Wraparound Funding (IWS) we so desperately needed was being reviewed. By the Easter break we were given the good news: we had it.

Thanks MoE, I’m glad you saw sense, but unfortunately, I’m not done yet. You see, we are just one family among hundreds of needy families. I’m really glad that my article drew attention to our case, and that you were able to review and see that mistakes had been made. But what about the others out there who don’t have a platform and, like me, were unaware there was a route of appeal? Yes, that’s right! It’s not a one-way street after all – you can request a review if your application falls flat. If you’ve been turned down for IWS I suggest you speak with your MoE representative to find out the details – and if you’ve been turned down for ORS, HCN or even RTLB then I suggest you push for a similar reconsideration of your child’s needs.

While it’s fantastic to know that us parents aren’t as screwed over by the system as most of us had been lead to believe, a review still doesn’t necessarily guarantee success. Even if your child meets the criteria for help, there is still the thorny issue of money to be considered, and there simply isn’t enough in the system to go around. What worries me is that the people in charge don’t seem to have realised.

Just before the Easter holidays, children’s minister and education minister Tracey Martin did a quick segment on One News Breakfast to talk about how additional money for early intervention around SEND in early childhood education (ECE) has not been that successful. Last year, $21.5m was pledged over four years as an emergency measure to try and bridge the gap between diagnosis and support at a crucial time in a child’s development – but in spite of that the delay has got worse, rising from 74 days to 100. Martin’s response? “We have more children with more need … (but) ultimately, throwing more money at this problem is not going to fix it.”

Hang on, let’s back the fuck up.

Martin admits herself that the need is increasing. Her own figures are a 21% increase in behavioural issues and a 15% increase in communication issues since 2015 in ECE alone – but apparently raising the funding level isn’t the answer. So, what is? Changing the system, she says. Martin tells us that poor workforce planning and too much pressure on the existing structures are to blame. That it will take three to five years to train more specialists to support the system, but that the roll out of the new Learning Support Coordinator roles and moving toward the cluster structure, so passionately hated by the Community Schools Alliance (CSA), will put us on the fast track to success.

Now, don’t get me wrong, I’m a supporter of change. The system is broken, regardless of what the CSA are saying. Don’t mistake their need to protect their kingdoms with genuine concern for the state of the education system. While I have plenty of friends on school boards of trustees (BoT) and know they are doing good community-based work, I also know many parents who have been on the sharp end of the cronyism and misunderstanding that, in some schools, has disadvantaged children with extra needs and disabilities. (I’d also like to know where this statistic they keep spouting about 93% of schools not needing any intervention has come from. I’ve asked them several times through several different mediums but I’ve still received no response. When I contacted ERO, they confirmed they’d never published a statistic like this, and could not tell me where the CSA might have got it from.)

Change is coming and I welcome it. But any system needs to be properly funded. And if $21.5m wasn’t enough to provide ECEs what they need to get early-years intervention right in this system, then it won’t be enough in the next system – because the number of children is only going to increase.

No doubt, when the government made the additional funding pledge, a whole pile of families and ECE teachers who had been sitting on an application through fear of disappointment came forward. More money, after all, should surely mean more success. I’d guess that at least part of the reason the $21.5m has failed to bridge the gap is because the government don’t understand the scale of the need. It’s like quoting for any job – you can’t order bricks for a house or bread for a café based simply on the amount of money you’ve got spare. You need to know what the demand is, what it will cost and budget accordingly.

I’ve had a lady contact me whose son was turned down for RTLB support due to a lack of funding. His learning is well behind his peers, but they were told to re-apply in term three. Then there’s the family whose access to a full-time specialist TA has been cut due to budgeting issues. She can’t attend school full time without that support. Most horrifying is the lady whose son hasn’t been to school since February. Formally, he’s been suspended by the BoT for his behaviours – which are related to a diagnosable condition – and they can’t give her a date when he will be invited back because they don’t have the resources, human or financial, to make sure both he and the other children at school will be safe.

Time and time again I’m told by teachers, parents, caregivers, SENCOs, TAs and those who work in advocacy, that children are missing out because of a lack of funds. So, change the system Tracey. Get it working. Give our most vulnerable children the leg up they need to show their totally awesome selves. But don’t think that systemic change is a substitute for adequate funding. You need to get clear details on the level of need that is out there, and use it to command an adequate share of the upcoming budget. If you can’t get the treasury to stump up the cash, then your political legacy will be nothing more than implementing changes that failed.